Even though it is the size of nearly seven football fields, Cedar Hills Regional Landfill is running out of room. King County leaders are weighing their options about where garbage should go in the near future. 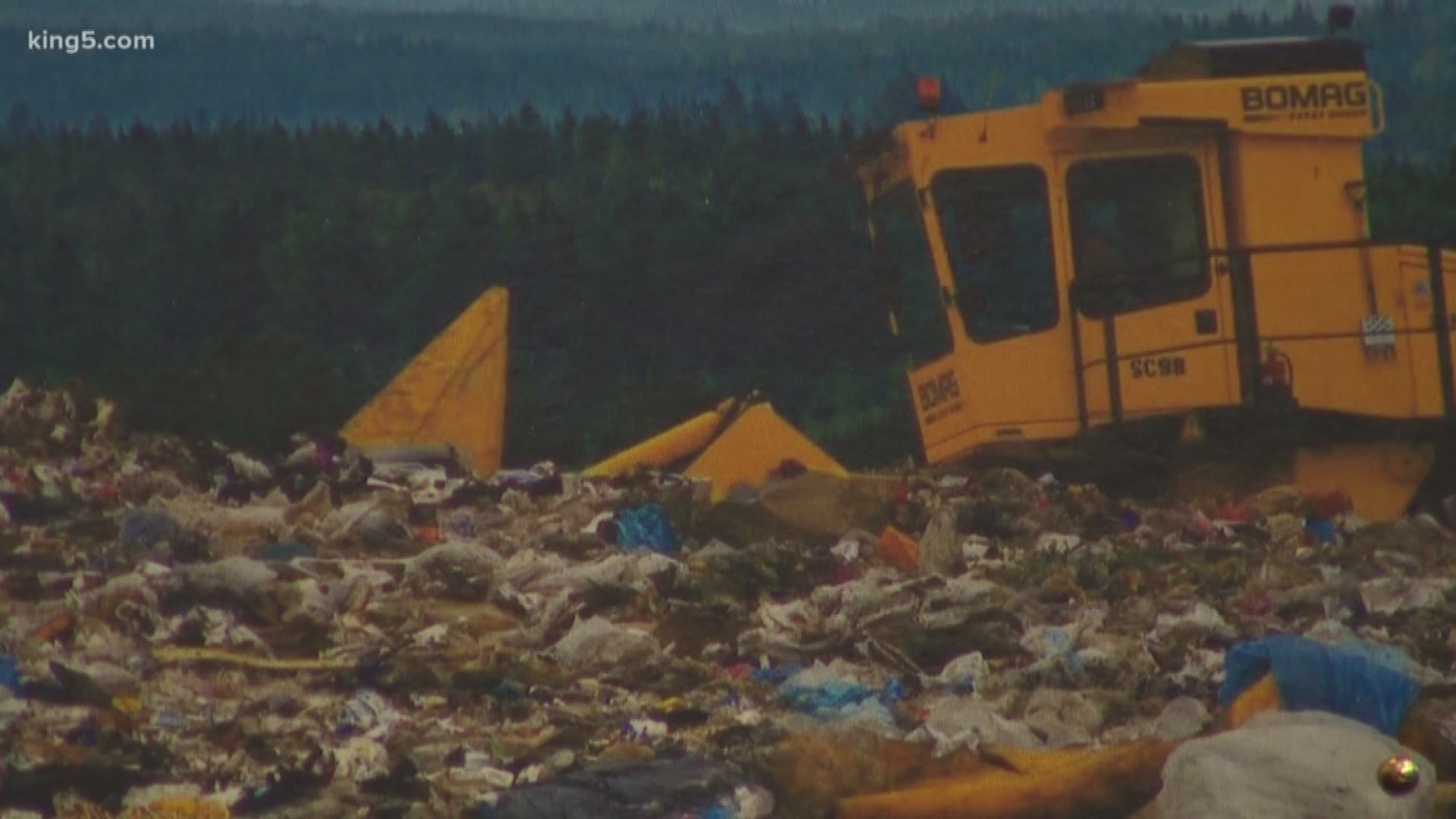 The question in King County is where the garbage will go.

"The Cedar Hills Regional Landfill is going to be reaching its design capacity by 2025," said McLaughlin. "We really have three options on the table."

The first option is to develop in Area 9, the last place where the county can expand at Cedar Hills. It would involve moving a parking lot and administrative trailers so that more waste could be dumped. It could extend the life of the landfill to at least 2040, according to McLaughlin.

"That has the least rate impact to our customers, and it has the best environmental impacts as well," he said.

The second option is to put the trash on a rail system and export it hundreds of miles away to an out-of-county landfill.

“There are some capacity risks and some costs associated with that, but it does work as an alternative,” said McLaughlin.

The third option is to build a waste to energy facility that would incinerate the garbage and generate energy.

"That too is a viable alternative. It is more expensive and more complex in order to implement," McLaughlin explained.

He is in favor of extending the life of the landfill.

"I think that there is broad support to move this forward recognizing the environmental, financial, and service benefits of continuing to manage our waste locally," said McLaughlin. "It also provides us with a long planning horizon from which we can decide what is the next best disposal alternative because the landfill won't last forever."

"We could stretch it to 2040, but then we are left with no asset and no place to put our garbage, and that is, in my mind, not prudent," said Lambert. "I would like to see us open a modern waste to energy plant."

“Waste to energy is a very expensive approach, and estimates have exceeded $1 billion in terms of capital costs," said McLaughlin.

According to Lambert, a waste to energy plant built three years ago in Florida cost $800 million.

"That is not that much money for something that you are going to amortize over 70 to 100 years," said Lambert.

But the garbage keeps piling up at the landfill.

"At the end of this year we will have to make a decision," said Lambert.

When asked about the timeline, McLaughlin said, "we need to make a decision before the end of the year."