Two housing groups are demanding the county make changes to simplify the process while a council member has also proposed legation to expedite the process. 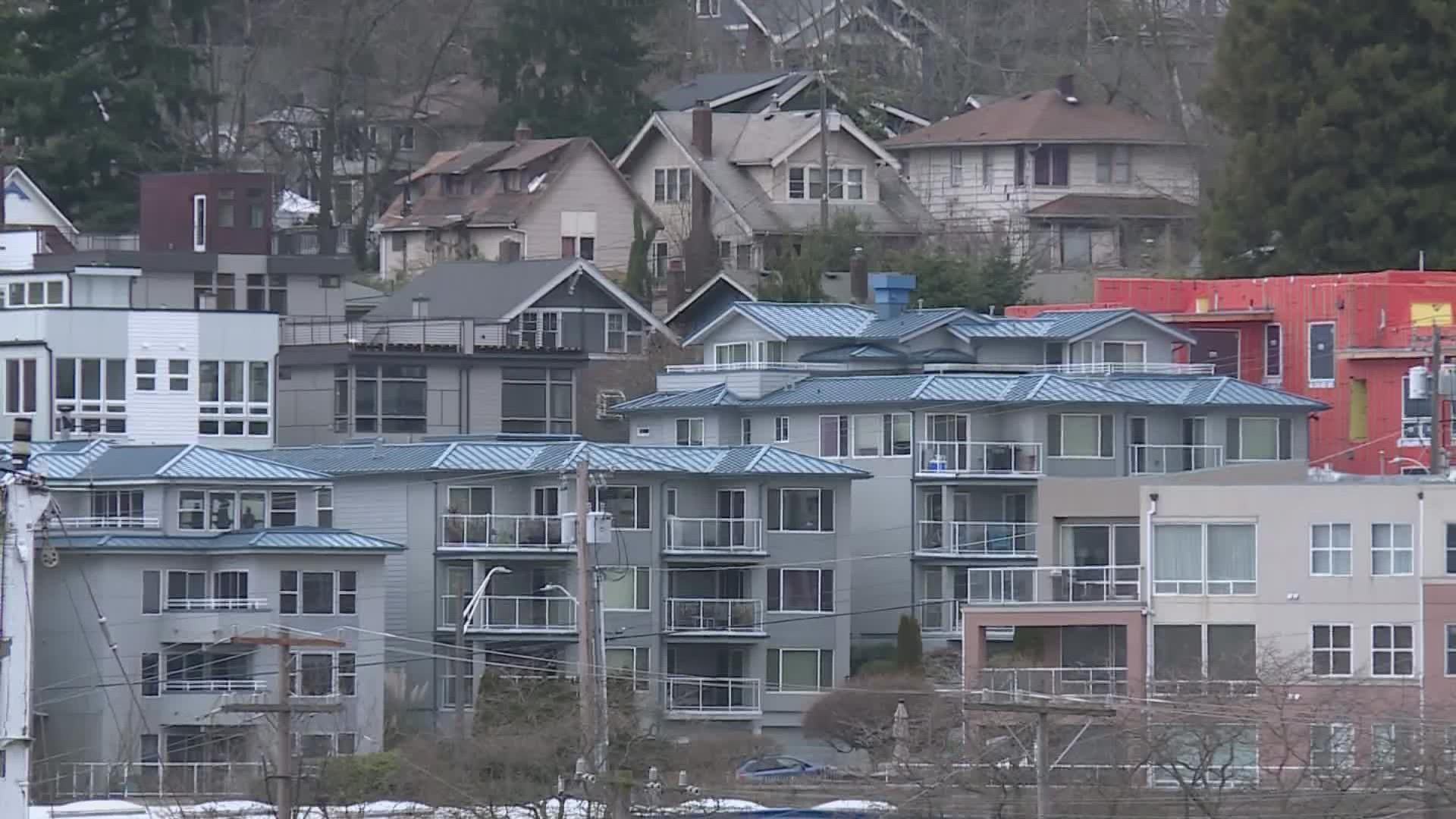 SEATTLE — King County housing groups are demanding the county make changes to its rental assistance program, which has been slow to distribute necessary funds.

The groups said the program is overburdened by unnecessary requirements, which they write, "create barriers, delays, and decrease participation in the Program denying assistance to families and housing providers in need of immediate emergency rental assistance."

The letter comes as the state's eviction moratorium is set to expire at the end of September.

The King County Housing Justice Project pointed to data from the Washington State Department of Commerce to highlight the slow pace of the county's rental assistance program. The data shows King County administered zero dollars in May and June while almost every other county in Washington distributed some amount of money. The smallest being $8,787.50 in Whatcom County in June. The highest was Snohomish County, with more than $6.7 million for June. King County's data did not include assistance directly awarded from the Treasury.

Dunn is putting legislative pressure on the executive. He has proposed a measure to the County Council to expedite financial aid.

"My argument is that we need to spend a little money to get a lot more money out the door," said Dunn. "We need to hire some additional employees, some additional staff, we need to cut through the bureaucratic tape to streamline the distribution of these dollars, so that people can pay their rent. I'm seeing it's not just renters who are struggling right now, it's landlords. I have landlords in my district that are going to food banks because they're on the hook for everyone else's mortgage."

Executive Dow Constantine's office said there is a new system in place that should allow applications to move at a faster pace. His office highlighted a blog from the county's Department of Community and Human Services, which says it's working to urgently increase payments to tenants and landlords.

In June, Gov. Jay Inslee announced the eviction moratorium bridge, which was created to give counties additional time to pay landlords. Dunn hopes his legislation will help gets funds to people in time.

"I don't think, without Herculean efforts right now, we're going to get there," said Dunn.

Dunn said he's expecting a committee vote on the legislation next week. The legislation requests a report to address why there have been delays. The report would be due Nov. 1, 2021.