The King County Sheriff's office says the horses were left on a 4-acre piece of land with no food or shelter. 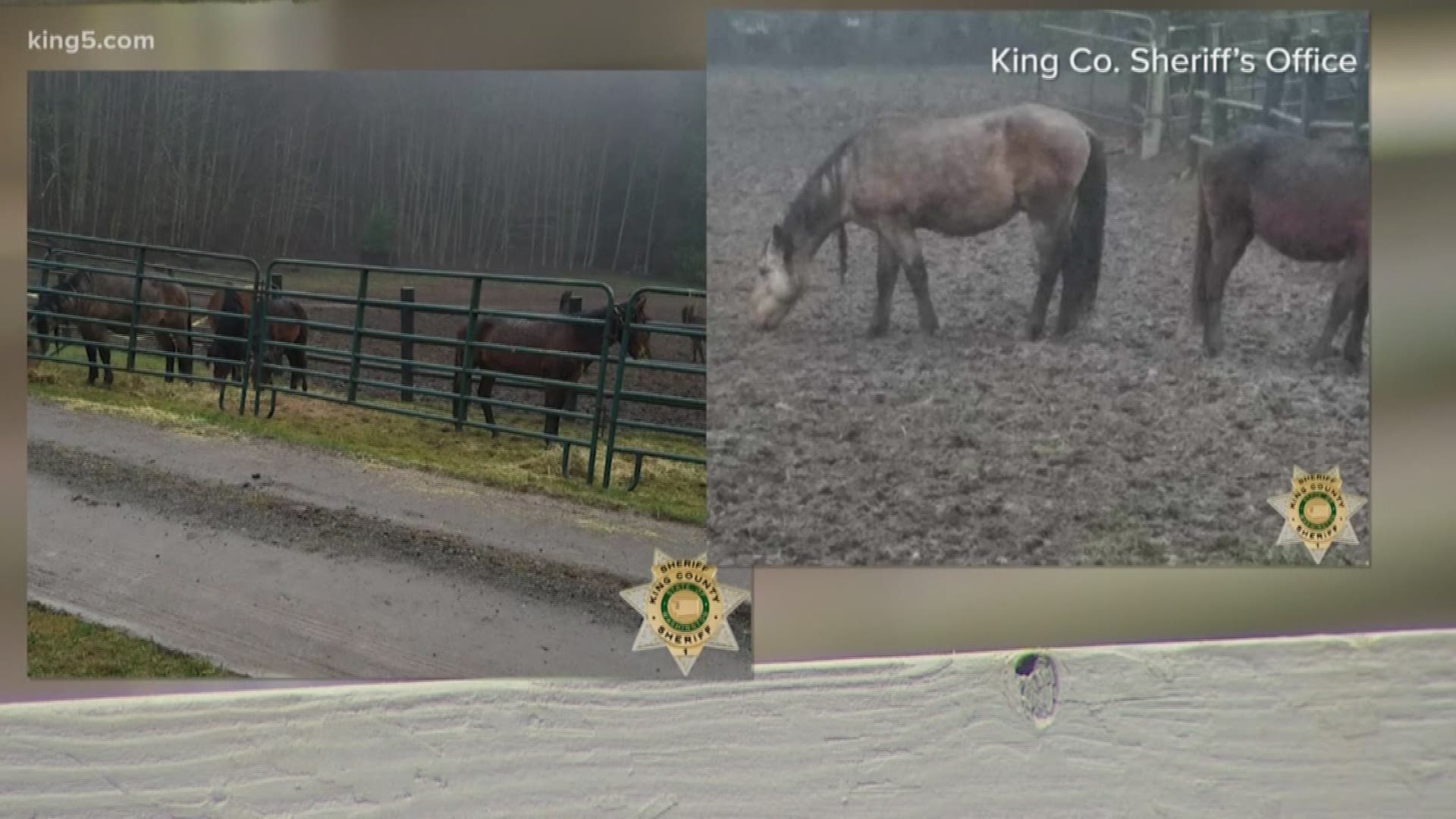 ENUMCLAW, Wash. — Two dozen horses abandoned on a property in Enumclaw with no food or shelter were rescued over the weekend by King County Sheriff deputies and several volunteer organizations.

The owner of the property in the 38300 block of 324 Place S.E. called SAFE Horse Rescue on Dec. 2 to report that a woman contacted him in August to see if she could borrow some of his land to house the horses until she found a permanent solution.

He let her borrow the land thinking it would be just for a few weeks, but over the course of several months reports started coming into Save A Forgotten Equine (SAFE) Horse Rescue saying the animals were not being fed and had been left on the property, according to King County Sheriff officials.

SAFE contacted the King County Sheriff's office and detectives immediately got to work.

On Dec. 7, detectives served a search warrant on the property. The 25 horses were removed by SAFE and will eventually be available to the public for adoption.

The owner of the horses was identified by law enforcement as Sharon Hunter, 61.

She had an outstanding warrant for her arrest out of Snohomish County for animal cruelty, according to King County officials. She appeared in Snohomish County Monday, and was ordered not to board horses.

She said the horses on the Enumclaw property were being fed only every few days, and the herd was out-competing older and ill animals for food, causing them to decline faster.

"And so they had eaten the bark off trees, eaten every bit of grass on the property and turned it to mud," she said. "They were all standing in about ankle deep mud, and urine and feces."

"The woman that's taking in these horses considers herself a rescuer, and I think at some level she does believe she's doing good," said Hammond. "She has saved these horses from going to slaughter. But the problem is she does not have the resources, or the land, or even the ability to care for the number of horses that she's taken in."

The King County case involving the horses remains an open and active investigation. No charges have been filed.

SAFE asks anyone report instances of horse neglect to them or authorities.