Local advocates and policy makers are meeting with gun violence survivors to talk about how to prevent gun violence. 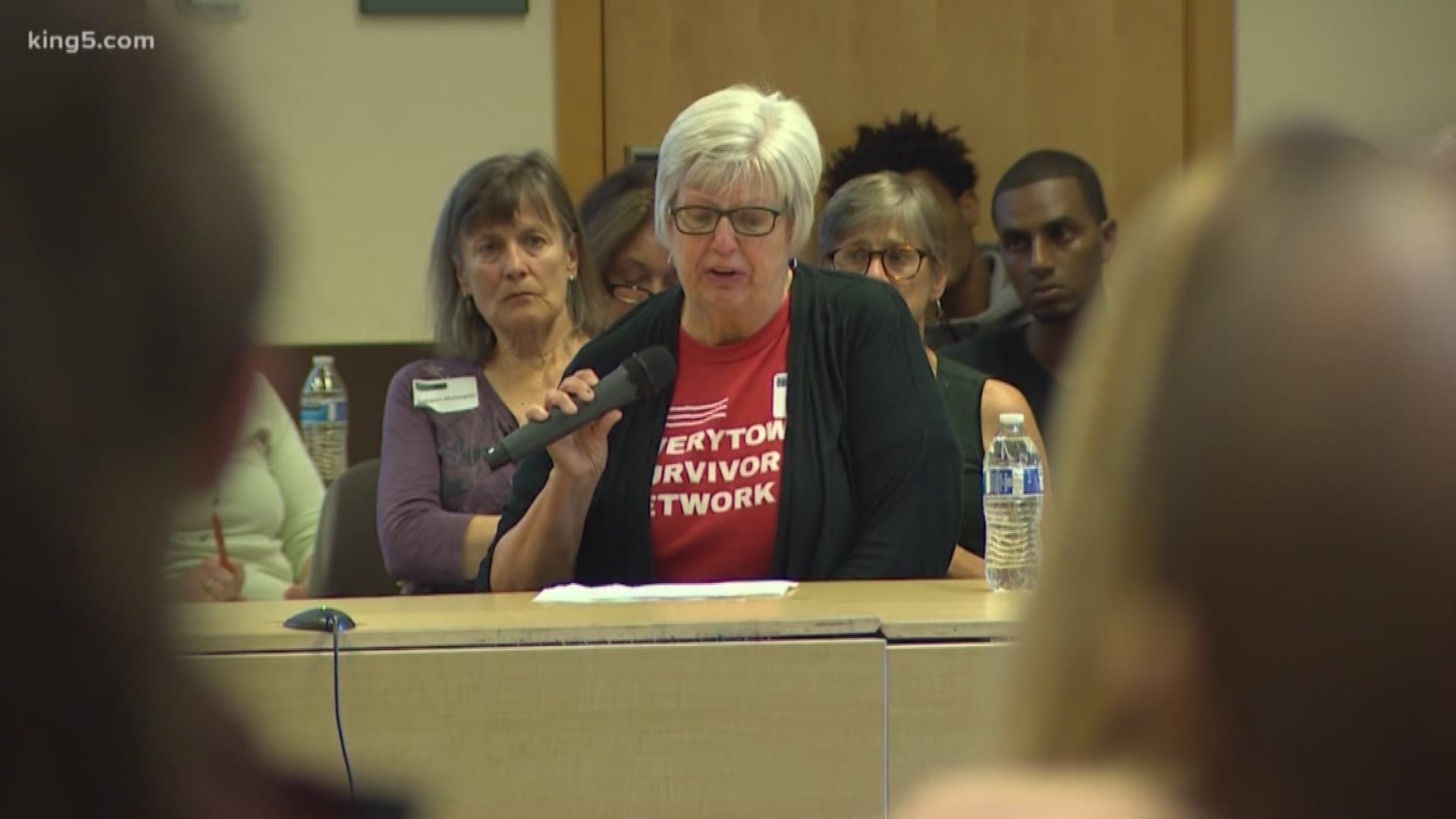 KING COUNTY, Wash. — Jane Weiss has gone from a grieving aunt to an advocate for gun violence prevention, after what happened to her 19-year-old niece, Veronika Weiss.

"There was a very angry shooter who had written and uploaded manifestos and videos of his goal of killing all the pretty girls," said Weiss.

The shooter opened fire in Isla Vista, California on May 23, 2014. Veronika Weiss, a U.C. Santa Barbara student, was one of six people killed.

"Five years later there is still a lot of pain," said Jane.

She shared what happened and how her family struggled with the tragedy during a public health summit hosted by the King County Board of Health Tuesday night.

"We are having a summit on prevention of gun violence. We have a public health crisis in our community when over 35,000 Americans die by firearm in a year," said King County Councilmember Joe McDermott.

McDermott says one way the public health message is being communicated is with a new requirement for gun shops to put up a warning sign for customers.

"It will speak to the increased likelihood of dying by firearm violence if a firearm is in the home, and therefore the health effects of having a firearm," said McDermott.

Taking issue with that is Wade Gaughran, owner of Wade's Eastside Gun Shop.

At the Second Amendment Foundation, Alan Gottlieb is pushing back too.

"They are trying to make gun ownership a communicable disease, and it is really kind of stupid. It is just demonizing guns and gun owners. This isn't about public health, it's about politics," said Gottlieb.

McDermott says the focus of the public health summit "is not to eliminate firearms. It is to eliminate the violence that comes with it and the loss of life."

The summit, hosted by the King County Board of Health continues on Wednesday, 6 p.m. to 8:30 p.m. at the YWCA Greenbridge Learning Center, located at 9720 8th Avenue SW in Seattle.