The ordinance would give grocery store workers in unincorporated parts of King County the extra $4 per hour wage boost during the pandemic. 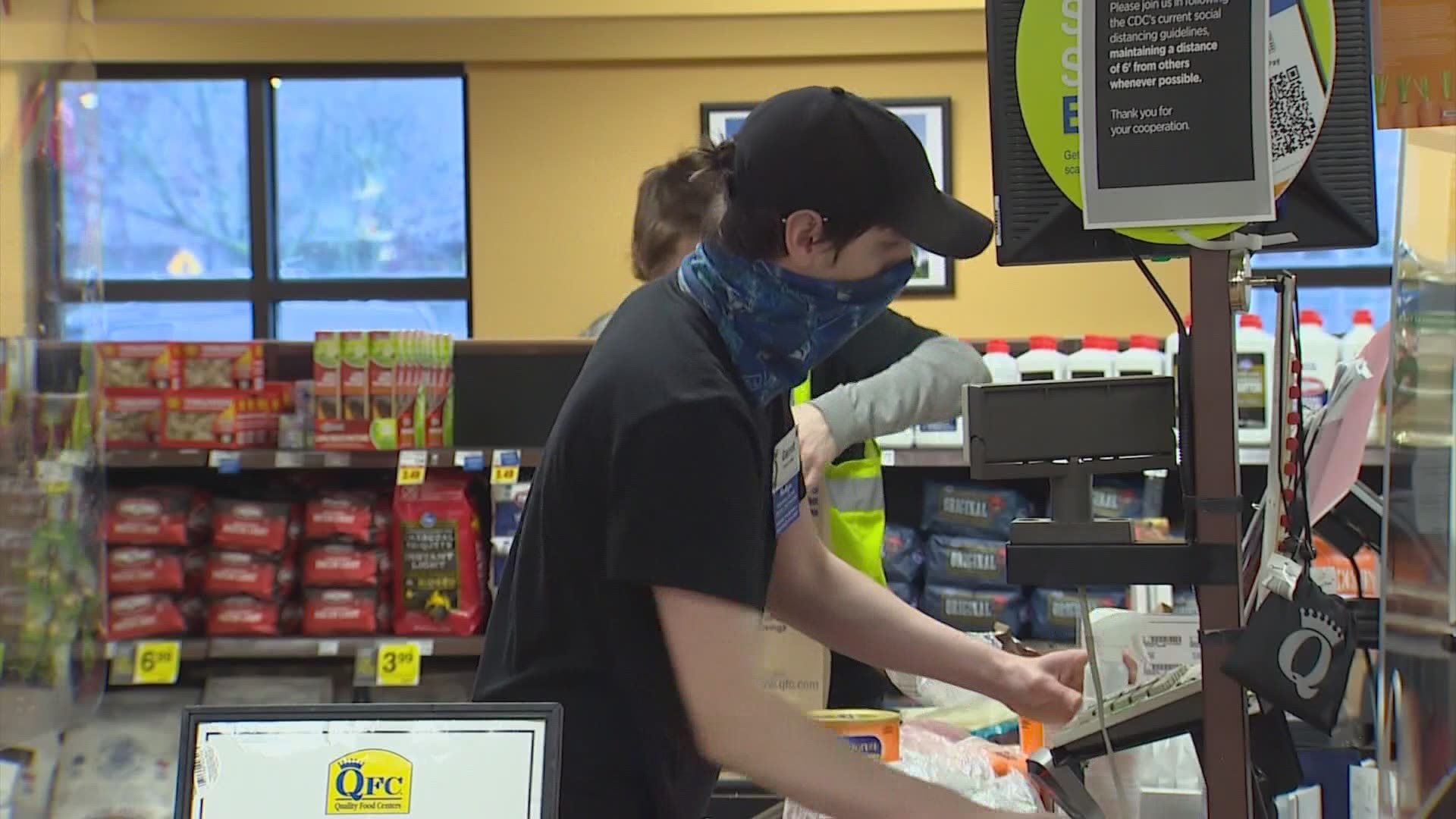 KING COUNTY, Wash. — Some grocery store workers in unincorporated parts of King County could get an extra $4 an hour in hazard pay if the King County Council approves the measure this week.

Last week, several grocery workers testified in front of the council saying they're exhausted, both emotionally and physically.

"This past year has been tremendously stressful on a lot of us," said Safeway worker Stephanie Brown. She told the council she had to move out of her home to avoid exposing her mom to the virus.

King County Councilmember Rod Dembowski said hazard pay for the workers is the right thing to do.

"It would give them a $4 boost during the pandemic emergency for the additional risk and really hard duty they've been taking to make sure our food supply keeps going strong," said Dembowski.

King County would be the latest jurisdiction to enact a hazard pay ordinance. Seattle and Burien already enacted similar measures and are now dealing with litigation.

RELATED: Lawsuit over Seattle grocery hazard pay comes as some stores embrace it

After Seattle enacted the $4 per hour hazard pay, QFC announced the closure of two stores it labeled as underperforming and said hazard pay was a factor.

KING 5 asked Dembowski if the council has considered the possibility more stores could close if the measure is approved.

"That's always a concern and so we focused this legislation on larger more profitable stores," said Dembowski. "In fact, we've exempted small stores and stores in economically depressed areas where it might lead to a food desert."

Dembowski estimated about 10 larger stores and a few thousand employees would get the extra money. The pay would end when the COVID-19 emergency is lifted by the county executive.

Tom Geiger, who is part of a union representing grocery workers, said the extra pay will help workers feel respected and cover their expenses.

"Whether it's dealing with loved ones or dealing with housing, there's an extra cost to working through this pandemic," said Geiger. "They’re on the front lines, they’re encountering thousands of customers a week and they’re stressed."

Many large grocery stores provided hazard pay to workers for a period of time last spring, but then discontinued it.

"They’re overworked, they feel exposed. With the hazard pay, they felt as they were being recognized," Geiger said.

The Northwest Grocery Association and Washington Food Industry Association said the county should first focus on getting grocery workers vaccinated. The organizations issued the below statement about the ordinance:

"It is unfortunate that days after Governor Inslee’s announcement prioritizing grocery workers for the COVID-19 vaccine the King County Council can’t allow this critical safety measure to first be implemented. NWGA and WFIA have continued to say that extra pay does not make workers safer, vaccines do. Passing an unfair, illegal, and burdensome pay increase that jeopardizes neighborhood grocery stores will do nothing to make grocery workers safer. We encourage King County to focus first on prioritizing vaccine distribution to the grocery workers in their communities."

The hazard pay ordinance still has to be approved by the entire King County Council, which is set to vote on the subject Tuesday. 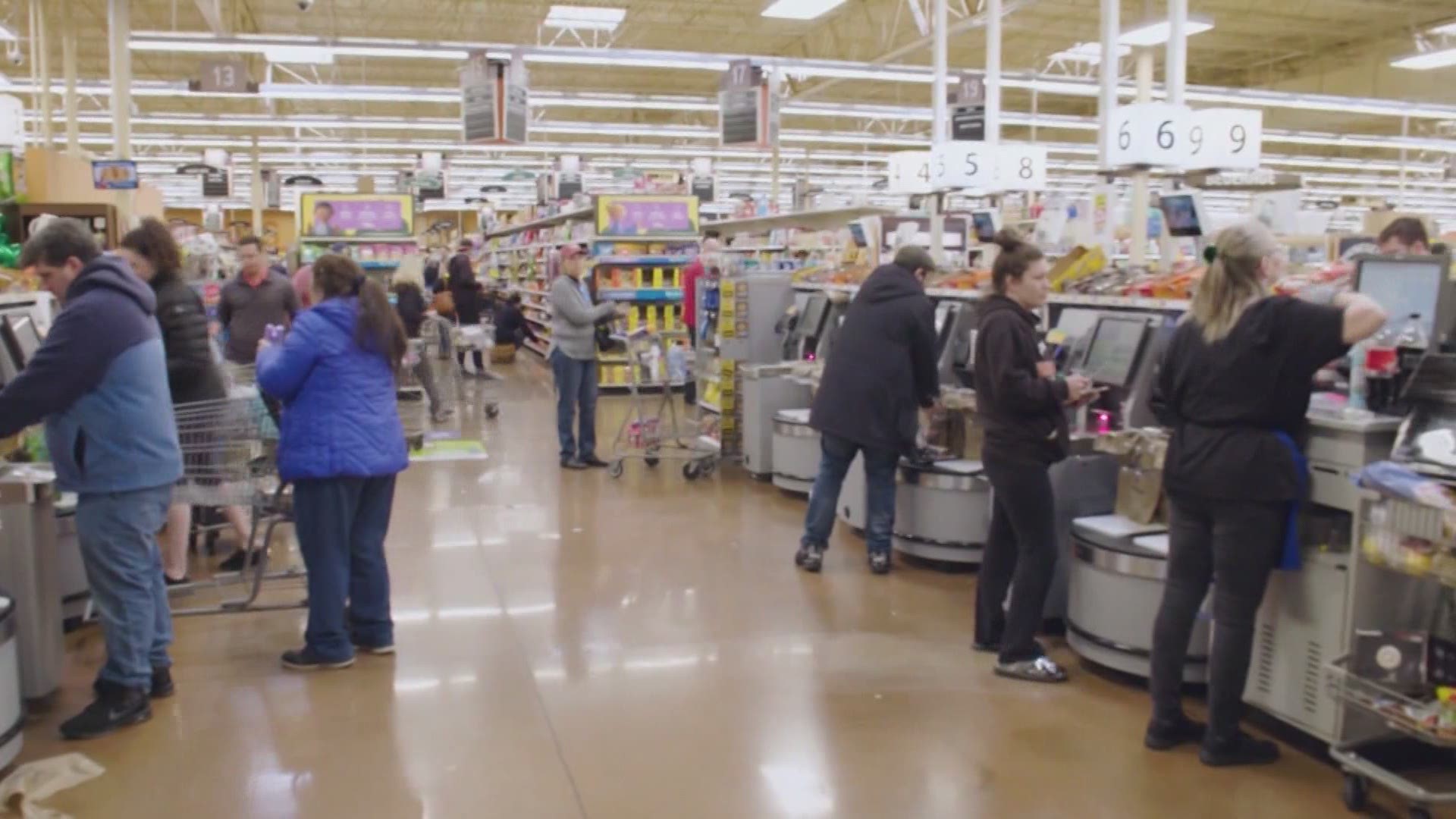