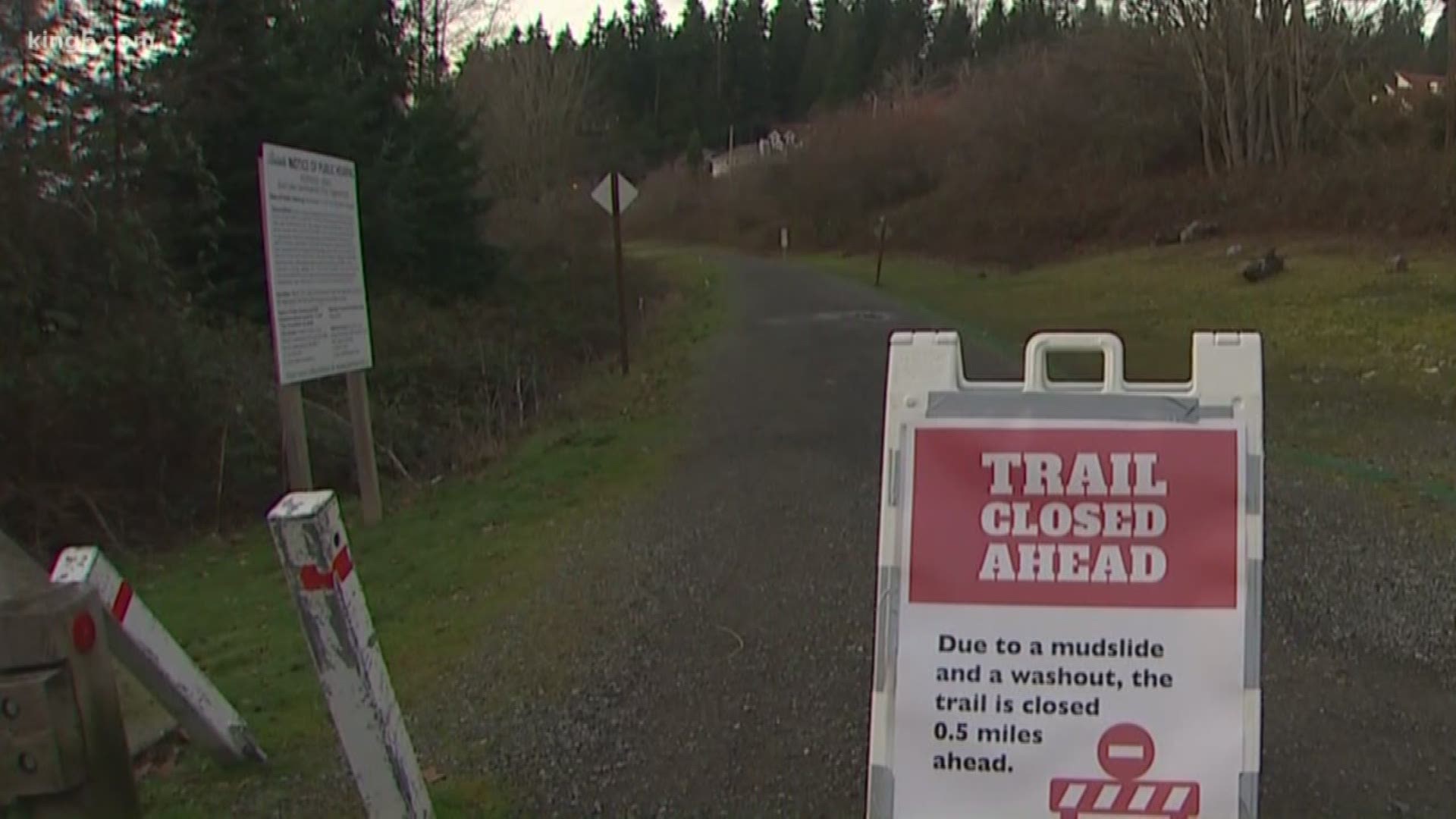 SAMMAMISH, Wash. — Officials want the owners of about 150 properties along a Washington state lake to remove docks, boat lifts, decks, driveways, fences, landscaping and other amenities that stand in the way of completing a long-anticipated paved trail through the area.

King County sent letters this week to the property owners along a 3.6-mile portion of the East Lake Sammamish Trail (ELST), east of Seattle, telling them to remove any personal property by September so construction can begin as planned next year.

Any structures remaining in the construction zone after the September 2020 deadline will be removed by the county or a contractor at the owner's expense, officials said. King County Parks is working with property owners to ensure their private property is removed from the public land.

King County also filed a lawsuit this week against eight property owners within the trail corridor. The county is asking the federal court to reaffirm the public's ownership rights of the trail.

“We are taking steps now to make sure we can open up the long-awaited final segment of this regional public trail as soon as possible,” said Christie True, director of the King County Department of Natural Resources and Parks. “We have utmost confidence in the public’s ownership of this property, but rather than await more legal challenges that serve only to delay the project, we are proactively seeking final affirmation in federal court.”

Reid Brockway is acting president of Sammamish Homeowners, a non-profit representing lakeside residents. He said, "This is a great overstepping, I think, of the authority that the county really has."

Brockway said he and many others support the trail, they just don't think the county needs to clear out the full width of the former rail corridor.

"We were prepared for the county saying, ‘Yes, we want to have our trail and we need 18 feet, plus some additional space to build it.' But we weren't prepared for them saying, ‘And by the way, all these uses, which have been made for, in some cases, a hundred years or more, have to go.’ That's totally unnecessary for maintenance of a public trail,” Brockway said. In 2016, a federal judge ruled that King County has the property rights in the trail corridor to build, operate, and maintain the trail. That ruling was affirmed by the Ninth Circuit Court of Appeals in 2018.

Property owners with "encroachments" into the public trail corridor were notified in 2017 that they were on public property without permission.

The ELST is a multi-use recreational trail along 11 miles of the former Burlington Northern Sante Fe railroad corridor on the east side of Lake Sammamish, from Redmond to Issaquah. King County purchased the corridor in 1998 and opened an interim gravel trail in 2006.

The last segment of the interim gravel ELST to be developed into a paved trail stretches from Southeast 33rd Street to Inglewood Hill Road.

This portion of the trail will be closed for construction beginning spring 2021 until completion, which is expected in 2023. This is the last remaining gap in the 44-mile-long “Locks to Lakes Corridor” of paved regional trails. When finished, residents will be able to travel from Ballard to the Cascade foothills all in one continuous, non-road, paved path, officials said.