The ordinance would prohibit tasting rooms on a site that does not also make wine or beer. 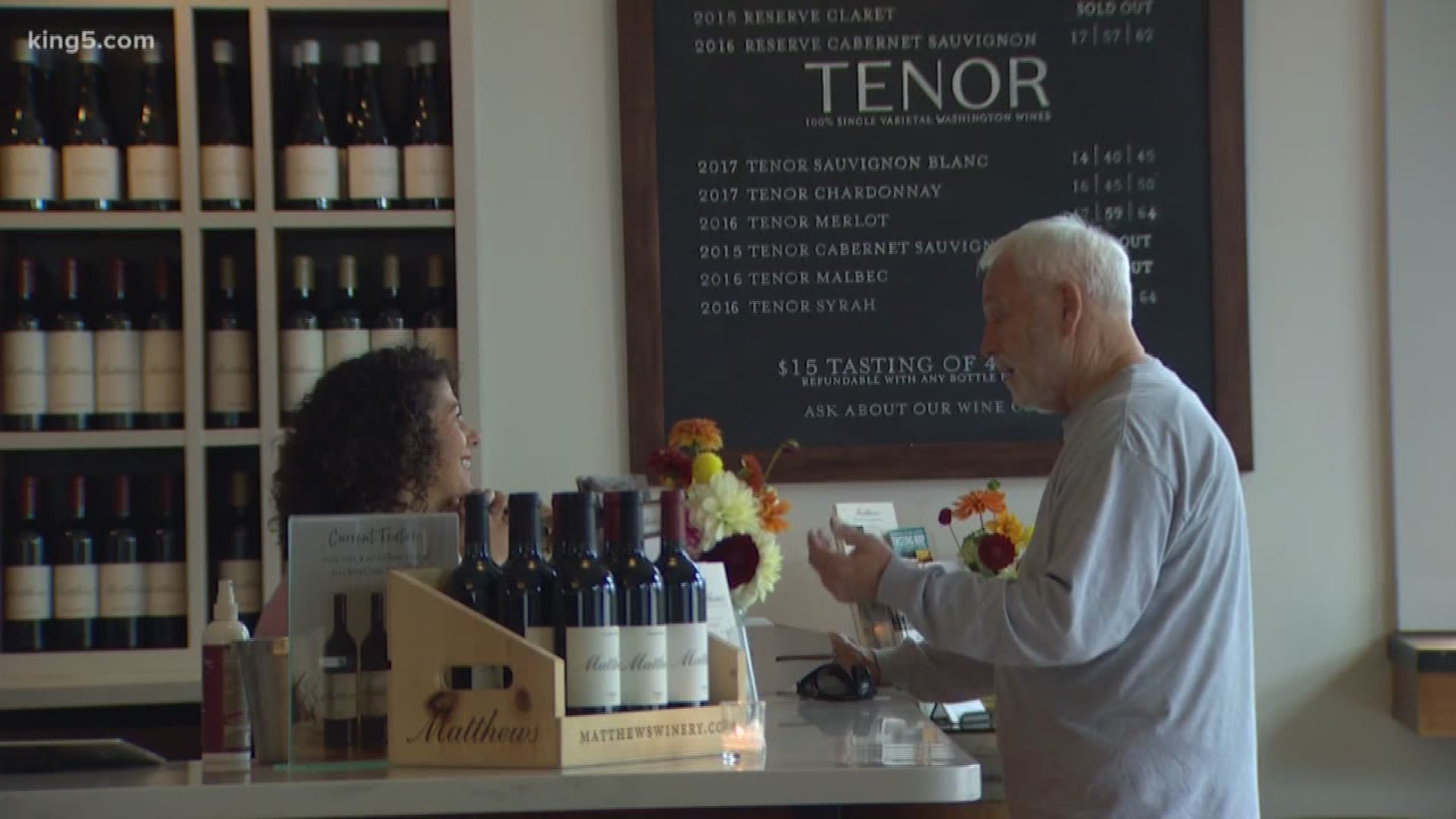 SEATTLE — King County leaders met with the public Monday to discuss an ordinance that would bring changes to distilleries, breweries and wineries.

Under the ordinance, businesses would have to meet a list of new requirements that would put limits on how tasting rooms and production facilities operate.

One of those requirements would discontinue tasting rooms on a site that does not also make wine or beer.

The ordinance would impact several areas like Vashon Island, Woodinville and Fall City known for their tasting rooms.

Councilmembers voted 8 to 1 to pass the ordinance out of committee. A public hearing before the full council is the next step.

Wineries in and around Woodinville are part of a thriving industry, bringing an estimated 795,000 people to the area each year. At Matthews Winery, just outside of Woodinville, the tasting room and scenic view attract visitors.

“A legal pathway that both protects rural agriculture and allows small businesses like ours to flourish, providing jobs and a much needed tax revenue for the county,” Otis said.

“Restricting hours or minimizing retail space, which subsequently reduces our parking capacity, will strangle our business and many others,” said Carla Darr, an employee at Matthews Winery.

“This ordinance would shut us down, and considering the fact that this ordinance was made for Sammamish Valley and not for Vashon is so difficult to come to terms with,” said one person who attended Monday’s committee meeting.

Speaking out against the tasting rooms were farmers concerned about development

“We know what happens when we develop on the uphill side of rural farmland. That runoff comes down into our farmland,” said one farmer.

Another attendee said, “50 years from now, are your grandchildren going to be thankful for a few more wineries or for protecting this beautiful resource.”

After Monday’s meeting, anyone who wants to weigh in on the ordinance has 45 days to submit a comment.

These changes have been part of a discussion over the last year and a half.

If the ordinance is approved, it will be the first update to tasting room regulations since 2003. Action on the ordinance could be taken as early as December.