Deputy Reggie Thomas was driving a patrol car in the Georgetown neighborhood when he had a stroke, crashing into a parked car. The woman inside was killed. 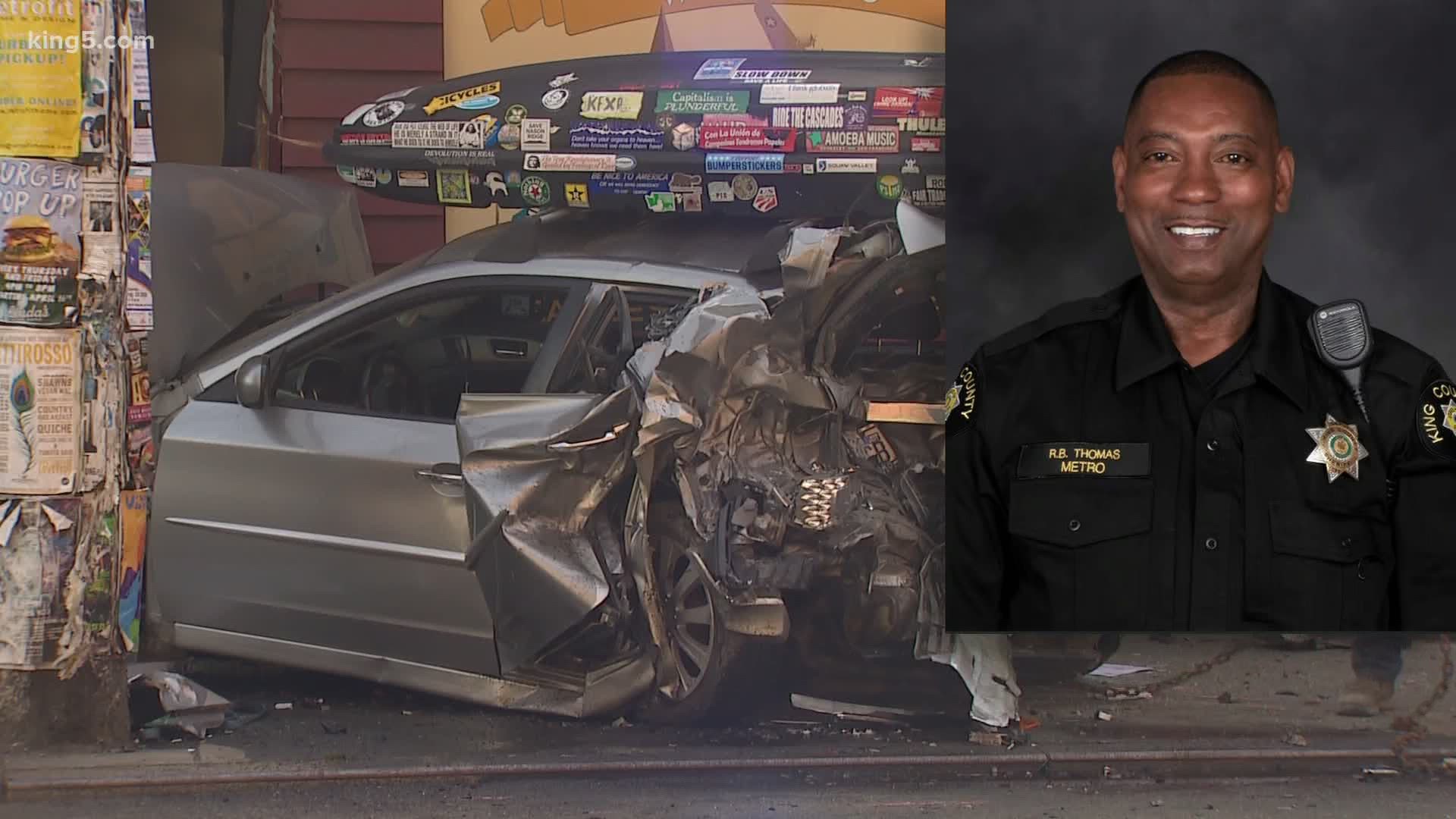 SEATTLE — A King County Sheriff's deputy was believed to be suffering from a medical emergency when he struck another vehicle, killing the driver, has died.

Deputy Reggie Thomas was driving a patrol car near the intersection of Airport Way S. and S. Doris St. in Seattle's Georgetown neighborhood at the end of August when he had a stroke behind the wheel, according to the King County Sheriff's Office.

During the incident, he lost control of the patrol car and hit a parked vehicle on the side of the road. The parked car had a woman inside, deputies said.

The woman, later identified as lawyer Sarah Leyrer, was pronounced dead at the scene.

Detectives said she was parked outside of a store, waiting for a loved one inside. When the deputy hit her vehicle, it pushed her car into two other parked, empty cars, making it a four-car accident.