Larry Gossett, who has been in office since 1993, is 18 points behind political newcomer Girmay Zahilay in the race for King County Council District 2. 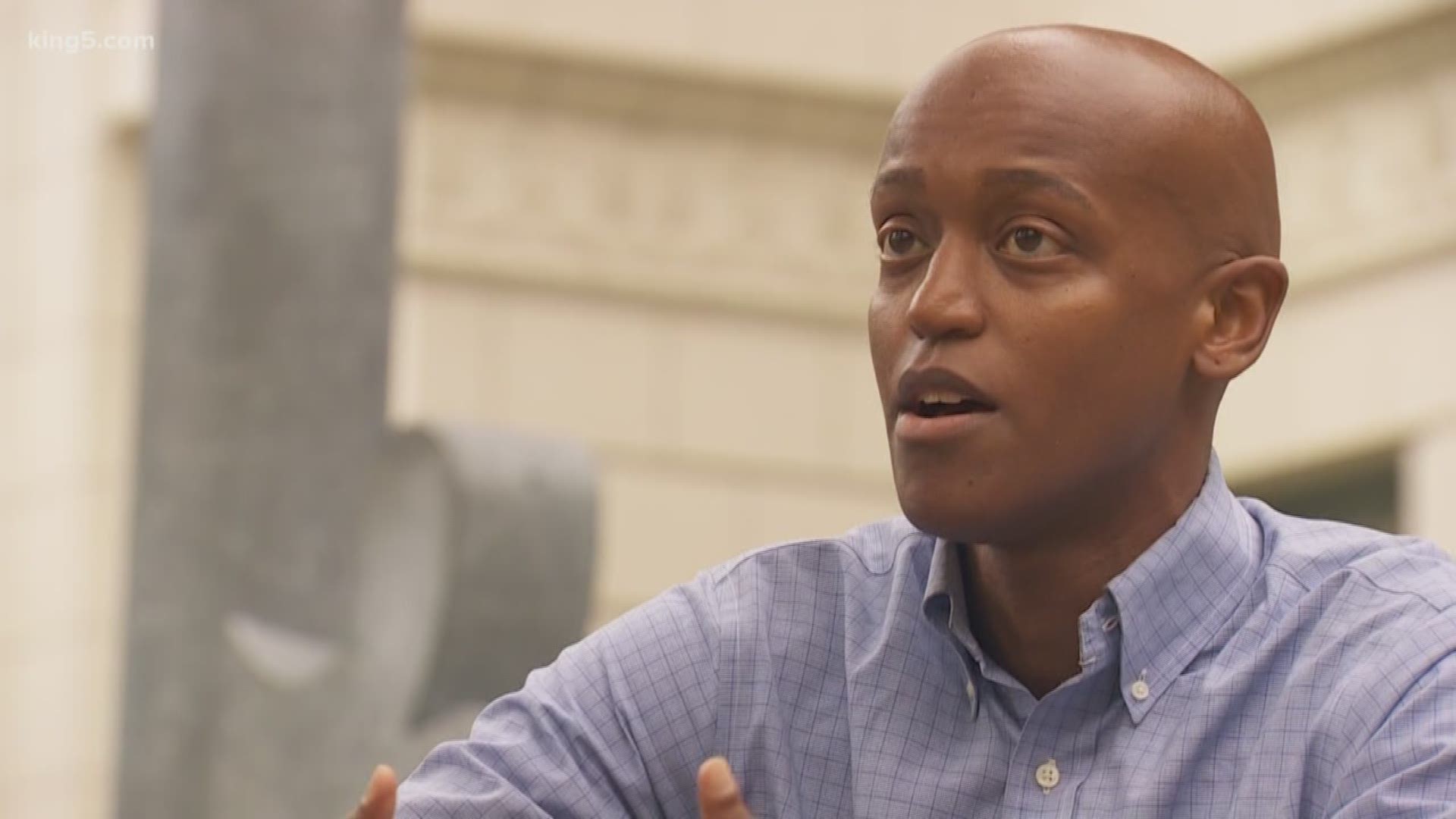 SEATTLE — Early election results show a King County political icon, who has been in office since the 1990s, is trailing behind a newcomer for the seat of King County Council District 2.

Incumbent Larry Gossett and his challenger Girmay Zahilay have a lot in common.

Both men are graduates of Franklin High in Seattle and have been involved in similar issues around social change and civil rights.

But the voters have clearly drawn a line separating the two men in district 2, in perhaps the most surprising outcome of the primary election season.

Zahilay was born to Ethiopian refugees, who fled Sudan and migrated to Seattle in the early 1990s. He bounced around apartments in south and central Seattle, before graduating high school and going on to Stanford and Penn Law School.

"I dispute the notion that if you're running for the same seat as someone that you have to discredit them or say they've done a bad job, that's not what this race is about," said Zahilay.

A lawyer and chair of a non-profit, the 32-year-old said he declared for the race only after hearing Gossett was retiring.

"I'm going to honor him at every step that I get, and I know that is unusual for people to hear," said Zahilay.

"In 1968, he [Gossett] protested discrimination here at Franklin High School, and sometime later, I was able to graduate from here," reflected Zahilay. "Everyone stands on the shoulders of giants and that's how progress is made."

However, he said the numbers show him voters are ready for a change, particularly with affordable housing and displacement.

RELATED: Puyallup City Council race too close to call could end in a coin toss

Gossett said Friday he never said he was retiring, but was actively looking for candidates to fill his role last year. But when he didn't find anyone for the job, he decided to run for one more term.

Gossett has served since 1993 and hasn't faced a challenge since 1999. When asked what he thinks the numbers mean, he cited ageism.

"People knew the old one was so dilapidated, so dysfunctional, that it was a danger to the young people in the King County detention center," Gossett said.

Gossett has an extensive, respected history fighting for civil rights and change. He has often been credited with the push to rename and re-brand King County in Martin Luther King Jr.'s legacy and image.

"I have to be honest with you I was surprised somewhat of the voter differential," said Gossett. "I've never had the experience of being behind in my electoral experience. [But] I'm inspired, re-energized, and taking a critical look at myself and the campaign effort."

Zahilay said he sees a kinship with Gossett. The two men both served as presidents of the Black Student Union in college and began their careers in public service in New York.

But Zahilay said he's ready to campaign for the November election, too.

"We take nothing for granted, you have to think like a winner and hustle like an underdog," said Zahilay.