The suspect stole a truck from a Black Diamond gas station on Friday with a 4-year-old poodle named "Monkey" inside. 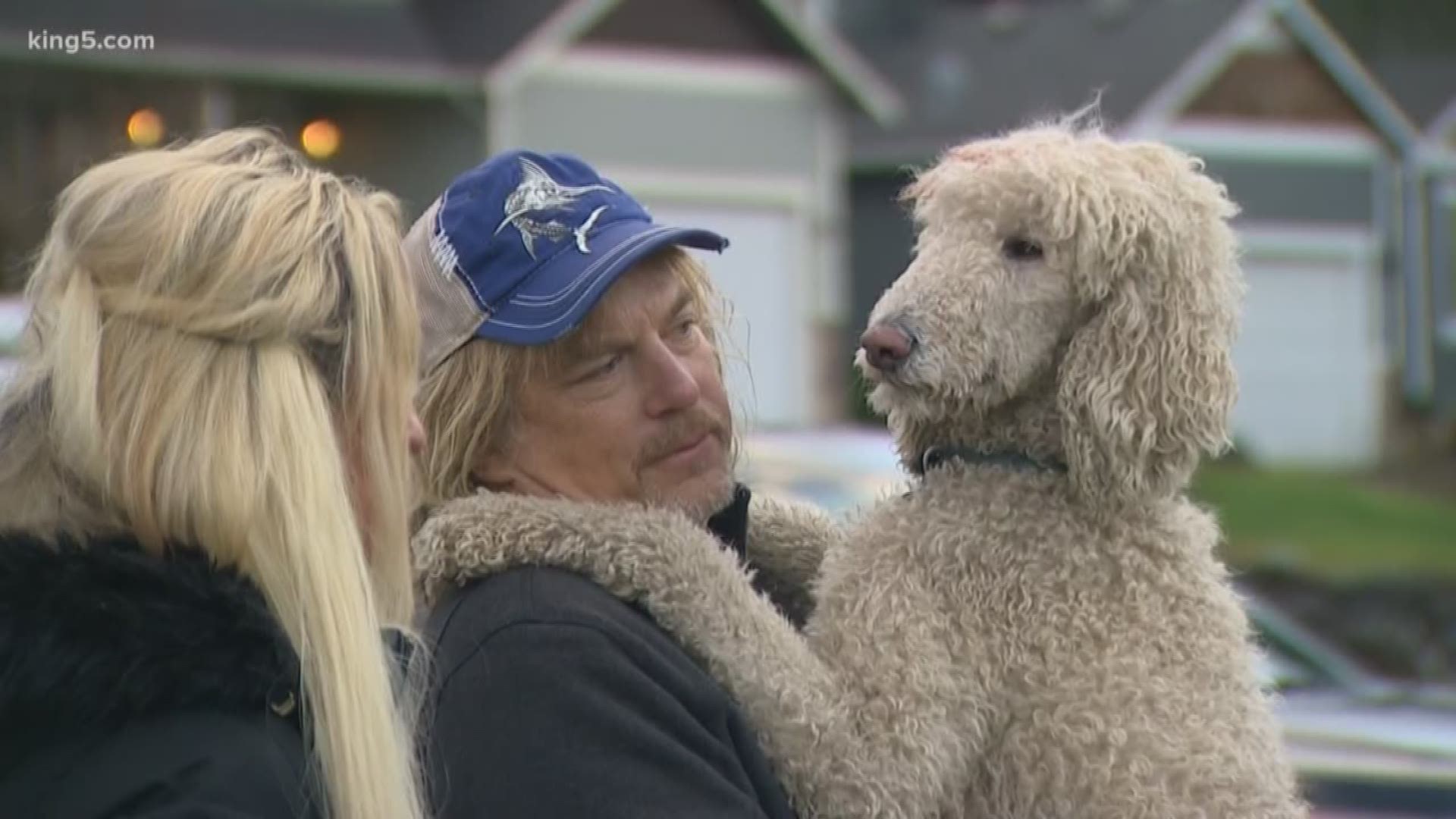 BLACK DIAMOND, Wash. — A man who stole a truck with a poodle inside was shot and killed by police on Monday, according to the King County Sheriff's office.

“It’s just a big blur. It is just surreal, the whole thing,” said Carl Sanders, Monkey's owner. “I walked in to buy a pop, and I looked out the window and saw my truck flying out of the parking lot right in front of me. As I ran out the door, there was nothing I could do at that time.”

“I get there and he was falling apart," said Stefanie Sanders. “I was devastated.”

Police searched for the truck all weekend, with no luck.

It wasn't until Monday that King County Sheriff officials said a deputy spotted the truck and attempted a traffic stop, but the suspect sped off.

A Washington State Patrol trooper saw it again a short time later and pursued the vehicle, but the trooper also lost sight of it.

Multiple agencies responded to the area to search for the vehicle.

King County Sheriff officials said two detectives in plain clothes from their Precinct 3 Special Emphasis Team were in an unmarked car and saw the stolen truck in the area of 35200 block of Veazie Cumberland Road S.E with the suspect and the poodle inside.

The suspect died at the scene.

Monkey jumped out of the truck and ran away, but was found by a deputy nearby and returned to his owners, who came out to the scene.

“She actually told me this morning, we are going to get Monkey back today,” said Carl, holding Monkey in his arms.

“I just had a feeling, I did,” said Stefanie.

Both detectives involved in the shooting sustained lacerations to their hands. They were treated at the scene. They are both on administrative leave, which is standard procedure.

The Seattle Police Department will be the one to investigate the officer-involved shooting. 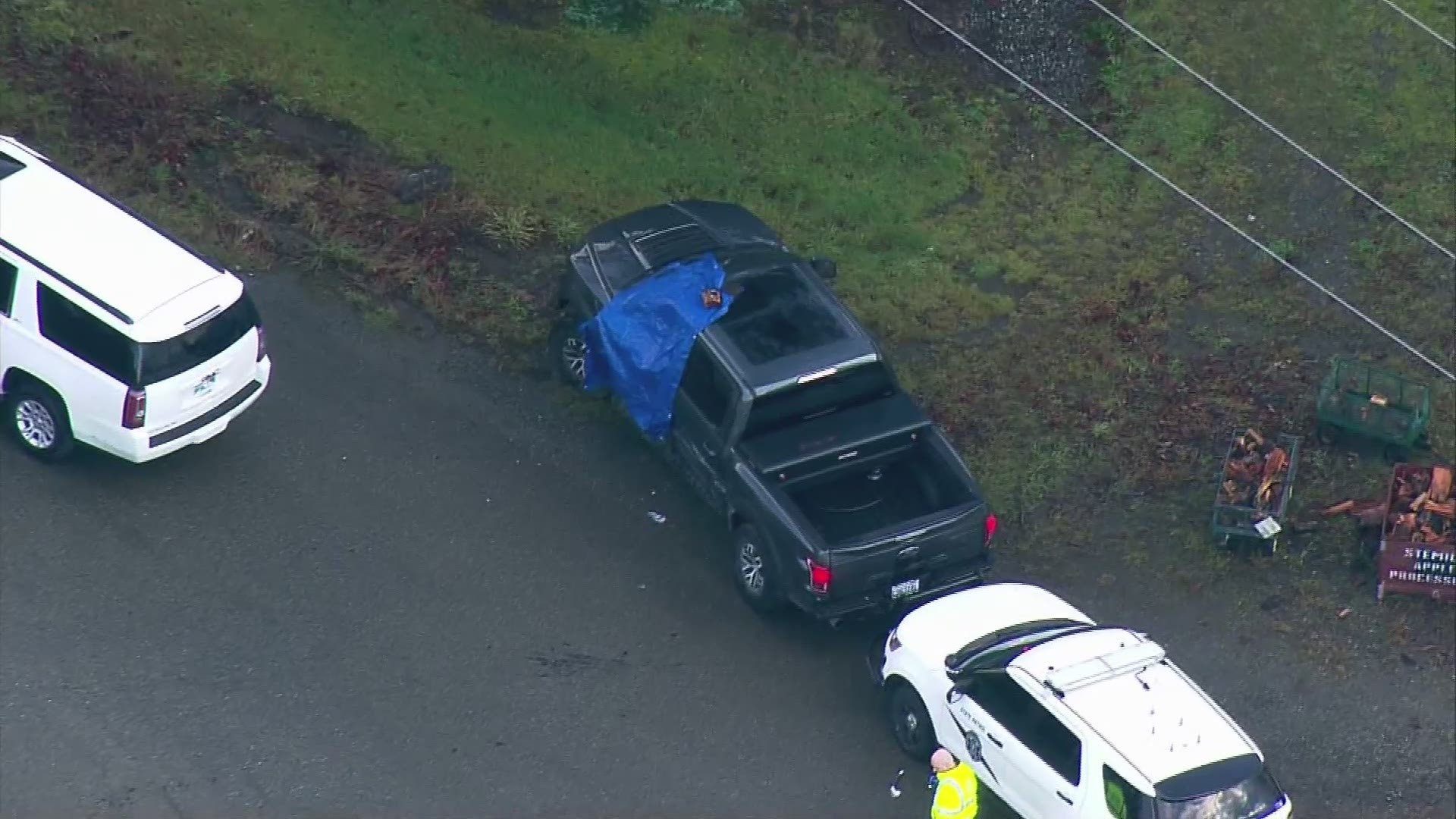