King County beaches are typically tested for bacteria levels at least once a week on Tuesdays. 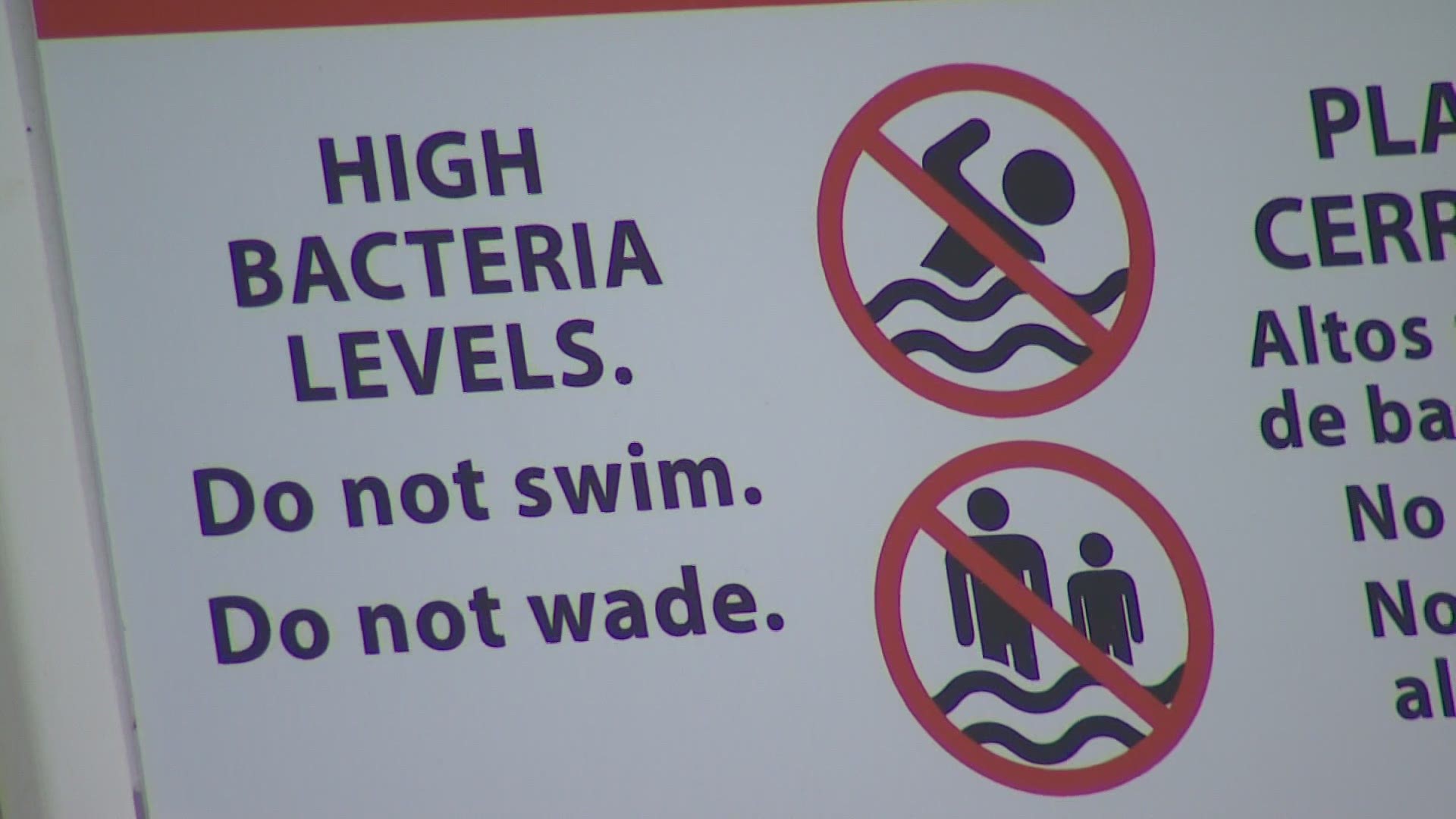 KING COUNTY, Wash. — Four beaches in King County were closed as of Thursday morning due to high levels of bacteria.

According to King County and the Washington Department of Ecology, the beaches include Juanita Beach in Kirkland, Newcastle Beach in Bellevue, Lake Wilderness Beach in Maple Valley and Des Moines Marina City Beach Park.

Marina City Beach was closed on June 22 due to fecal contamination from a sewage spill at Midway Sewer District the week before.

The other three closures came Wednesday, just as a record-breaking heat wave across the Pacific Northwest ended and many residents flocked to beaches across the Puget Sound region to cool off.

Every week the bacteria levels of beaches are measured using samples from three different parts of each beach.

These samples help health officials determine whether or not to recommend closing the site and not reopen until a three-day average and daily average of bacteria levels are below what the county considers safe.

Anyone looking to head to any closed beaches is advised not to swim or recreate in any way in the water.

While Thursday’s temperatures will reach the mid-70s, the Fourth of July weekend is looking to heat up into the 80s. It is unlikely that these beaches will open prior to the weekend as testing is usually done in King County on Tuesdays, so residents planning to celebrate at these locations should consider moving to a different park or beach.

Swimming in waters with high bacteria levels can cause various symptoms like upper respiratory infections and skin rashes.