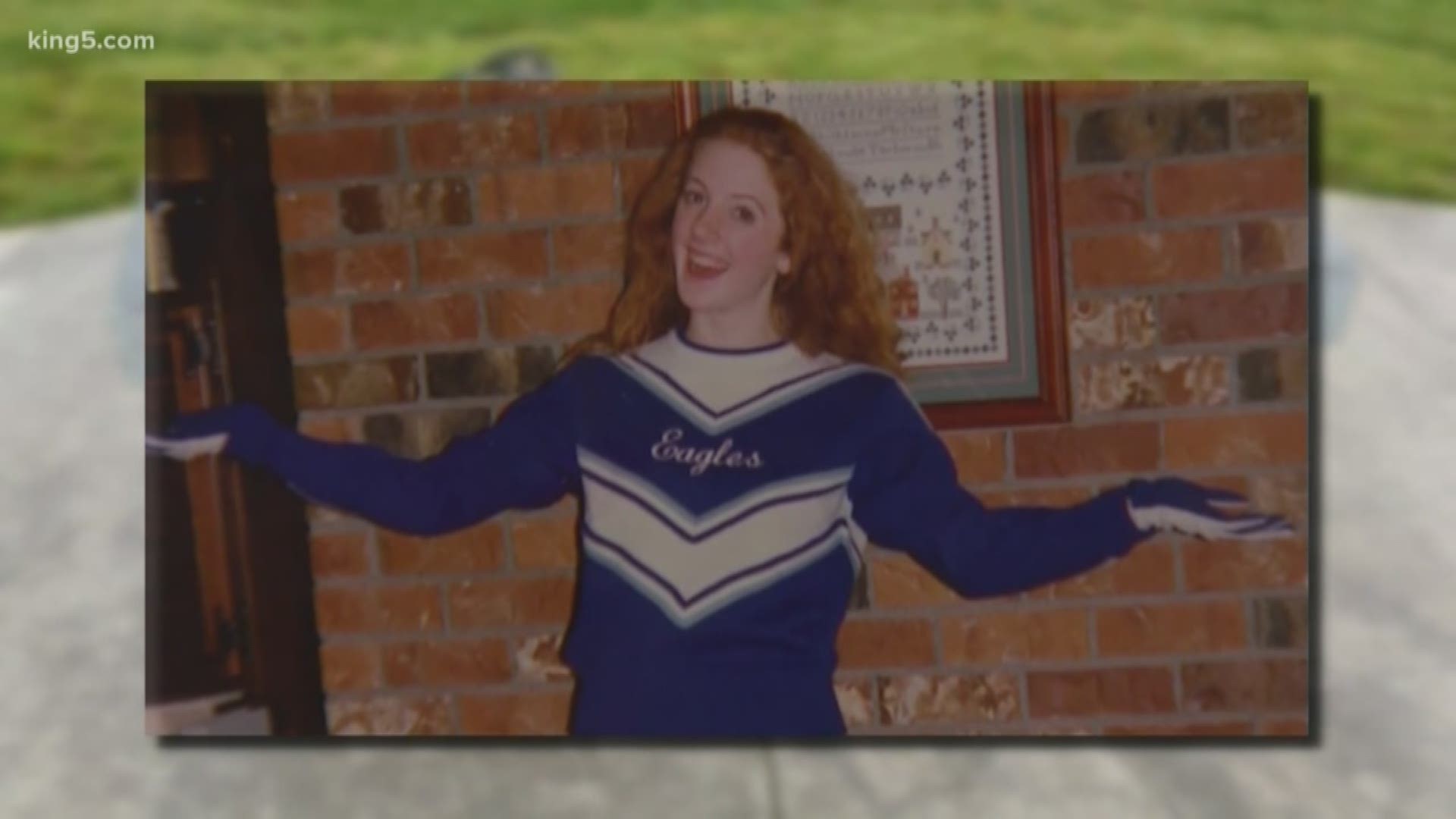 SEATTLE — The King County Sheriff's Office announced that they made an arrest in a nearly 30-year-old cold case with the help of DNA evidence matching.

Yarborough was last seen leaving her home to go to her high school, en route to a drill team competition. Her car was parked in the school parking lot.

Her body was discovered by two 12-year-old boys who took a shortcut through bushes at the school.

Investigators arrested 55-year-old Patrick Leon Nicholas, of Covington, on Wednesday in connection to her murder.

On Thursday, the King County Prosecuting Attorney’s Office charged Nicholas with first-degree murder. His bail has been set at $5 million. 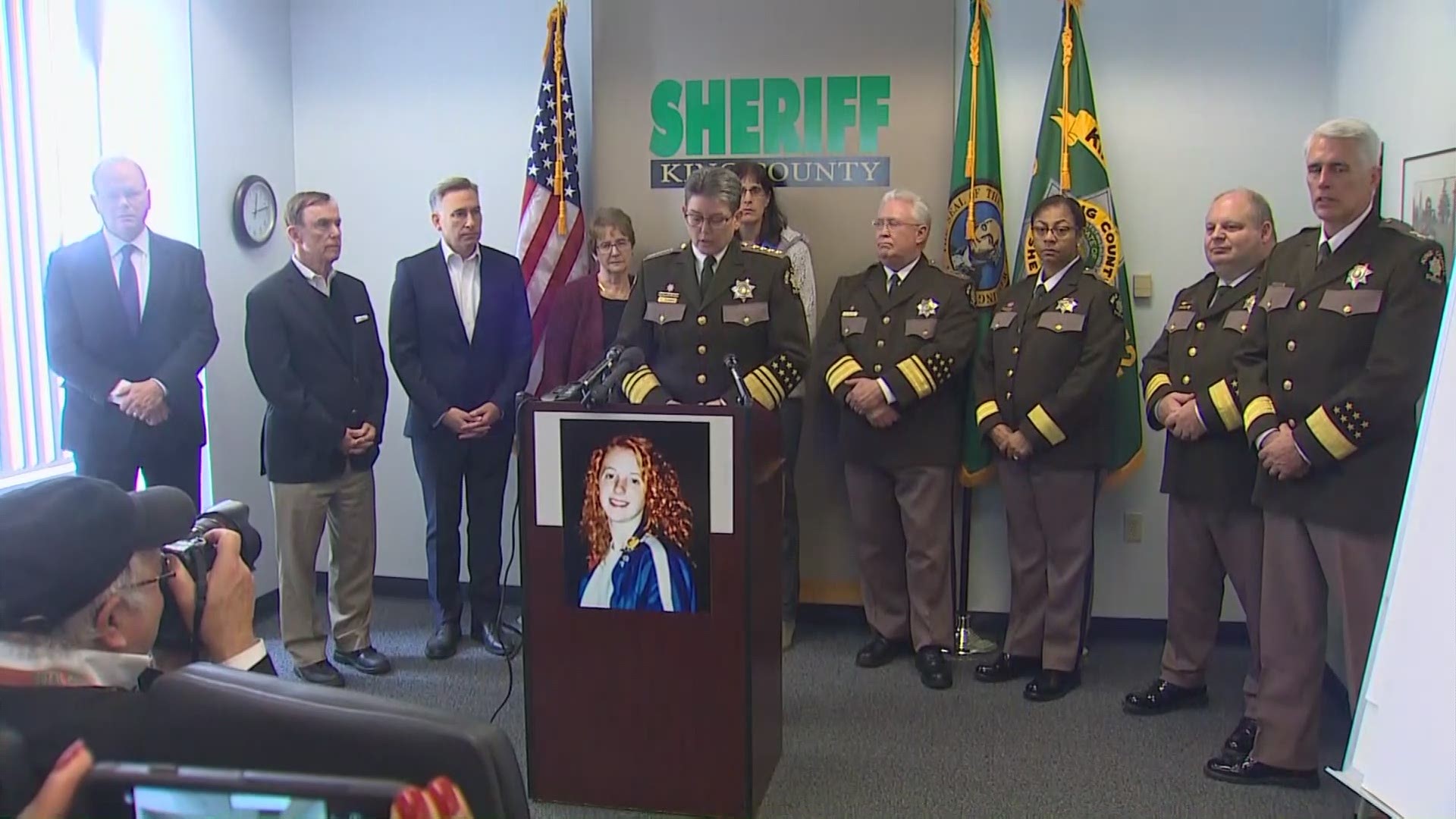 Some years after the murder, he was arrested on child molestation charges.

Back in 1991, the two 12-year-olds and another jogger who was near the scene at the time of the murder were able to help investigators create a composite sketch of the suspect.

The sheriff’s office thought they had breakthroughs in the past, but were unsuccessful in making an arrest.

Back in 2018, investigators released new sketches using DNA markers and genetics to predict what the killer would look like at the time of the murder and today.

Below is a side-by-side comparison of the composite sketch and the suspect's mugshot:

Credit: KING
Side-by-side comparison of the composite sketch of Sarah Yarborough's suspected killer and the man arrested for her murder 28-years later.

A forensic genealogy company contracted by the King County Sheriff's Office called with a lead on a person of interest named Patrick Nicholas who lived in King County, court documents said.

Detectives started surveilling Nicholas outside a strip mall in Kent. Nicholas smoked a few cigarettes and tossed the butts on the ground along with a napkin. Detectives later collected those items, which became crucial pieces of evidence, according to court documents.

The King County Sheriff's Office sent the cigarette butts and napkin to the state crime lab, which confirmed the DNA matched samples collected from Yarborough's clothing at the crime scene in 1991.

Nicholas was arrested at a bar in Kent Wednesday evening without incident.

Sarah's mother, Lori Yarborough, tearfully addressed the media on Thursday, thanking generations of detectives for their tireless work on the case.

"I was really surprised. I wondered perhaps if the person was no longer living. It seemed unbelievable to me that he would still be around. I have to say, the detectives have never given up and were extremely dogged. They never gave up even when I was ready to throw in the towel," Yarborough said.

Yarborough continued, describing her daughter. "She loved life, she loved people, she loved to travel. She had big hopes and big dreams and was a great sister and a great daughter."

"Few things are more rewarding in law enforcement than telling a parent that you believe you have solved the unsolved murder of their child," Sheriff Johnknecht said.

A monument was built for Sarah at Federal Way High School a year after her death.