Take 5 connects three people -- two who use wheelchairs -- to go on a hike. One always wanted to try, but had held off, over concern of getting stuck. 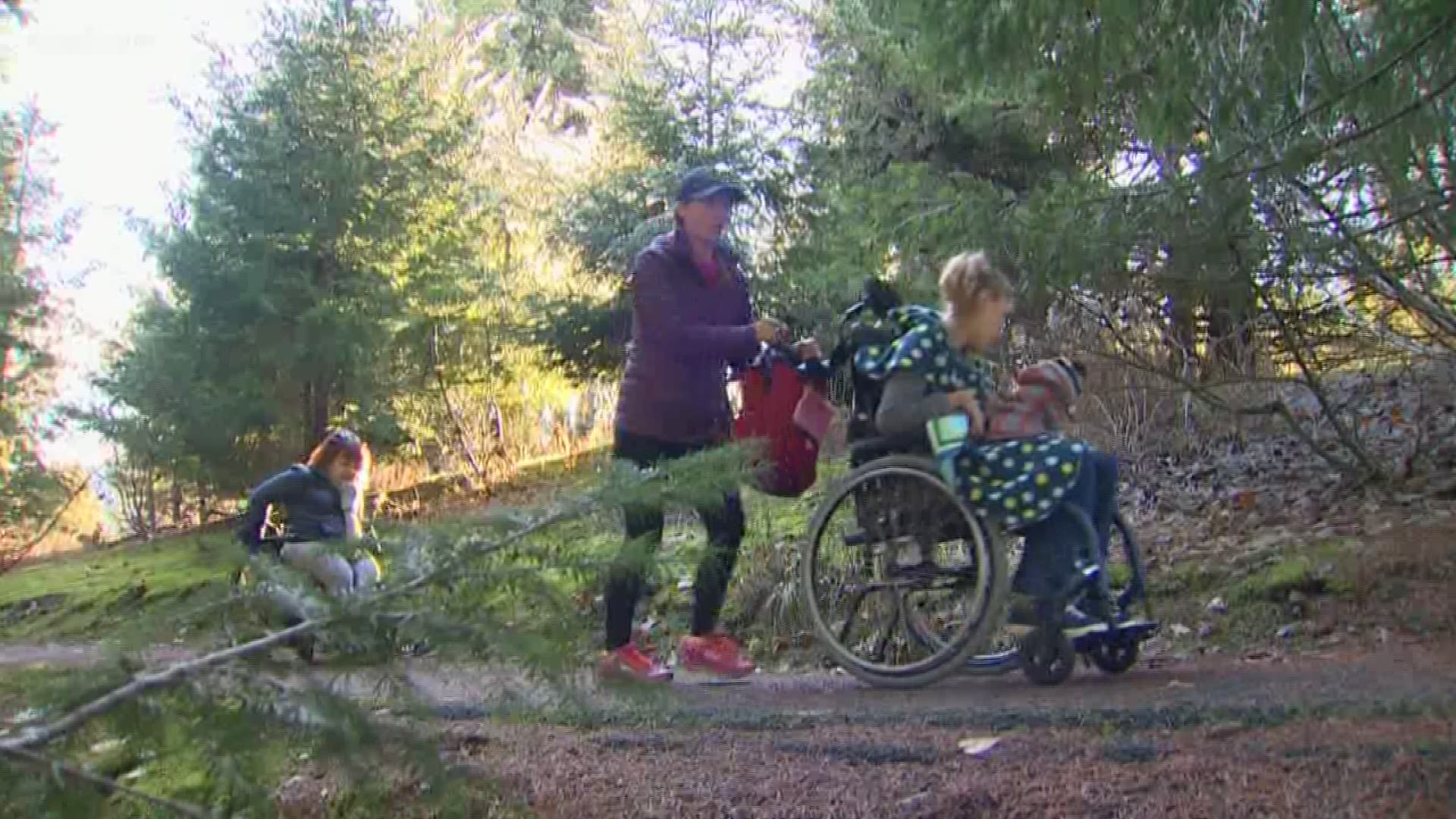 While watching an episode of Take 5, viewer Jeanne Slonecker felt inspired to try something she's always wanted to do: hiking.

Jeanne was diagnosed with a rare disorder called Osteogenesis imperfecta before she turned 2. Her bones break easily, so Jeanne uses a wheelchair to get around.

Living in Seattle, Jeanne uses public transportation. She decided that she needed to build up the strength to make it up and down the steep hills. Jeanne has worked out at a gym for the past six months and has seen great results.

After gaining more arm strength, Jeanne felt ready to take on hiking. It's an activity that's always intrigued her, but she's never tried over worries she'd get stuck.

Jeanne contacted Take 5 after watching a story about a mother and daughter from North Bend who turned to social media to find wheelchair accessible trails they could both enjoy.

"I was like, I can do that. I can probably do that if there are trails that are not muddy and gravelly. It sounded fun," she said.

Nowicki turned to the Washington Hikers and Climbers Facebook group for trails the two of them could maneuver. She was overwhelmed by the response in terms of both suggestions – and kindness.

One of the trails they use often circles Gold Creek Pond, about two miles east of Snoqualmie Pass. It's an ADA-accessible paved loop with beautiful mountain views. It's also where Nowicki and Ellie recently connected with Jeanne for some advice and some practice.

Nowicki urged Jeanne to check out the Washington Trail Association website. It has a search feature that lets users specify distance, difficulty, elevation, and other specifics.

"That's been a super helpful website to help us figure out what our next adventure is going to be," Nowicki said.

Another resource is the Washington Hikers and Climbers Facebook group. If there is ever a concern about whether they can navigate a trail, she can pose a question to members.

Lastly, Nowicki suggests taking a friend along when trying out a trail for the first time.

"Sometimes it takes another person to help build that confidence. The hiking community is such a supportive and encouraging group of people. We are very grateful to be part of that," she said.