Warning citations will be given to drivers starting Saturday. Real tickets will be mailed after a 30-day warning period. 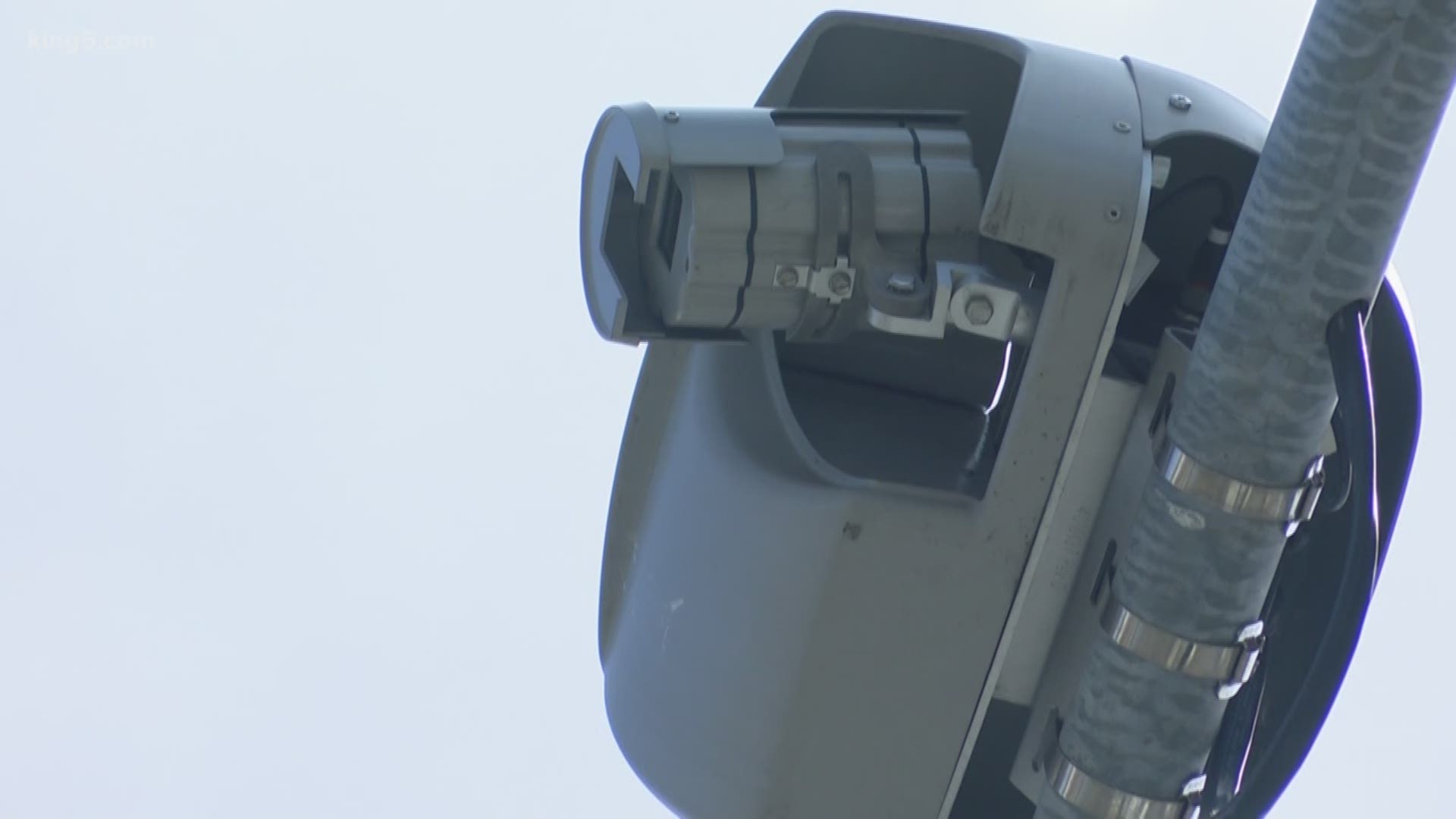 Editor’s note: The video above was originally published before the red light camera warning period was delayed.

KENT, Wash. - The City of Kent has added red light cameras to the intersections with the highest collision rates.

Red light cameras went live at the intersections of Central Avenue and Smith Street, Central Avenue and James Street, and Kent Des Moines Road and Pacific Highway (eastbound approach from the west) on Saturday as part of phase one of the city project.

Drivers who receive tickets will owe $136.

The warning period for the cameras in phase one was expected to begin on July 1, but Kent police said the starting date was pushed back due to technical difficulties.

In a video released by the city, Kent Police Chief Rafael Padilla said the city did a traffic study looking at collision data to determine where the new red light cameras would be placed. The city said it isn't putting in the cameras for the sake of writing extra tickets, but to keeps roads safer.