Under current guidelines, students would only get two tickets each for an in-person ceremony, which is why the district opted for a drive-thru graduation instead. 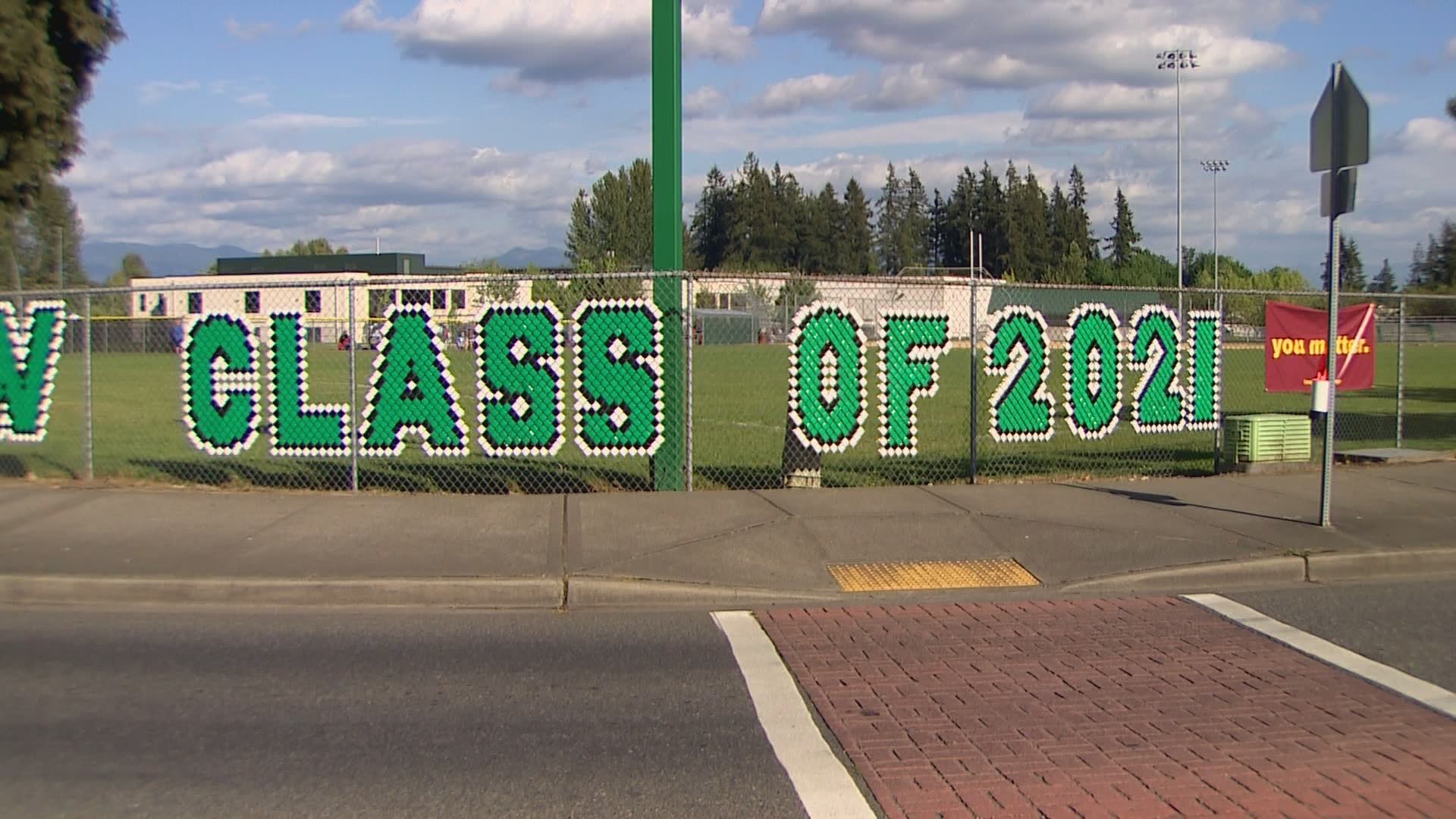 KENT, Wash. — As other school districts make plans for in-person outdoor high school graduations, a group of Kent high school students is asking why not them?

Kent high school students say a drive-thru ceremony is a major letdown – so they’re hoping to persuade the school district to instead use a space like French Field to have an outdoor graduation.

On its website, the Kent School District says it looked into larger venues like French Field, but under the current Department of Health Guidelines, students would've been limited to two tickets per graduate.

The district added it understands the importance of a more traditional graduation, but opted for a ceremony that could be held regardless of the phase the county is in and allows the greatest number of family members to attend.

Stroud says adjusting to her last year of high school during a pandemic was challenging. She struggled with figuring out ways to get involved and feel connected, and was looking forward to having a more traditional graduation.

"I feel like seniors, us seniors have gone through so much already, and missed out on so much," said Stroud.

Stroud says finding out the school district plans to put on drive-thru graduations, instead of something a little more traditional at an outdoor stadium, was disappointing.

“I think it's such a unique time to be a senior and having to push through all of  COVID and then not really getting recognized for doing that, it’s kind of tough,” said Stroud.

Stroud joins other students and parents who are pushing the school district to have graduations at French Field or somewhere similar, instead of a bus loop.

"Just going through our bus loop does not feel like that's the proper way to end high school," said Mitchell Escandon, a senior at Kentridge High School.

Mitchell Escandon joins a group of students and parents who've signed a petition with more than 320 signatures, asking the school board to reconsider.

"It just seems like the one thing, when it feels like we're starting to get back to a somewhat normal lifestyle with this state reopening, that we can't have the one thing that really would wrap up our education, just feels a little off putting," Escandon said.

Students and parents have planned a protest at 1pm on Wednesday, May 26 at the Kent School District building.

”I'm hopeful that with the efforts of leaders from all four high schools, that the emails and comments that we've been sending to the school board will hopefully be enough to change their mind," Escandon said.