Following a cut of several dozen employees at the Central Administration Center, the Kent School District announced the elimination of more than 100 staff position throughout the district. 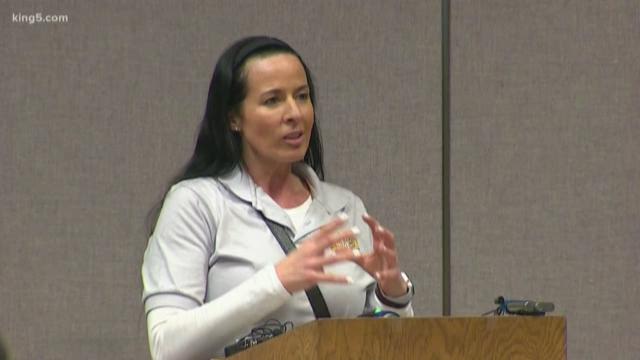 In a surprising announcement Tuesday, the Kent School District (KSD) says it will be eliminating more staff for the upcoming academic year.

KSD released a statement announcing its decision to eliminate 127 full-time staff positions and nine administrator jobs for the 2018-19 school year. The full-time cuts make up nearly eight percent of the district's staff.

“To make these tough decisions, we looked at the entire KSD system. When considering school-based administrators and staff, we looked closely at several factors at the school level including enrollment, program needs, student needs, and the unique needs of each school community,” said Superintendent Dr. Calvin J. Watts in the statement.

This week's announcement comes one month after the district terminated 45 central administration positions. The district cited ongoing budget recovery issues. The administrators' cut saved KSD an estimated $4 million. In addition to cutting positions within the district, KSD announced certain administration employees would not receive raises and others would see a reduction of benefits for the upcoming year.

A Kent teacher shared with KING 5 this letter from the Kent Educational Association:

It is with great disappointment and mounting frustration that I write this message today. As you know, District leadership has begun the process of making Reduction in Force (RIF) announcements through building level meetings across the District this morning. District leadership has again failed to live up to the promises they made to our community, our parents, and our teachers, choosing not to bring about the kind of targeted budget cuts that minimize the impact on our students and our teachers. As we understand the situation currently, District leadership intends to reduce our certificated staff by 127.36 FTE.

There are so many serious issues of failing leadership, it is difficult to know where to begin. First and most seriously, KSD leadership made numerous "unforced" errors in budgeting over the last few years that led the District into this crisis in the first place. The over-projected student population was not the result of an economic downturn, natural disaster, or other outside event. Other neighboring districts were not affected. Rather, this was a set of errors based on simple incompetence which will impact the District for years to come. It is unacceptable that our students' classroom size will get markedly larger as a result. Further, it is intolerable that our dedicated and hardworking members will bear the brunt of the errors by losing their jobs due to avoidable errors by District leadership. That is not right.

Let's recap the major issues that have brought us to this point:

Gross budget mistakes by District leadership left us with a deficit of over 5 million dollars during a time of economic prosperity.

This last Fall, District leadership eliminated 50 KEA positions which were absorbed by retirements and teachers moving out of KSD.

At the KSD community meetings last Spring, Superintendent Watts made a promise that any further cuts "would not touch classrooms."

District leadership cut MSOC funds by 20%, which most certainly affects student learning in the classroom.

The people of the KSD community PASSED two levies that were supposed to enable the District to maintain the status quo, at least, in terms of teachers in the classroom.

Last Thursday evening, the Legislature passed a bill adding $756 million to the state budget specifically to increase the state contribution to teacher salaries in compliance with McCleary. While precise numbers are not yet available, KSD stands to receive several million dollars of this appropriation. WEA expects significant INCREASES in teacher pay, and KEA will be re-opening our contract as a result.

And yet, today, District leadership decided to set in motion the RIF process, laying off over 127 FTE of our valuable teaching force.

This series of events is intolerable. Our student's education will absolutely be affected by these cuts. And many of our newest teachers, just getting their feet wet in a new profession, perhaps barely able to make their student loans payments having just finished school, would now lose their jobs. Enough is enough.

Now, more than ever, we need to be attending the School Board meetings. The board members hear the narrative of the district all the time. And they believe that narrative. It's time that they hear the truth from our educators. Please attend the next Board Meeting on March 14 (tomorrow) at 7:00 p.m. Now is the time for all of us to show up and advocate for our students and each other.