Icy roads shut down one of Washington’s largest school districts

Citing inclement weather and dangerous road conditions, the Kent School District shut down all 40 schools for the second day in a row. 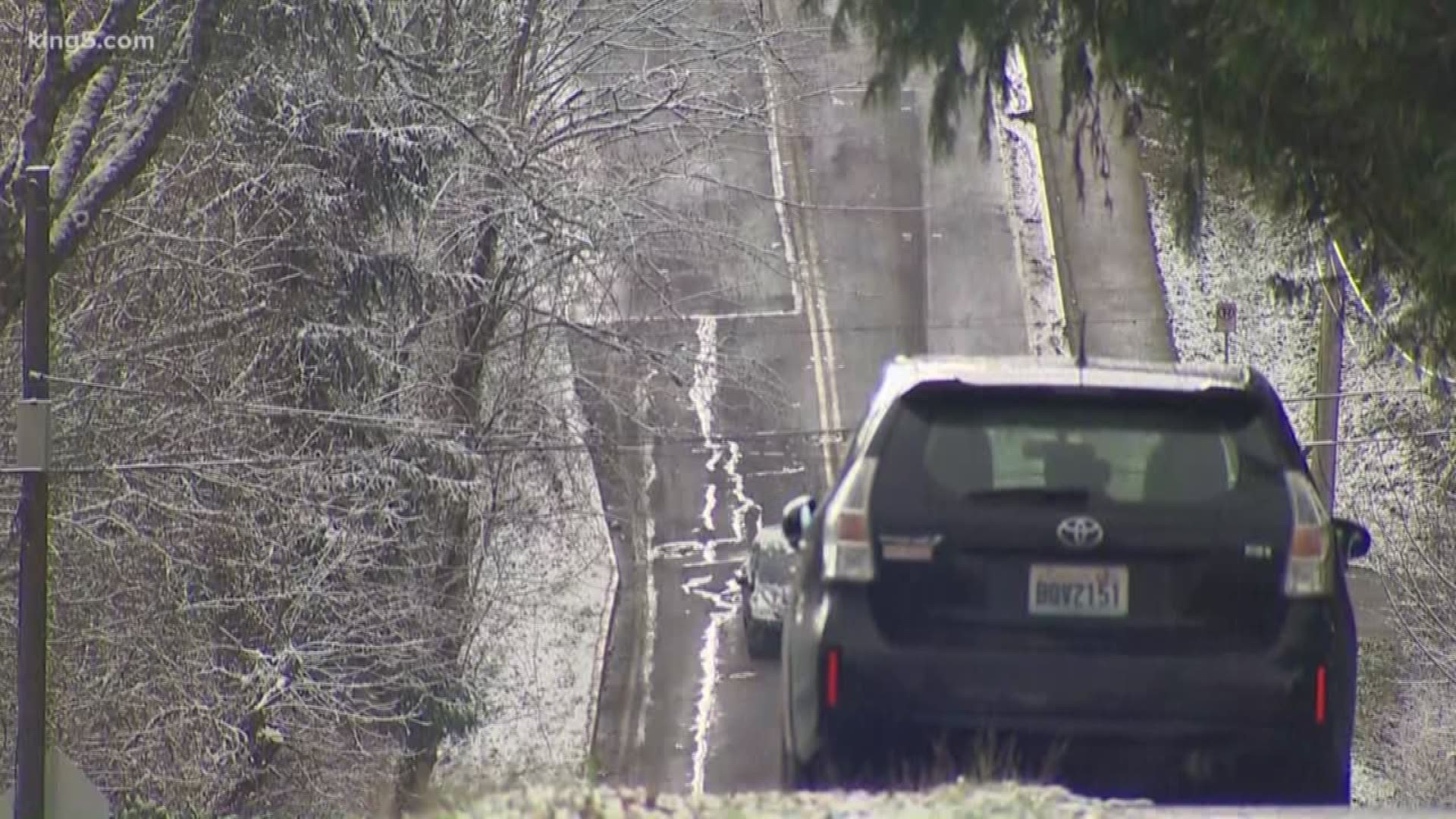 KENT, Wash. — More than 27,000 students in the Kent School District were home for the second day in a row when the district closed all 40 schools, citing treacherous road conditions.

A message on the district’s Facebook page read: “While many high-traffic areas are safe, not all roads have been treated and some areas are very icy.”

Josh Twilley, whose son attends Horizon Elementary in Kent, said he experienced the treacherous road conditions firsthand. “I tried to go to work this morning and got about two miles down Kent Kangley Road and it was a little slippery,” he said. “It was pretty bad this morning.”

Other parents were divided. One woman who did not identify herself called the closures “silly.”

Brian McLaughlin, who has a first-grader and a seventh-grader at Kent schools said he understands why the district is being cautious.

“Better safe than sorry,” said McLaughlin. “I don’t want any of my kids or anyone else’s kids to have a problem. And if their bus drivers say ‘Hey, I don’t think we should go out,’ I agree with them.”

McLaughlin added that when he was young, he often went to school in far worse conditions.

“I lived on a 50 mile-per-hour road where I had to wait out in the snow for our bus to come up and we would slide and have problems with our bus,” he said. “But it’s one of those things where nowadays they don’t want us to take chances anymore.”