Curiosity led Baker to research his family and he discovered his ancestors. Including a long-lost aunt and a cousin. 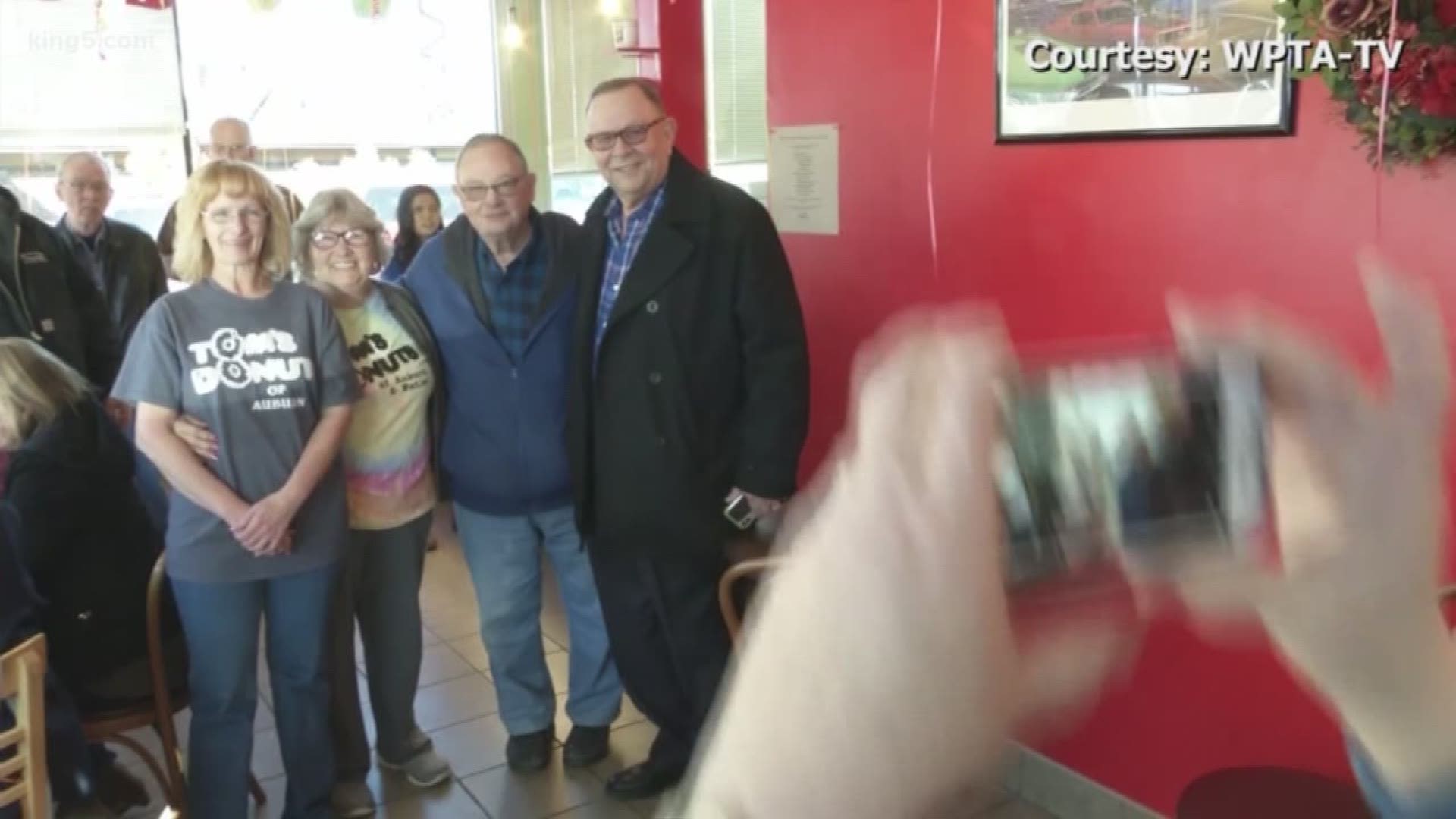 When David Baker took the oath to serve as Mayor of Kenmore, he vowed to protect the future of the city. But he always wondered about his past before being adopted.

"My mother had a baby born out of wedlock in 1944. That was something that could have really tarnished her," he said.

Curiosity led Baker to research his family in 1993, and he discovered his ancestors. Including a long-lost aunt and a cousin.

It wasn't until last year when he was finally able to connect with that cousin and learn more about his past. It turns out; Mayor Baker had three siblings back in the Midwest.

This month, Baker and his siblings coordinated a meeting at his sister's donut shop in Angola, Indiana.

His sisters, Michelle and Susie, rolled out the welcome mat. And his younger brother Eddie, a retired teacher in Michigan, was there too.

"It was fabulous, (my sister) hugging me and telling me in my ear that she loved me. it was wonderful," Baker smiled. "I feel as though the picture is complete now."

"Now we get to sit down and look on the inside at each-others hearts," said brother Eddie.

Will the new-found family give the Mayor a boost when it comes to leading his city?

"I've got more people to check in with now and ask for opinions," he said. "It was worth the wait."