Each week the bus will go to various spots around the community and provide legal counsel to the homeless and other low-income families. 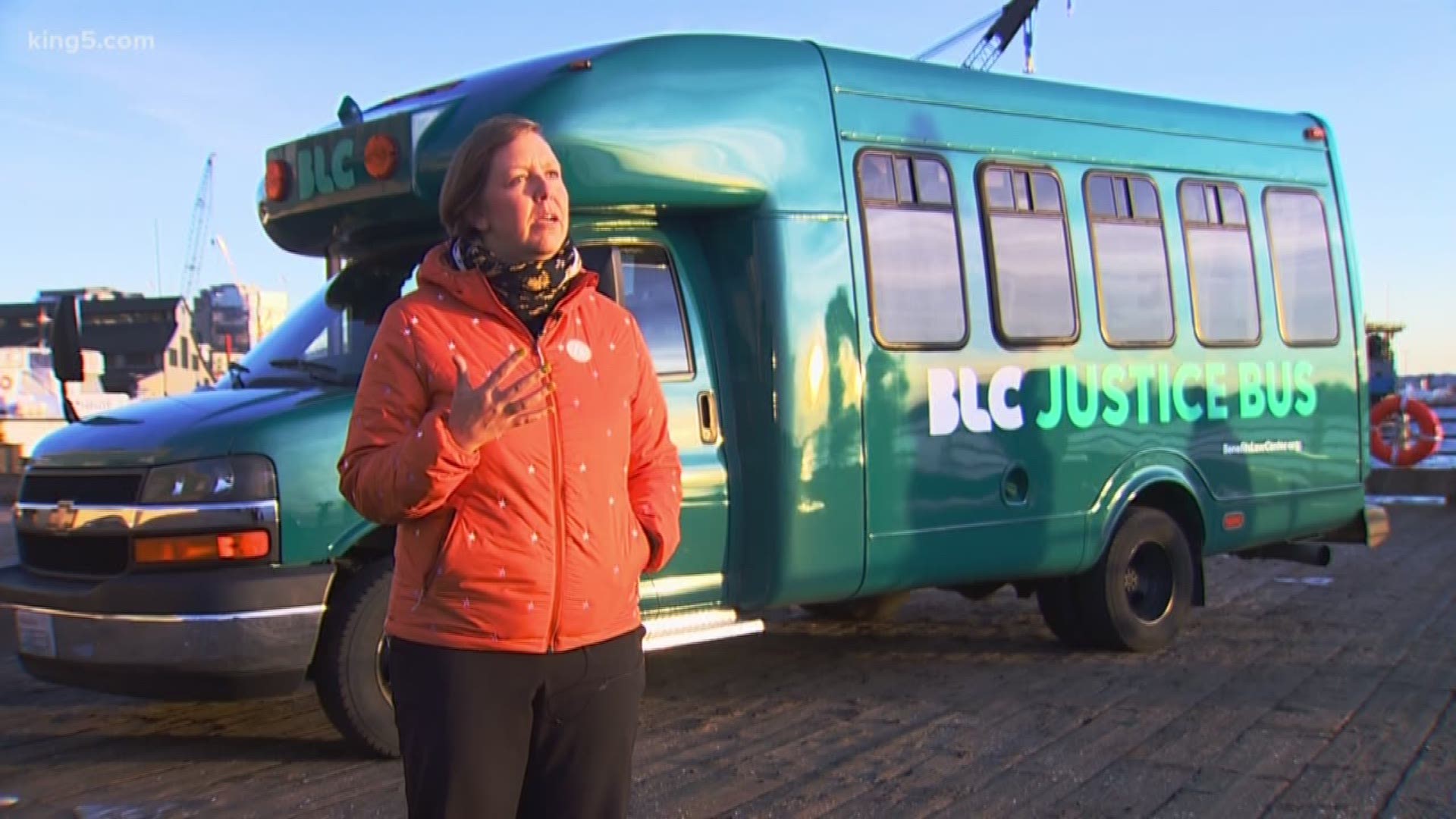 SEATTLE — The Justice Bus is on the streets of Seattle.

The bus comes from Benefits Law Center. They purchased an old Metro Access bus from an auction in 2018 and turned it into a “law office on wheels”

Each week the bus will go to various spots around the community and provide legal counsel to the homeless and other low-income families. It is the first of its kind in Washington state.

The goal was to eliminate the barriers that would otherwise keep people from seeking the help they need.

“When somebody has barriers like transportation or simply being able to engage with a typical law office, we bring the bus to them so they can get legal services where they’re at,” said Alex Doolittle, the Executive Director for the Benefits Law Center.

One of the designers, Erica Bush, said she wanted to make it feel very comforting and welcoming and make them feel like when people walked on that bus to get help, they weren’t walking onto a bus.

“I want them to feel cared for in a space that was the same quality that anyone else would expect,” said Bush.

Right now, there aren’t any plans for an “on-demand” type of service with the bus, but they will announce via social media where the bus will be each week.

Doolittle said the bus will be at common community areas where people will feel welcome to come and get legal help. The bus is also ADA compliant, she said.

You can learn more about the Justice Bus on the BLC's website.