The legal questions remaining in the case are thorny enough that the matter can't immediately be decided, said U.S. District Judge Robert Bryan in Tacoma. 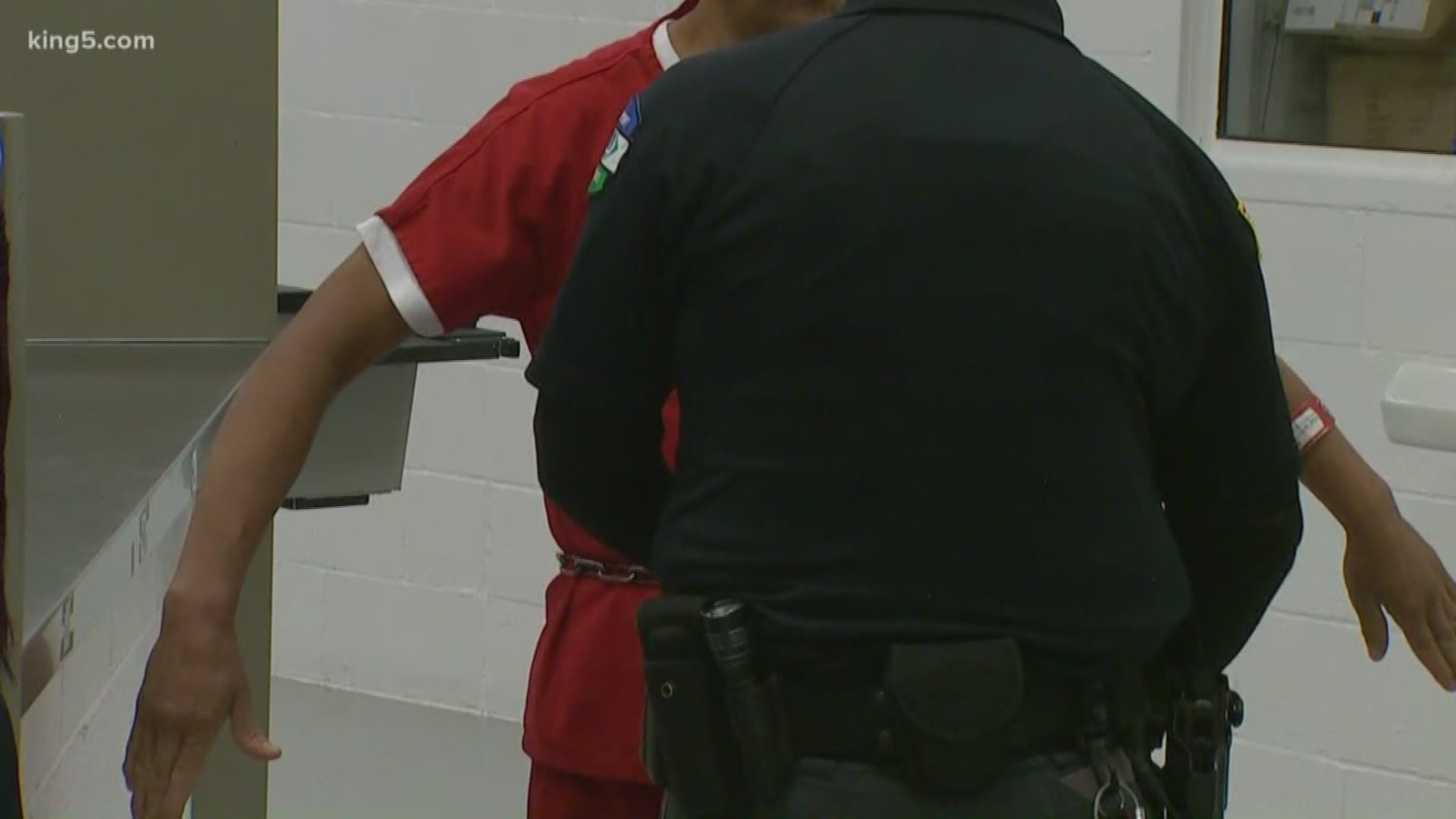 Editor's note: The above video previously aired on KING 5 when media was given a tour of the Tacoma ICE detention center.

Washington state's effort to force a privately run immigration jail to pay its detainees minimum wage for work they perform can continue after all, a federal judge ruled Wednesday.

U.S. District Judge Robert Bryan in Tacoma said last month that he intended to dismiss the case, and he invited state Attorney General Bob Ferguson and lawyers for the GEO Group, which runs the detention center, to comment on a proposed order he planned to file.

Upon reviewing those further arguments, the judge said Wednesday he won't issue the order and the case can continue. The legal questions remaining in the case are thorny enough that the matter can't immediately be decided, Bryan said.

Ferguson, a Democrat, sued GEO in 2017, saying the civil detainees must be paid minimum wage for janitorial, kitchen, laundry and other work they perform at the detention facility in Tacoma — $12 an hour, as opposed to the $1 per day they receive. The lawsuit sought to force GEO to give up profits it made by underpaying the detainees, and has been seen as a test of how well Democratic state officials could resist President Donald Trump's immigration agenda.

The judge had repeatedly rejected GEO's efforts to have the case dismissed. But in August, the Trump administration weighed in on GEO's behalf, filing a "statement of interest" and calling the lawsuit "an aggressive and legally unjustified effort by the state of Washington to interfere with federal immigration enforcement."

The Justice Department said that to apply the state minimum wage to federal detainees — when the state doesn't pay its own civil detainees minimum wage — would impermissibly discriminate against the federal government, violating a legal principle known as "intergovernmental immunity."

Bryan then told the sides he planned to reverse his own earlier ruling and dismiss the case.

"Judges don't like to reverse themselves," Bryan wrote last month. "Sometimes, however, it is necessary — when the law changes or becomes more clear, or when additional facts come to light, or old facts have new impact as the law becomes more clear."

However, after the sides submitted additional arguments in response to Bryan's proposed order, he decided he wouldn't dismiss the case after all.

The attorney general's office argued that Washington's minimum wage law treats the state and federal governments equally: It does not require government-owned detention centers, whether state or federal, to pay minimum wage to detainees, but it does require privately owned facilities to do so, whether they hold federal or state detainees.

At least at this stage, Bryan wrote Wednesday, "It follows that the record does not support a finding that application of the Minimum Wage Act impermissibly discriminates against the Defendant, The GEO Group, Inc., and through it, the United States."

Whether "intergovernmental immunity" will protect GEO from the lawsuit remains to be determined, he said.

GEO's 1,575-bed facility, previously called the Northwest Detention Center, has recently been renamed the Northwest Processing Center as part of a nationwide rebranding of such facilities.