Ethan Nordean was arrested last week after being charged with obstructing an official proceeding and other crimes. He has not entered pleas to the charges. 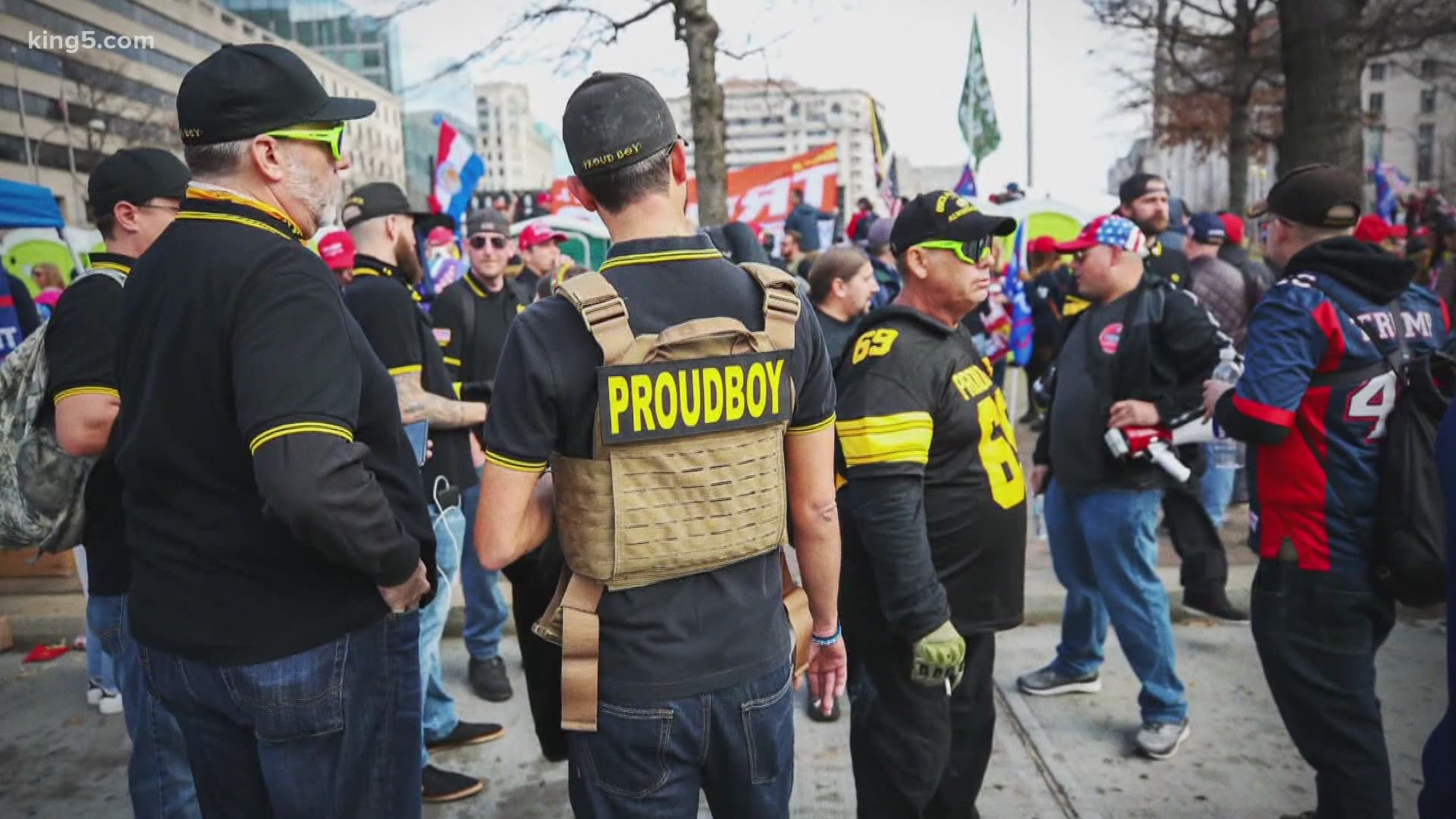 SEATTLE — A member of the far-right group Proud Boys will remain in custody for now pending charges filed in connection with the riot at the U.S. Capitol.

Magistrate Judge Brian Tsuchida in Seattle on Monday initially said 30-year-old Ethan Nordean should be released pending trial but then halted his decision and gave the Justice Department time to appeal.

Within hours, U.S. District Judge Beryl Howell in Washington, D.C., further blocked Nordean's release pending the appeal, and she directed U.S. marshals to transport Nordean to the District of Columbia.

Nordean was arrested last week after being charged with obstructing an official proceeding and other crimes. He has not entered pleas to the charges.

Charging documents state Nordean is the self-described “Sergeant of Arms” of the Seattle Chapter of the Proud Boys, a group self-described as a “pro-Western fraternal organization for men who refuse to apologize for creating the modern world; aka Western Chauvinists,” according to the U.S. Department of Justice (DOJ).

The DOJ says Nordean was among those who entered the Capitol on Jan. 6, 2021 and that he had been near the front of the crowd of rioters as they confronted Capitol police.

Prior to the breach on Jan. 4, 2021, the DOJ says Nordean posted a video on social media, which he captioned, “Let them remember the day they decided to make war with us.”

"My son, Ethan, was arrested on February 3rd for his involvement in the Capitol siege. We have tried for a long while to get our son off the path which led to his arrest today - to no avail.  Ethan will be held accountable for his actions."