A judge has found Tim Eyman in contempt for not properly disclosing information connected to a major campaign finance lawsuit. 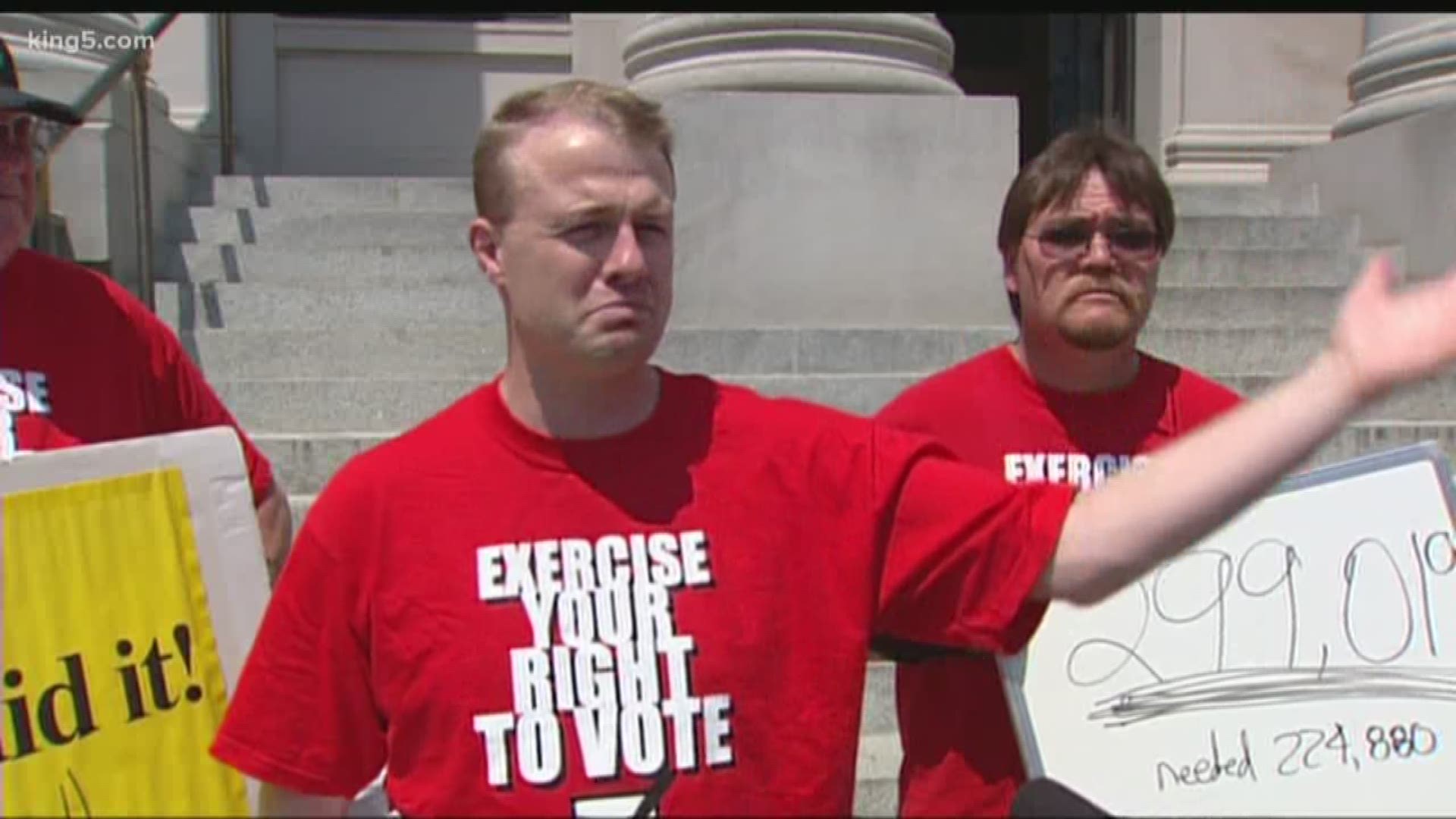 The case dates back to 2012 and Initiative 1185, which would have required a two-thirds vote by the Washington Legislature to raise taxes.

Eyman collected more than $1 million in donations, but he's accused of funneling more than $300,000 of those funds into either a personal account or to another cause.

"His supporters should know that there were donors to Tim Eyman who thought they were donating to one initiative, and that money went to his personal living expenses and to an entirely different initiative,” Washington State Attorney General Bob Ferguson said in 2017.

Last year, a judge found Eyman in contempt for refusing to turn over all pertinent documents to the state. He was fined $250 a day beginning in February 2018. Those fines jumped to $500 a day in September 2018 because Eyman refused to comply with the state.

The state requested Eyman to disclose information about the hundreds of thousands of dollars of payments he solicited from donors by January 24, 2019. When that date passed, a special discovery master was appointed to manage the case, who set a new deadline of May 31.

Judge James Dixon found Eyman in contempt for the second time Friday for refusing to disclose the information that was originally requested by January.

Eyman responded to KING 5, “Because I don’t have an attorney representing me in this matter and it is active litigation, I do not feel comfortable responding to the Attorney General’s latest press release.”

He will remain in contempt until he provides the information from the February 2018 contempt order, and the donor information requested by the state.

Ferguson’s Office said Eyman and his company, Watchdog for Taxpayers, have been in contempt on separate violations for over 525 days and face over $211,750 in fines.