A skateboarder found unconscious on a Bellevue street last month after crashing is recovering at Harborview. 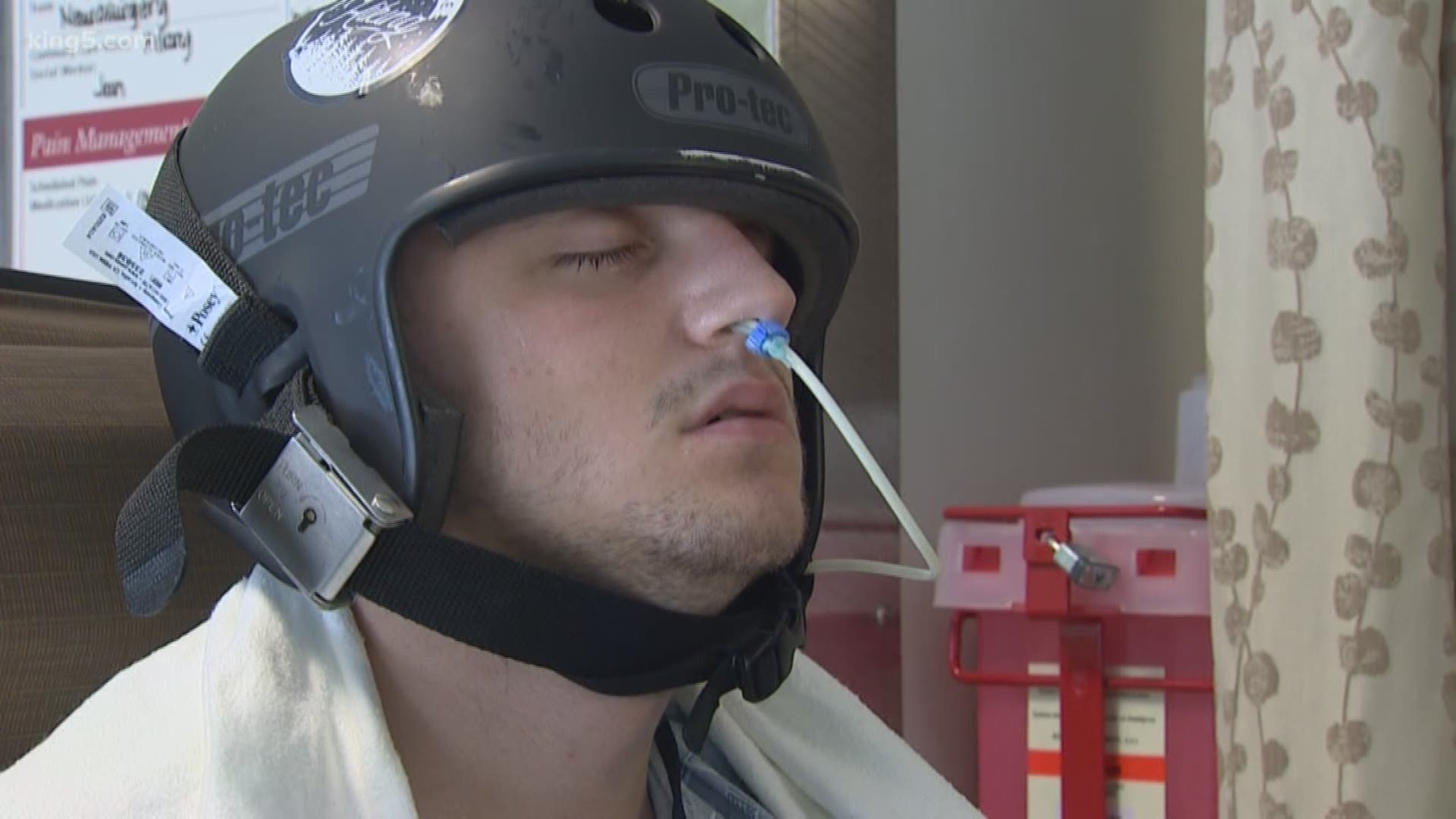 SEATTLE — A 19-year-old is recovering at Harborview Medical Center in Seattle after suffering a traumatic brain injury when he fell off his skateboard.

James Roberts was found unconscious on a Bellevue street last month after he crashed while riding to a neighbor’s home to housesit. He was not wearing a helmet.

Troske-Roberts has been a nurse for more than 30 years. She said while her son is no longer in the intensive care unit at Harborview, she doesn’t know what the future holds.

She fears her son may have vision loss and will not be able to live on his own. She is frustrated he wasn’t wearing a helmet at the time of the crash because he always wore his helmet when he was at the skatepark.

“Right next to our front door we have a rack [for] hanging helmets. Right by the front door,” Troske-Roberts said.

As a mother, Troske-Roberts said she made sure her five children knew the importance of biking and skateboarding while wearing a helmet. As a member of the Emergency Nurses Association, she’s visited schools trying to raise helmet awareness.

“We’d bring people who had profound injuries,” said Troske-Roberts, who said students would be eager to wear helmets, a habit she knew would not last for everyone, including her son James.

“You can show them stuff until the cows come home, they will still make that little decision that just completely alters their life,” said Troske-Roberts.