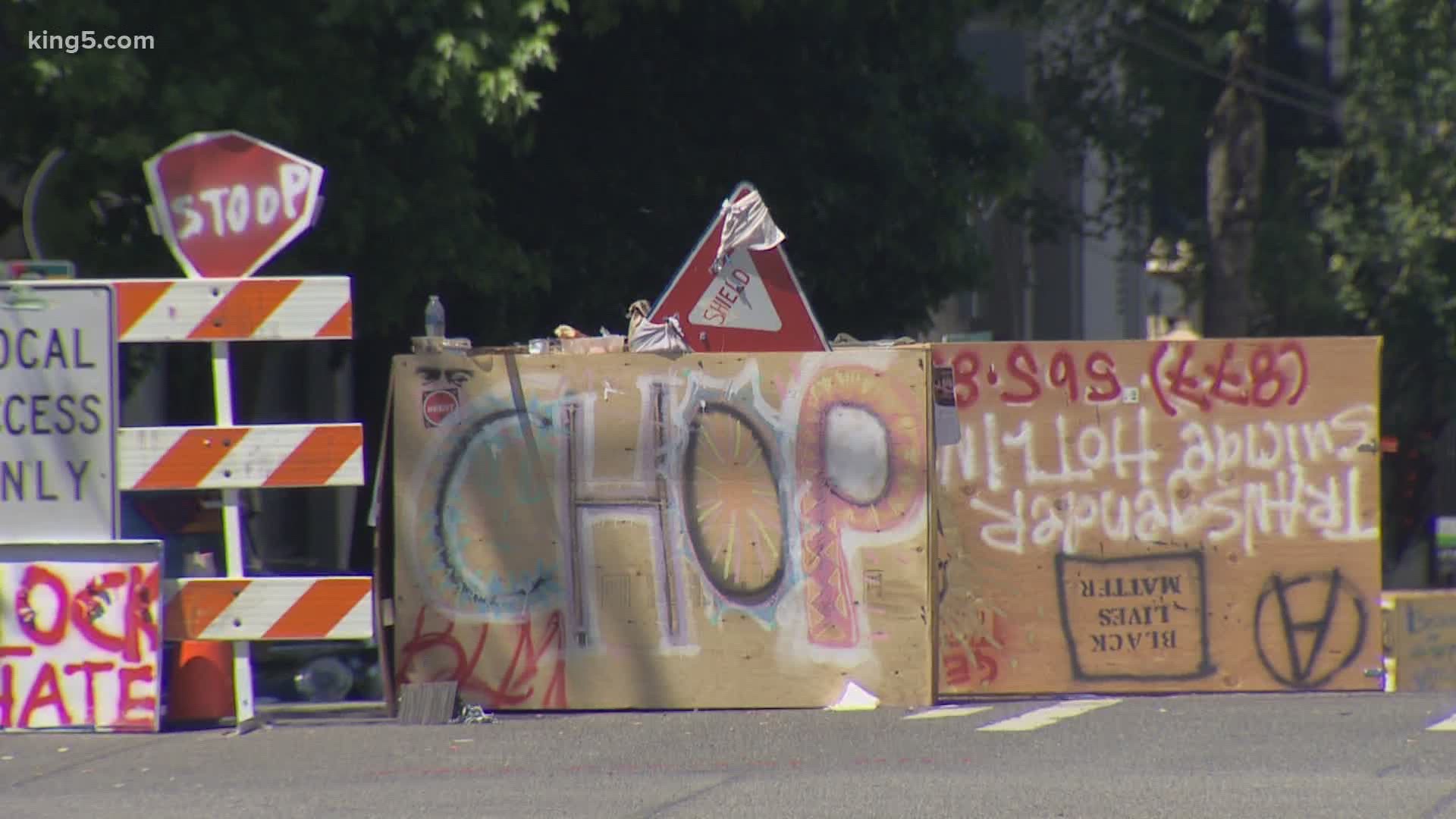 There have been three shootings since Saturday near Seattle's "Capitol Hill Organized Protest" zone, known as CHOP. A 30-year-old man was shot in the calf early Tuesday morning by the northeast corner of Cal Anderson Park.

The first shooting in the CHOP zone happened early Saturday morning and claimed the life of 19-year-old Horace Anderson. A 33-year-old man was also shot and remains in critical condition at Harborview Medical Center.

The following night, a 17-year-old boy was shot in the arm near the CHOP zone. He was treated at the hospital and released. He declined to speak with detectives.

In the wake of these shootings, Seattle Mayor Jenny Durkan and Police Chief Carmen Best have announced the city's intention to dismantle the CHOP zone and return officers to the East Precinct, which was evacuated on June 11.

Community member Rick Hearns said he has never protested before, but was drawn to the CHOP zone.

The 59-year-old is a security volunteer on the Community Response Team in the CHOP zone.

“People come down here and they push the envelope. I can’t tell you how many times I’ve used my mace.”

Seattle officials held a press conference Monday with their intention to dissolve the CHOP zone and reopen streets in the neighborhood, with the keystone being the East Precinct.

Hearns said, "We don’t want none of that. No violence, we need more brown and Black bodies down here to help us."