‘It’s a miracle’: Front line nurse recovering after crash that tore car in half 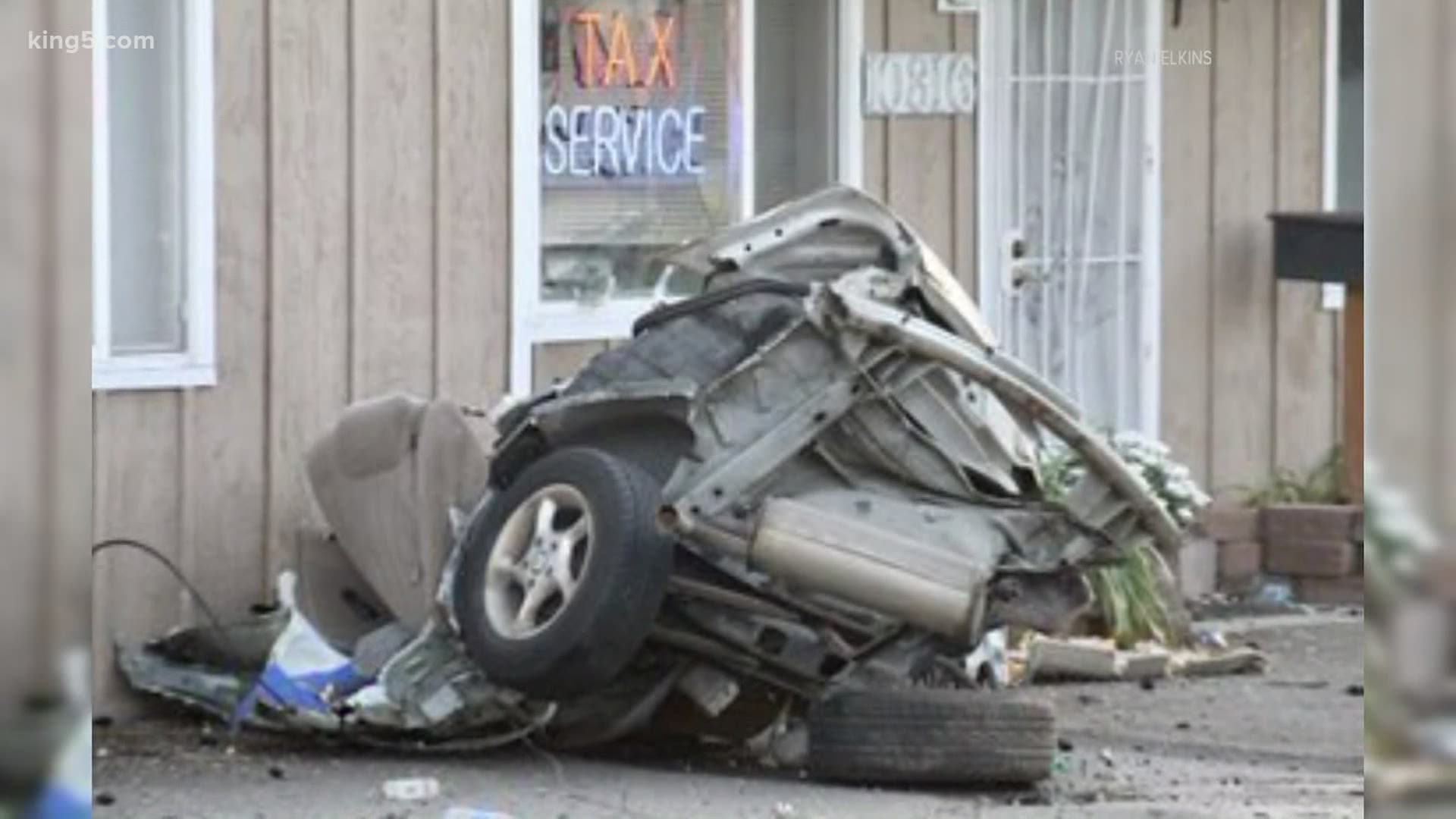 LAKEWOOD, Wash. — A 62-year-old nurse is recovering after her daughter said a man driving 100 miles per hour slammed into her car in Lakewood Friday night.

The crash happened near the intersection of Bridgeport Way Southwest and Filbert Lane around 6:30 Friday night.

Linda Johnson was trapped inside the car and had to be pulled out by two passersby. Linda’s daughter Katie Johnson said the impact left Linda’s body covered in bruises. She also had two broken toes.

“I kept being told she should not be alive,” said Katie. “The EMT who had my mom said he had been an EMT for 20 years and he had never seen an accident this horrible before.”

Katie said her mother Linda is a nurse at Western State Hospital in Lakewood and was out buying food for some of her night nurse colleagues Friday.

She was just minutes from her home when the other driver plowed into her.
“She was out doing something good for these front line nurses and then this guy came and did this,” she said.

Katie said her mother has been risking her own health as a front line healthcare worker, and now the crash has left her unable to work and without a car or a phone. According to Katie the other driver was driving with a suspended license and had no insurance.

“Without this guy having insurance, it’s all falling on her,” she said.

Katie launched a GoFundMe account for her mother to help her get on her feet.

She said her mother is still suffering from some trauma but remains optimistic and grateful for the people who helped her at the scene of the crash.

“She said, ‘If you think there are not good people in this world, there are.’”

Katie said the driver who hit her mother also was not seriously injured and she expected that he would face charges.