Is the rising cost of living pushing tech companies into the suburbs?

The housing market may be pushing a tech company out of Seattle and Bellevue city limits. 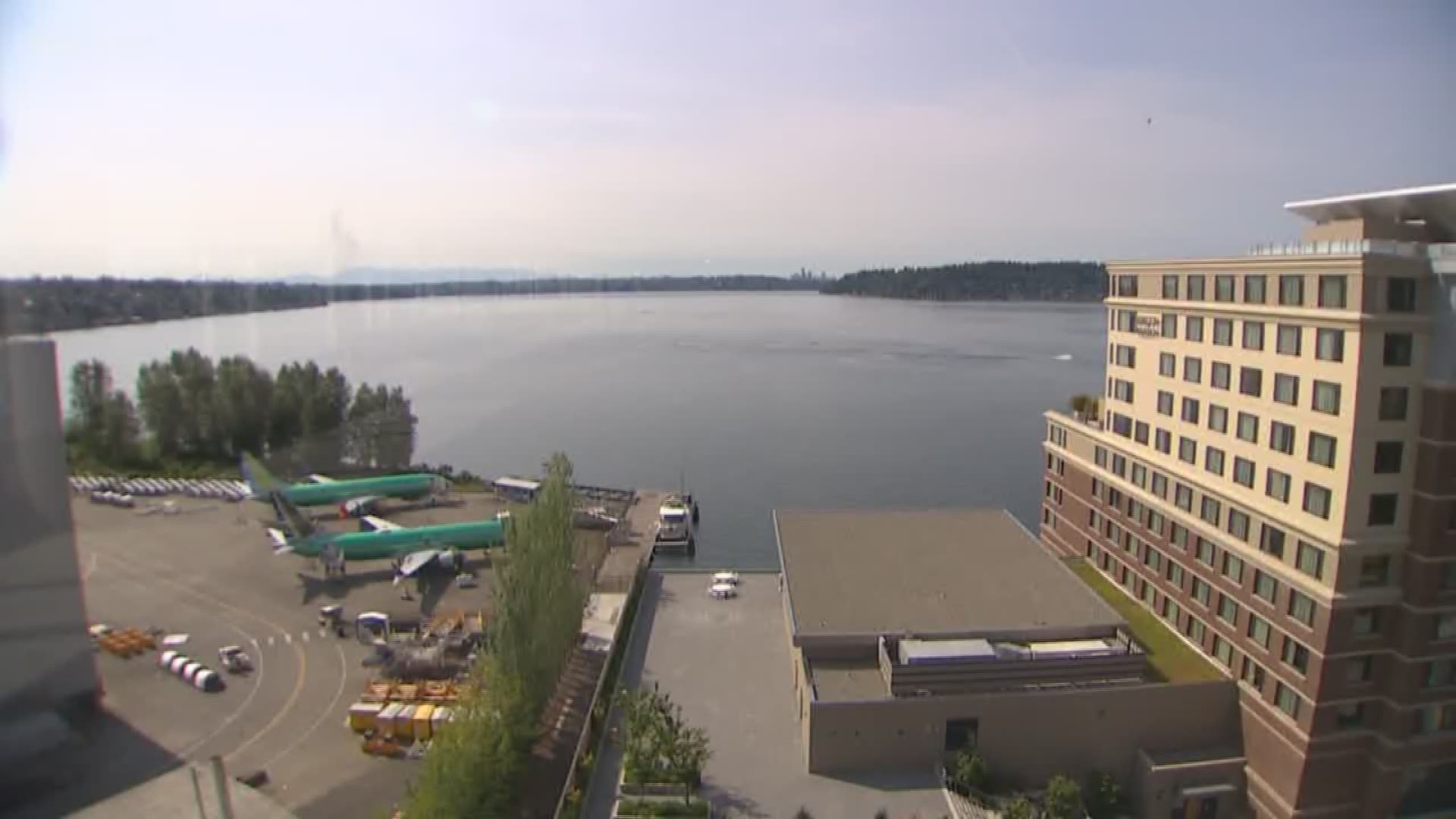 As home prices continue to go up in Western Washington, it's not just homebuyers who are moving the suburbs.

A huge tech campus is getting its finishing touches, but it isn’t located in downtown Bellevue or Seattle. It’s sprouting up in Renton.

The Southport Office Campus, built on the south shore of Lake Washington, is a 17-acre site that’s trying to fill 688,147 square feet of office space. Kip Spencer, Director of Leasing & Marketing of SECO Development, touted the campus as affordable for tech companies and their future employees.

“Affordability of housing is a key issue in our region right now,” Spencer said. “You can find the same home in Renton for hundreds of thousands of dollars less than Seattle and Bellevue and that has actually generated a lot of interest in this project.

“Being able to locate in an environment with the workers have a very short commute with affordable housing is something that’s hard to come by in this region,” he said.

At a cost between $38-$40 per square foot, Southport would be priced 15-20 percent less than the average office space price in Seattle and Bellevue’s Central Business Districts.

Some people at a nearby park wondered what a possible surge of well-paid tech workers might mean for them.

“Well, I imagine that prices here will go up even further,” said Candace King of Spanaway. “Everybody’s going to have to move south.”

In response to cost-of-living concerns, Spencer cited the improvements of the 17-acre site, which was a former power plant.

“This is in the path of progress,” he said. “This used to be an industrial neighborhood.

“Prices are going up everywhere,” he continued. “It’s all relative.”