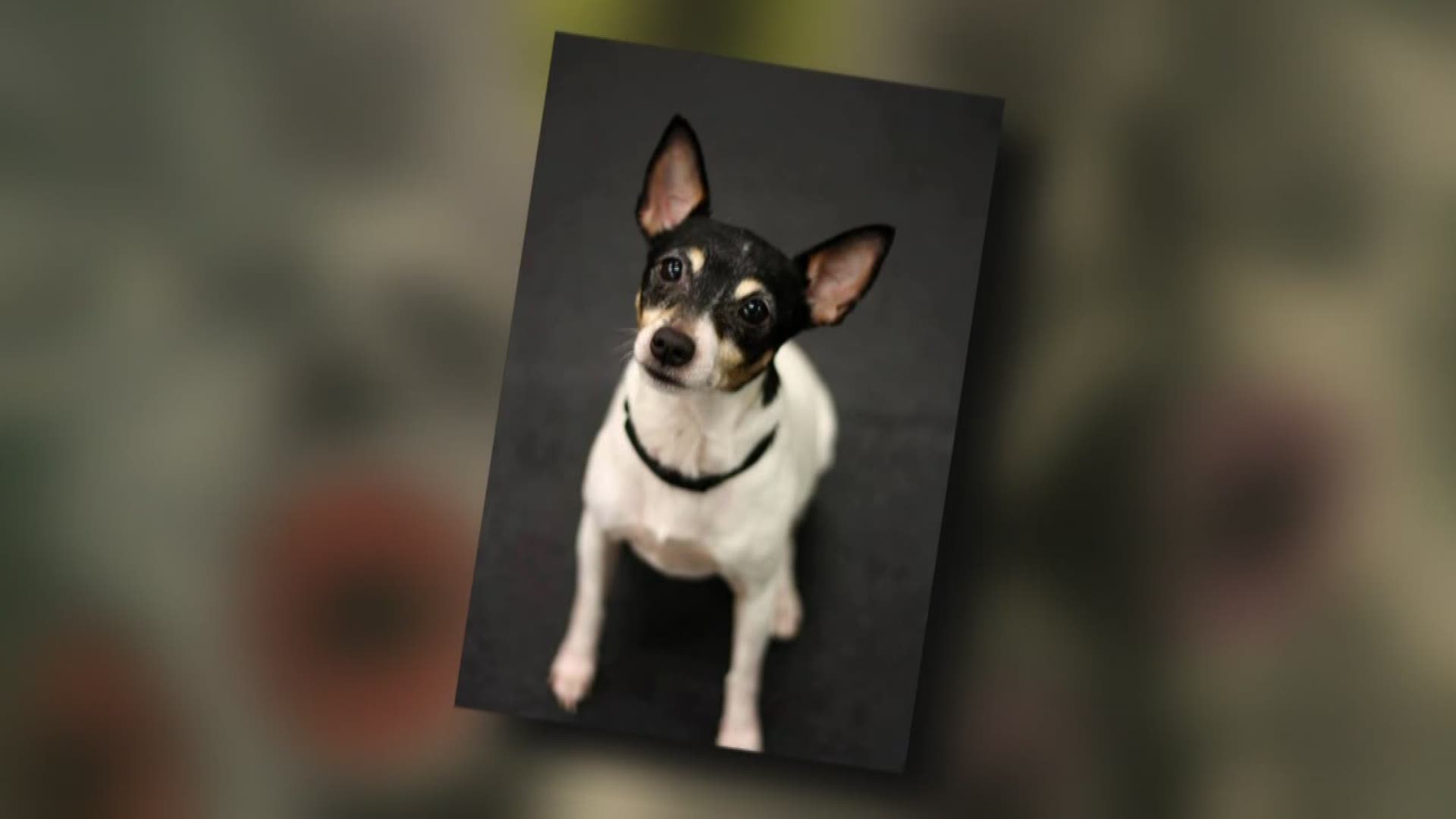 If you're reading this story in the KING 5 app, click here.

The Washington Department of Health Veterinary Board is investigating a complaint filed against two individuals at Renton Veterinary Hospital after a Terrier received severe burns during teeth cleaning at the facility and died.

Medical records indicate the 9-year-old dog, Zelda, received burns to 90 percent of the right side of her body.

Zelda's parents, Jme and Bryan Thomas, said they were led to believe the teeth cleaning would be a simple, routine procedure and were never warned heating pads might be used.

"We really trusted taking her there and felt like we were being responsible pet owners getting her teeth cleaned," Jme said. "So, for something so tragic and unnecessary to happen, it has been pretty devastating to us."

The Thomases said they noticed Zelda's burns, which were initially masked by her fur, shortly after picking her up from the pet hospital.

"We couldn't even touch her," Jme said. "How could any animal survive this? This is half of her body."

The Thomases first rushed Zelda to an emergency hospital in Redmond then whisked her across the state to Washington State University's College of Veterinary Medicine in an effort to save her life.

"I knew that was the best place for her, that they would be able to do things other places wouldn't," Jme said.

Seven days later, Zelda died after undergoing multiple procedures to save her life and address her burns.

"It's so hard to believe we are never going to see her again," Jme said.

"You try not to think about it as part of the mourning and try to move on, and the little things constantly remind you," Bryan added.

An attorney for Renton Veterinary Hospital (RVH), Robert Novasky, spoke on behalf of Dr. Kimber Pawley and veterinary technician Elizette Vargas, the two individuals who provided the care that led to Zelda's burns.

"It is difficult to have something like this happen," Novasky said. "They plan to help their patients and not hurt them. So, they feel very badly about this."

Novasky said Pawley and Vargas made an intentional decision to use a heating pad to prevent hypothermia while Zelda was under anesthesia, but he also admitted that the heating pad they used is not intended for animals who are unconscious and can't move away if the pad gets too hot.

"There are heating pads made specifically for anesthesia and any practice ought to be using those," said Lynne Kushner, a veterinary anesthesiologist and the executive secretary of the American College of Anesthesia and Analgesia.

Kushner said electric heating pads like the one used at RVH were more common in veterinary clinics years ago, before new technology was made available to reduce the likelihood of a complication and before new recommendations were released discouraging their use.

Washington state's Veterinary Board has zero rules specific to heating pads, but it does require animal doctors to use "equipment appropriate for the type of patient and surgery performed" and "to keep abreast of new developments."

Still, one out of every five veterinary clinics KING 5 called around Seattle admitted to using electric heating pads.

"So, I think it's perfectly fair for a pet owner to ask these questions, everyone should," Kushner said, referring to what kind of a heating pad is issued during any procedure requiring anesthesia. "Anesthesia has some risks."

The Department of Health (DOH) couldn't tell KING 5 how many other complaints specifically about heating pad injuries they have received, saying in a written statement, "There is no way for us to determine that as the case nature and allegations are given generic terms such as Standard of Care, Billing Issue, etc.  We have no way of flagging or running reports for cases that are that specific in nature."

However, a request for a list of all complaints filed against a veterinarian or a veterinary technician over roughly the past five years, as well as the outcomes of each case, indicated 555 complaints had been filed with DOH, and of those complaints, 23 percent resulted in discipline.

"They tried to use this experience to learn and to make changes," Novasky said.

The changes do little to reduce Jme and Bryan's suffering.

"This is going to affect us forever and how long will they remember it?" Jme asked.

Jme and Bryan said they hope their tragedy will spread awareness about the dangers of heating pads and persuade other pet owners to ask questions before agreeing to any procedure.

"I want other people to know they need to advocate for their animals. You can't trust anyone to love your animal like you do," Jme said. "We can never get Zelda back, and I will never get over it, but if we can prevent this from happening to other people, that is the best outcome we can hope for."

Some good questions to ask your veterinarian include:

1. Will one person be assigned specifically to monitoring my pets vitals?

2. Will a heating pad be used?

3. If so, is the heating pad intended for surgery and what safeguards are in place to prevent burns?

4. What type of heating pad will be used?

The Thomases have filed a civil lawsuit against RVH, Pawley, and Vargas.

Both Pawley and Vargas could also face fines or the loss of their license as a result of the DOH investigation.

Check below to see if your veterinarian or veterinary technician has been disciplined in the past five years. You must enter his or her name. The names of veterinary clinics and hospitals are not listed.