Inslee looks to future in inaugural address; GOP says vaccines should be priority

Gov. Jay Inslee was sworn in for a third term, and laid out plans for recovering from the pandemic. But state Republicans criticized his focus on revenue. 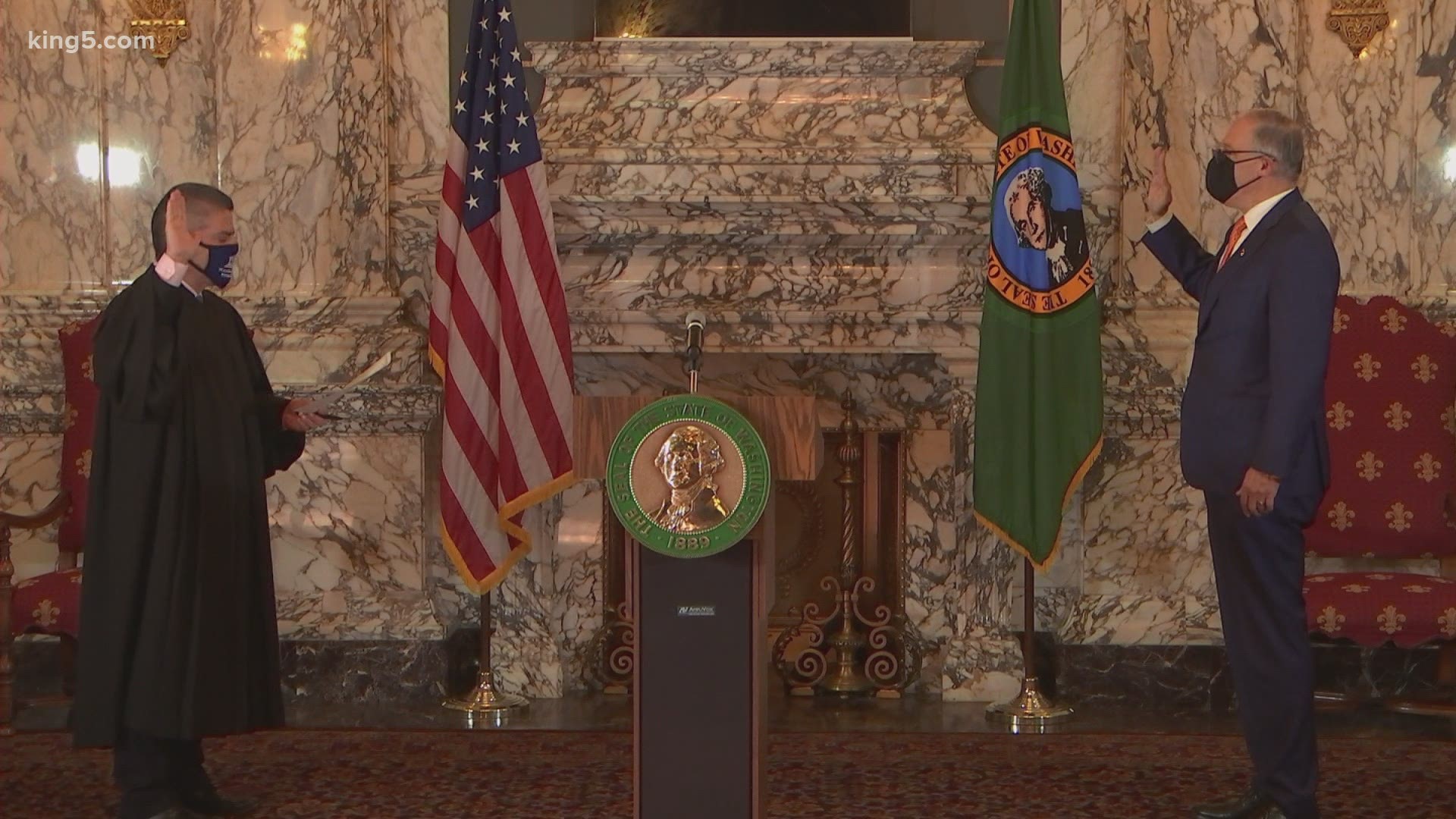 OLYMPIA, Wash. — In a videotaped speech to a mostly remote meeting of the Washington Legislature, Gov. Jay Inslee on Wednesday told lawmakers that following the challenges of 2020, the state must move to a “new normal.”

In his third inaugural address, he said lawmakers will need to address a multitude of issues, including equity, affordable housing and climate change.

”Washington is a resilient state. Washington knows how to recover. This is not going to stop Washington state’s eternal march of progress to a more just and equitable community,” Inslee said.

He did not mention his proposed new taxes, which would include new fees on the state’s polluters and a capital gains tax on top investment earners.

In the Republican response, Rep. Drew Stokesbary said the state does not need new taxes.

”We believe now, more than ever, government should do no harm,” said Stokesbary, R-Auburn, “Regrettably the governor is proposing a litany of measures that will make driving, working, simply living more expensive for the average Washingtonians.”

House Minority Leader Rep. J.T. Wilcox said one of the governor’s priorities right now should be getting more citizens vaccinated.

”We need him to succeed. Our grandparents and parents, vulnerable people, everybody’s family is depending on him and the efforts of the state of Washington,” said Wilcox, R-Yelm.