Gov. Jay Inslee said that he's been thinking about Point Roberts residents for months during a press conference Thursday. 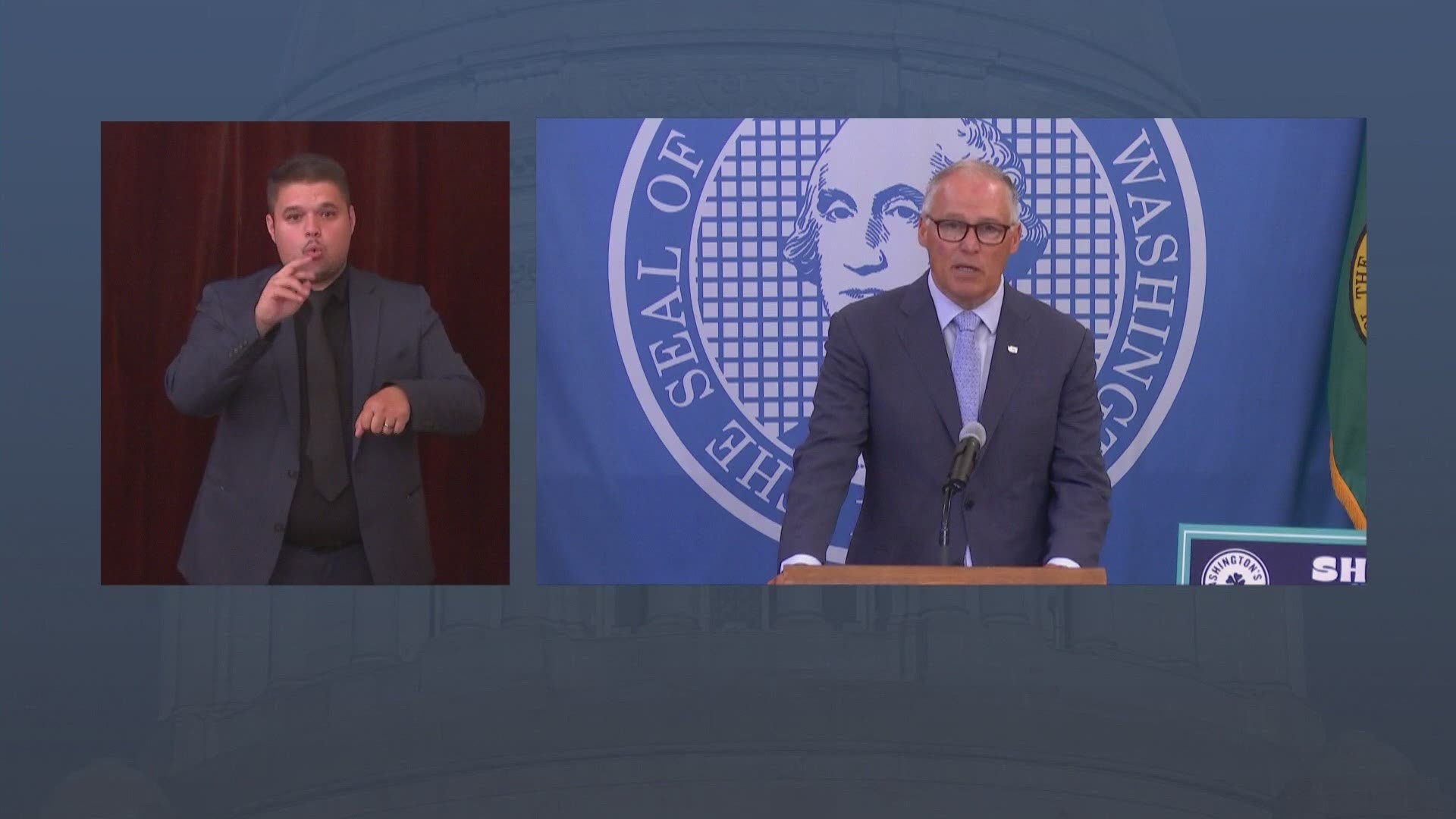 OLYMPIA, Wash. — Washington Gov. Jay Inslee said he is frustrated by the continued closure of the U.S.-Canadian border and how it has cut off the small town of Point Roberts from the rest of the country.

"I'm disappointed that the federal governments have not agreed to open this border. I’ve been grievously disappointed. I’ve expressed that as forcefully as I can, and the people of Point Roberts should know that I’ve been thinking about them for months now," he said during a press conference on Thursday.

The Whatcom County exclave is cut off from the rest of the lower United States by two different land border crossings.

Earlier this week, the owner of the town's only grocery store told KING 5 that she would close by July 15 because of the continued closure of the border. Washington Representative Suzan DelBene cited the KING 5 report this week in asking both governments to grant an exemption.

The Point Roberts fire chief Christopher Carleton said the grocery store closure will lead to an impending "humanitarian crisis," adding that the town has only had two positive COVID-19 cases and a vaccination rate near 90%.

Yet, the "Point" as locals refer to it has not been given an exemption for non-essential travel, which has split families and prevented others from checking on their homes or businesses. Carleton and others have suggested the five-square mile area will become a ghost town as a result of the closure.

Further angering residents is the idea that exemptions have been given to Alaskans traveling through Canada, and other exclaves. Canada has also granted an exemption to NHL teams to travel in and out of the country for the Stanley Cup Playoffs.

On Thursday night, the Montreal Canadiens qualified for the Stanley Cup Finals, which means they'll be traveling in and out of the United States for games.

Prime Minister Justin Trudeau tweeted their logo in excitement after the victory.

Right now, the border closure remains in effect until July 21, although the Canadian government is loosening quarantine restrictions for traveling citizens before that.