Inside crane inspections in Washington state

A deadly crane incident in 2006 spurred the state legislature to add regulation to the industry. 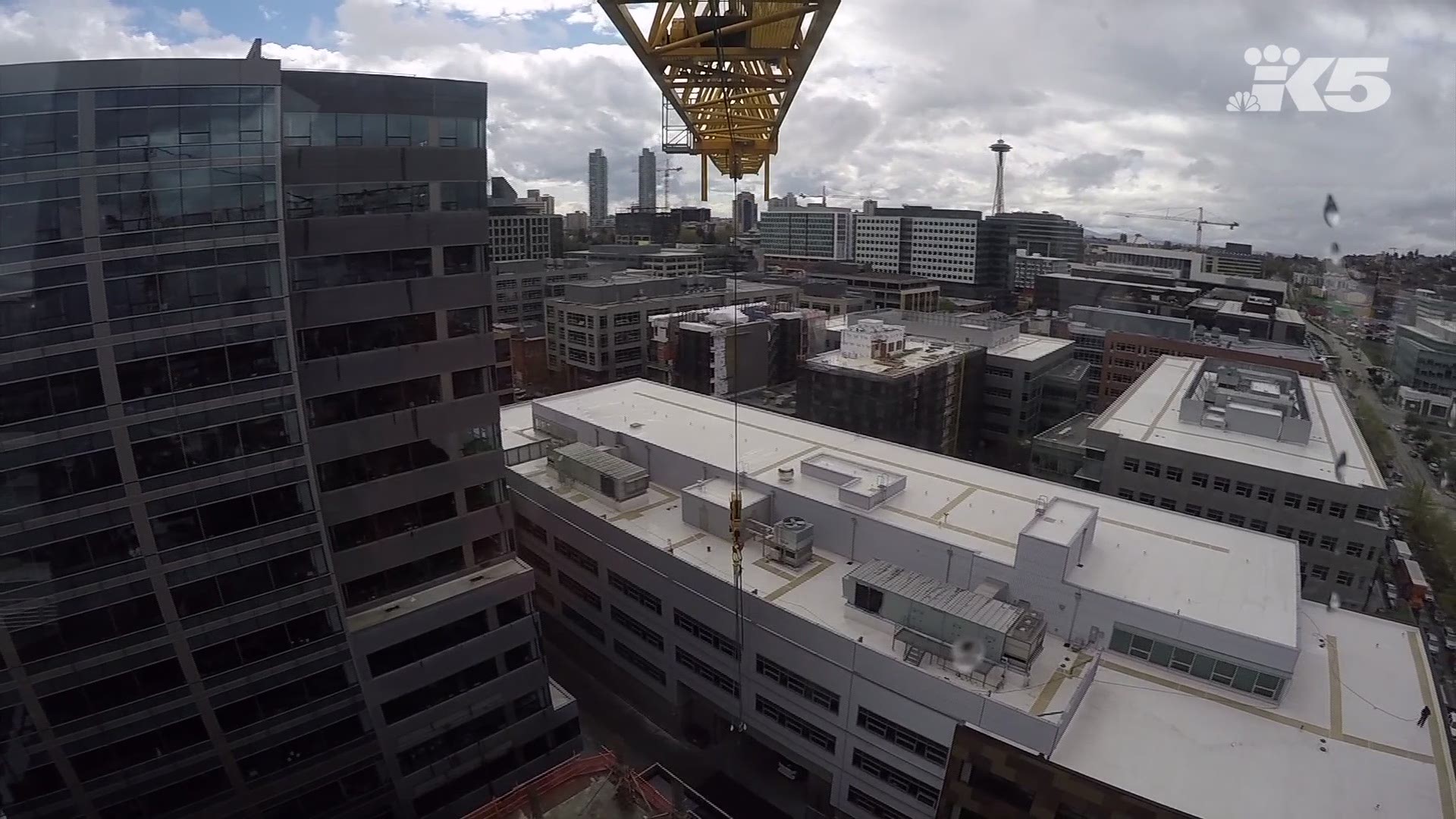 After a crane in Seattle’s Belltown neighborhood malfunctioned and almost injured workers and a passing bicyclist in April 2017, Washington’s Labor & Industries officials described to KING 5 how it oversees cranes in the state.

“I have seven inspectors that are statewide,” said Brian Haight, Region 8 compliance manager for The Department of Occupational Safety and Health, which is part of Washington’s Labor & Industries.

“They have to pass a rigorous set of tests and applications to have a certain level of experience,” he said.

Those private inspectors must sign off on the cranes before assembly, after assembly on-site, and at least once a year, according to Joe Sadler of Exxel Pacific.

“The reason we have so many rules and regulations really is typically because at some point in time someone got hurt or worse,” he said.

The turning point was a deadly 2006 crane incident. It killed a man while he was inside his Bellevue apartment next to the construction site.

“It got everyone’s attention to the fact that there weren’t a lot of regulations out there,” said Haight. He said it spurred the state legislature to add regulation to the industry.

That included the multiple inspections throughout assembly and year-round, added Haight.

“The operators, they have to be qualified. They have to go through testing to make sure they can operate cranes safely,” said Sadler. “Also in Washington, one of the things they have to have a minimum amount of hours that specific type of crane before they’re allowed to operate it by themselves.”

Only 18 states and six cities require crane operator licenses, according to The Crane School.

Sadler thinks the public doesn’t realize all of the safety protocols companies like his go through.

“They just see something on the end of a line being lifted up or lowered down on the crane,” he said. “There’s many things in place to make sure sure the guys on the job sites are safe, but also the public is safe.”

“You always worry because that next phone call could be a problem, but you really rely on your team, and you rely on the training you provide,” said Sadler.