49-year-old Joseph Matthew Tremato was mistakenly released from King County Jail Wednesday when he joined a group of inmates being escorted to release. 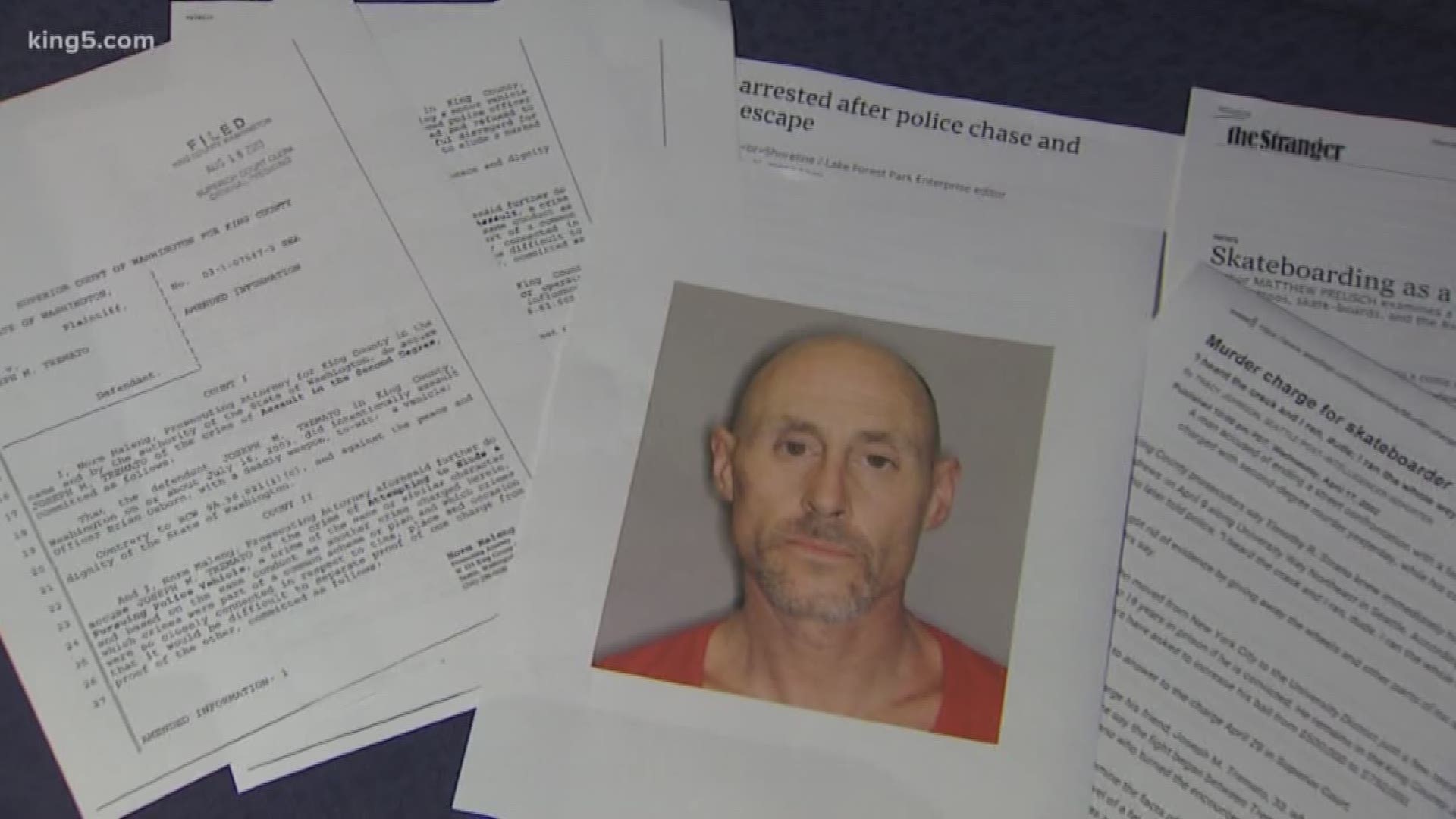 An inmate was mistakenly released from the King County Correctional Facility in downtown Seattle on Wednesday. Joseph Matthew Tremato, 49, was arrested last weekend on burglary and drug charges, along with outstanding warrants.

He escaped by joining a group of inmates being processed for release. Tremato was seen on video walking out of the facility around 4:30 p.m. Wednesday.

The King County Sheriff's Office and Seattle Police Department are currently searching for Tremato, who is believed to still be in the Seattle area. An internal investigation is underway.

Tremato escaped from custody at least once before, in 2003. He escaped while being treated at Harborview after leading police on a car chase.

Tremato is a white male, 5'7" and 160 pounds with a large tattoo that says "ZOOM" on the back of his shaved head.