The Department of Corrections said it appeared that Garrett Young, 32, had apparently dug under a fence at a gym where he was housed due to COVID-19 precautions. 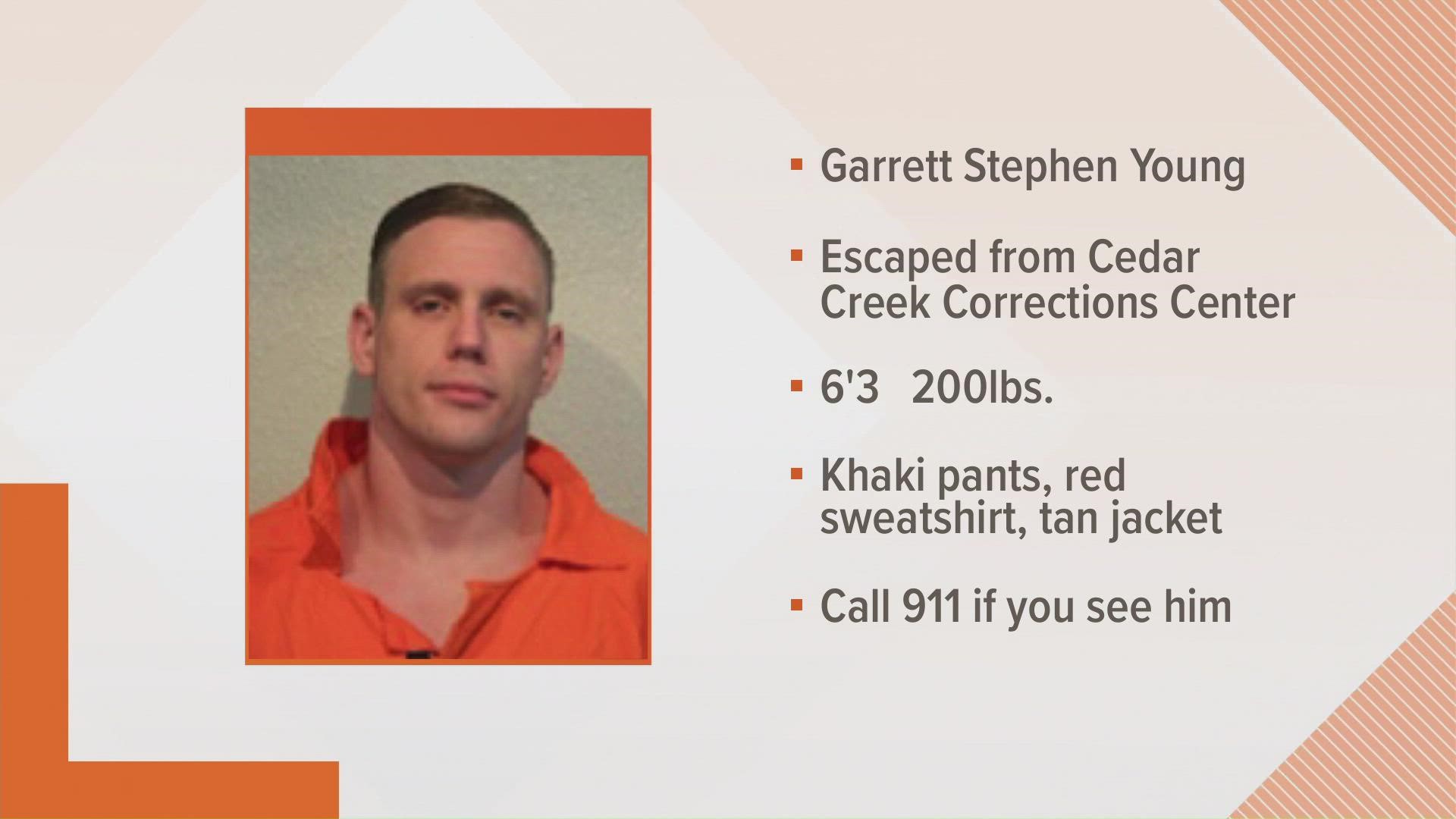 LITTLEROCK, Wash. — An inmate escaped from a corrections center in southwest Washington early Saturday by apparently digging under a fence, the Department of Corrections said.

Garrett Stephen Young, 32, was being temporarily housed in a gym due to COVID-19 safety precautions, corrections officials said in a release.

Cedar Creek Corrections Center staff discovered he was missing during a routine check around 3 a.m. The facility is located at 12200 Bordeaux Road, in Littlerock, Washington.

An inmate recovery team of officers from Cedar Creek and Stafford Creek Correction centers are searching for Young. They are being assisted by the Thurston County Sheriff's Department and the Washington State Patrol, according to a release from the DOC.

If you see Young, officials say you should call 911 or 360-359-4100 to reach the corrections center, and they advise not to approach him.

Young was convicted of Theft 1, Possession of Stolen Vehicle, Burglary and Attempting to Elude in Skagit County, and his release date was set for Feb. 2, 2024, DOC officials said.