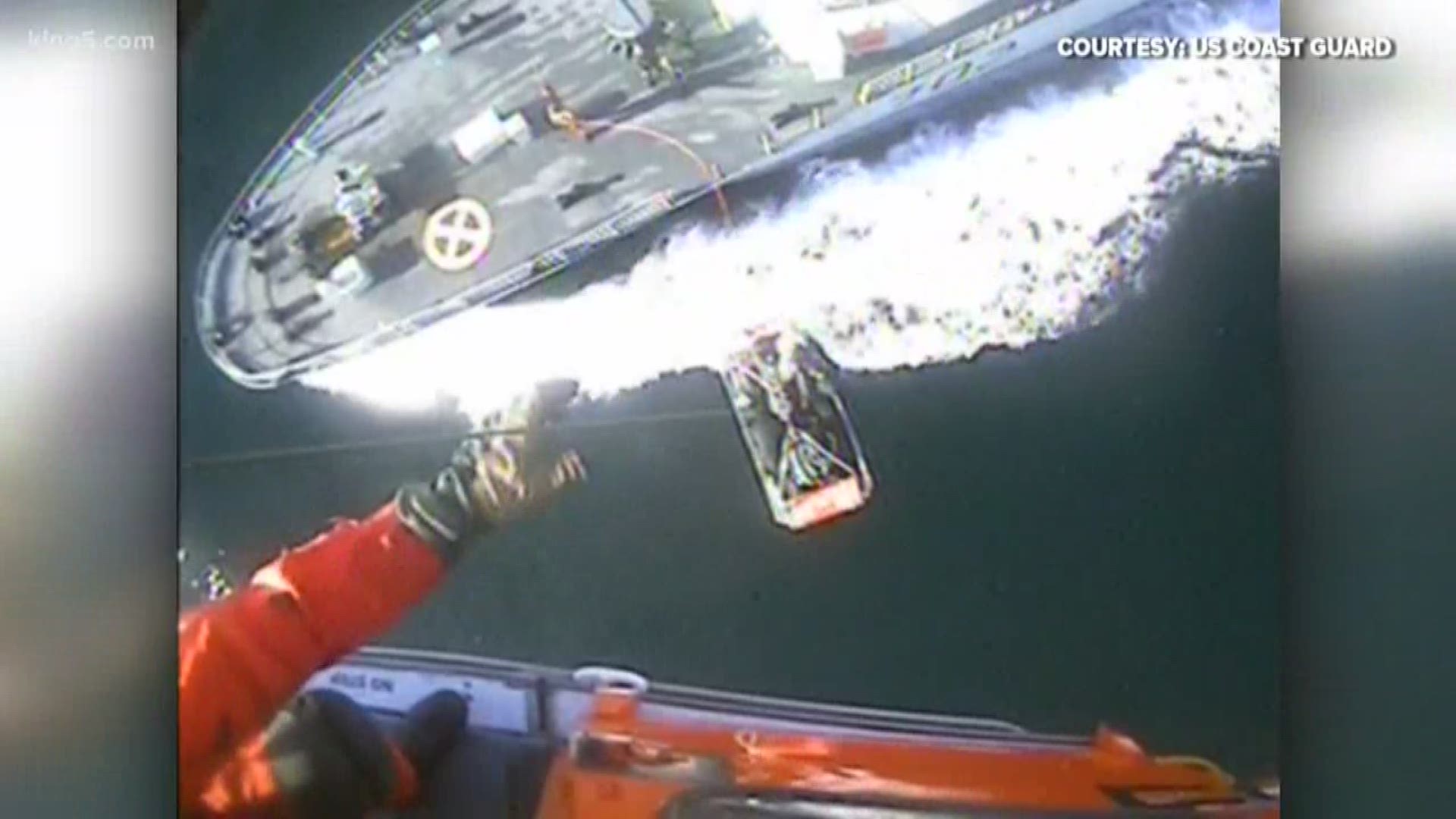 SEATTLE — Coast Guard crews hoisted an injured man from a Canadian naval vessel that was in the northern section of Admiralty Inlet.

The Coast Guard Sector Puget Sound command center in Seattle was notified at 10:30 a.m. Friday that a man aboard the 181-foot (55-meter) Royal Canadian Navy Ship HMCS Nanaimo had sustained a head injury after a fall.

The Coast Guard says the ship crew reported that the man had a laceration on his head and showed signs of a concussion.

A Coast Guard helicopter crew conducting training exercises nearby responded and lowered a rescue swimmer onto the ship’s deck.

The injured man was then put into a basket and hoisted into the helicopter.

The aircraft transported him to a Seattle hospital where he was then transferred by ambulance to another facility for medical care.

The patient’s medical condition was not known