Seattle officials are visiting Nashville this week, invited by the Nashville Area Chamber of Commerce to share the city's transit experiences. 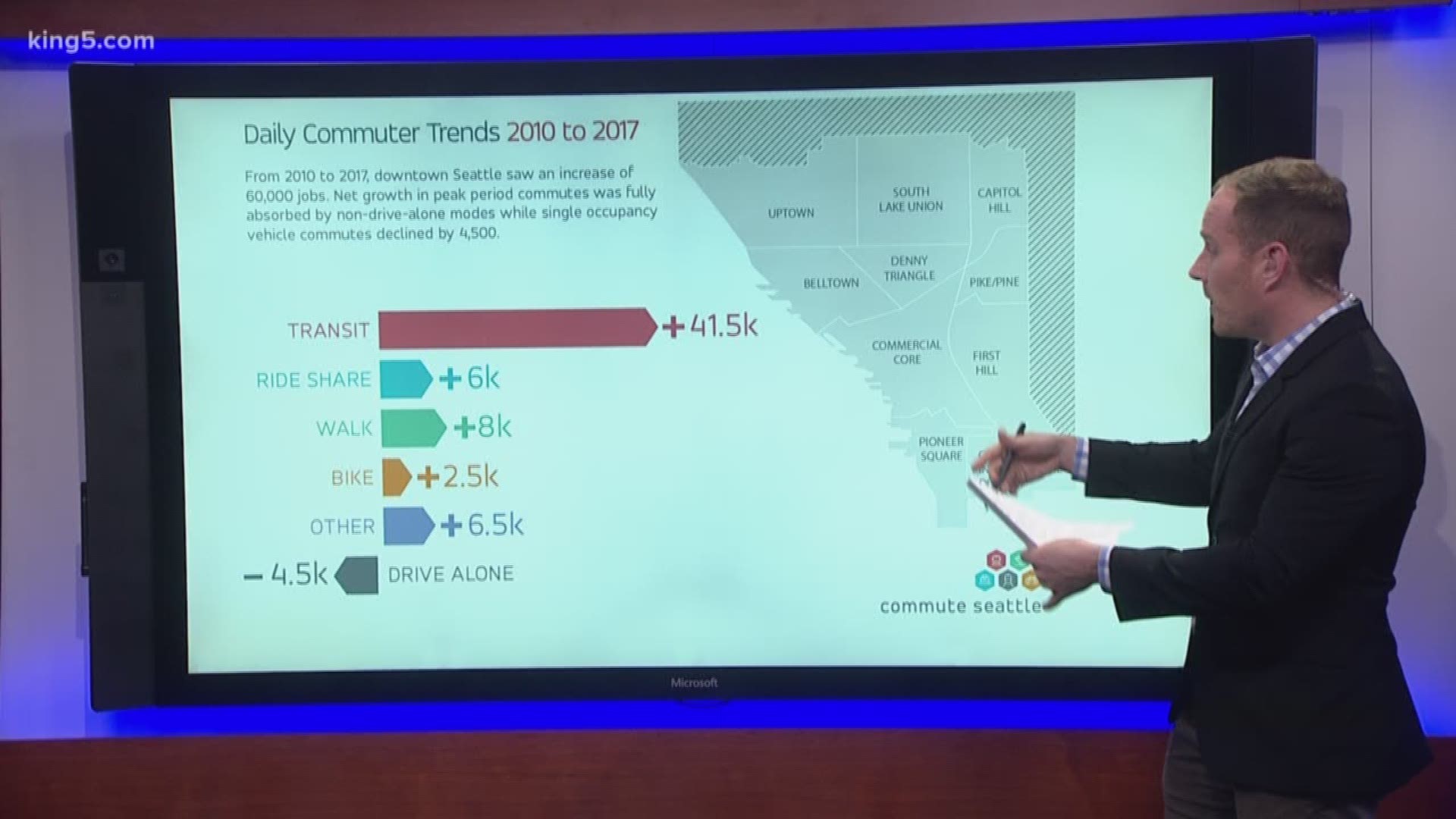 "As we built more transit, the demand has increased for us," said Mike Harbour, deputy chief executive officer at Sound Transit in Seattle. "Our biggest challenge over the next 20 years is beating that demand and having adequate capacity."

The Nashville chamber, which has endorsed the transit plan, paid for their travel.

Seattle is slightly larger than Nashville, with a population of more than 700,000, and has seen rapid growth with the presence of Microsoft and Amazon. The city opened its first light rail line in 2009, and residents have since approved a 116-mile regional light rail system, along with bus rapid transit and commuter rail.

Now, 64 percent of Seattle residents are within a 10-minute walk of frequent transit options, according to Jonathan Hopkins, who leads a government-funded nonprofit Commute Seattle that partners with Seattle, King County, Sound Transit and Downtown Seattle Association. Since 2009, annual bus ridership has increased by 8 percent to more than 121 million people and regional transit ridership more than doubled to 45 million.

Seattle's demand issue has manifested in the need for additional drivers and for faster execution of light rail cars, Hopkins said.

"Metro cannot hire enough bus drivers," he said. "They are having the largest growth in bus capacity they have ever seen in history."

Over the past decade, Seattle's transit ridership growth has significantly outpaced other big cities, including New York, Washington, D.C., and Chicago, according to a 2017 report from GeekWire, citing federal data. According to the Washington Post, transit ridership declined in 31 out of 35 U.S. cities in 2017.

The Seattle officials said significant investments in both the city's downtown core and the suburbs has helped distinguish its transit success, along with aligning transit goals with affordable housing strategies and incentivizing usage. Sixty percent of Metro riders have fees paid for by their employers, according to Hopkins.

"Everybody was thinking, 'Oh, nobody is going to ride this thing,'" Hopkins said, describing opposition to transit investments. "Our experience is, if they make it better, they do."

In downtown Seattle, the number of cars driving in each morning has dropped by 4,500 since 2010, while the number of jobs increased by 60,000, Hopkins said, crediting the light rail and bus system. Nearly half of downtown commuters said they used transit to get to work in 2017.

Still, downtown streets are not free from gridlock because of factors that include the increase of Uber and Lyft usage, delivery drop-offs, construction and tourism, Hopkins said.

The Seattle officials said the transit system does not cure traffic, but it provides a detour around it for many individuals, which also helps alleviate road congestion for those who choose to drive. Without it, congestion would be far worse, Hopkins said.

"Traffic will become worse," he said. "Having these tools will make it less worse ... It means less people making choices that add their cars to the roadways in the future."

NoTax4Tracks spokesman Jeff Eller said there have been elements of the Seattle transportation system that have not been a "wild success," including the streetcar that was halted last week because of cost overruns and a road tunnel that exceeded costs. Nashville's density does not support light rail, he said.

"You cannot do an apples to apples to what is happening in Seattle," Eller said. "They are two entirely different cities in geographic make up and culture makeup. While we think and were glad Seattle's ridership is up, we find it incredibly difficult to say that if this $9 billion light rail plan passes that you'll see a similar success here."

Hopkins said the streetcar and the road tunnel are not part of the light rail system.

While Seattle's light rail system is already in place and nearly a decade old, Harbour said the investment would still make sense today.

"The thing we hear most often is, 'Why didn’t we do this in 1970?'" Harbour said. "'Where would be today if we had done that?' Light rail in Seattle is only nine years old. It is relatively young. But in those nine years, the way people view transit and light rail, in particular, has changed dramatically."

How downtown Seattle workers commuted in 2017: