While putting on a spectacular show, organizers of the light show aim to raise money for Fred Hutchinson Cancer Research. 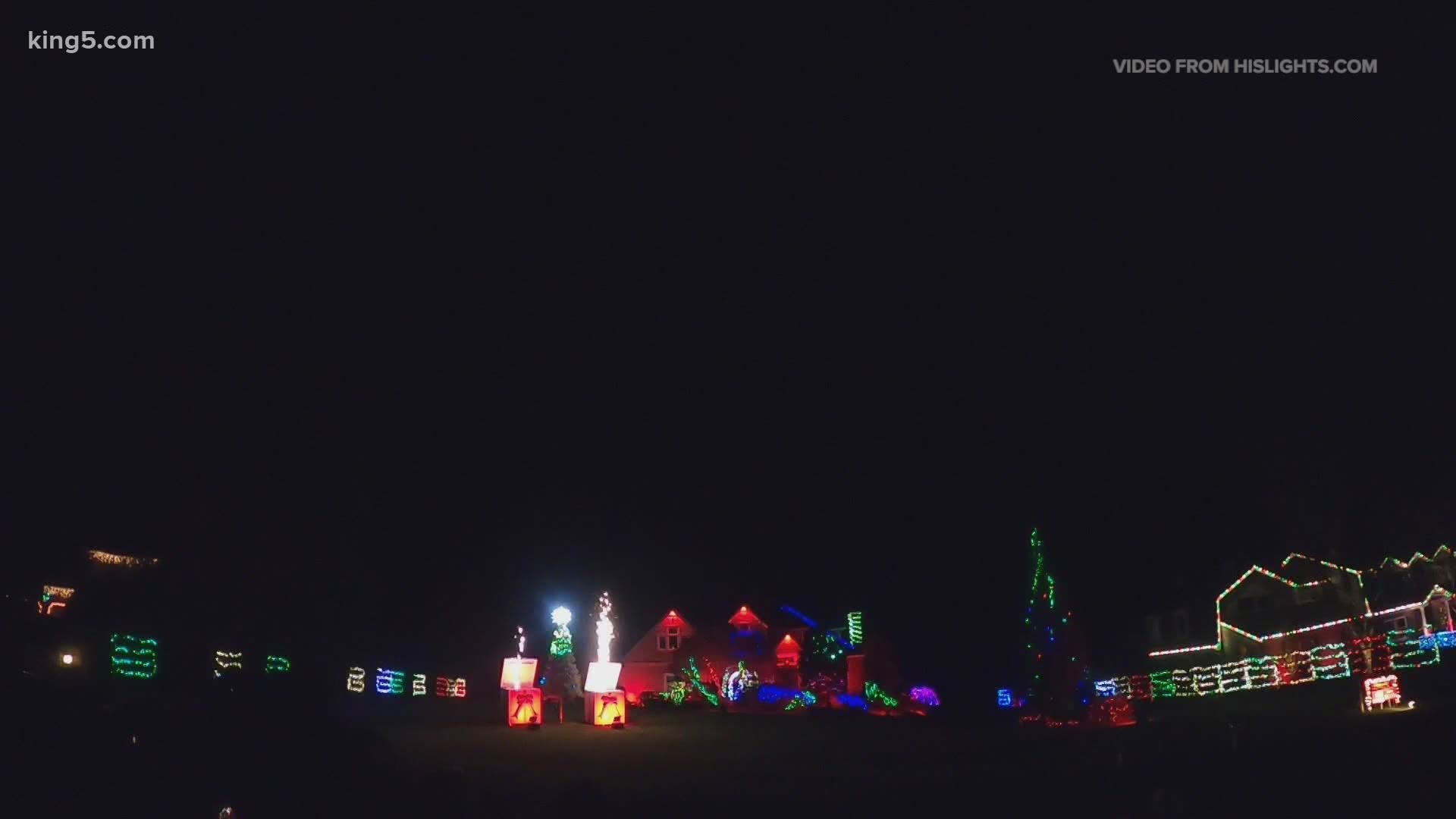 REDMOND, Wash. — Every neighborhood has one house that outshines the rest when it comes to holiday lights. It’s not exactly a fair fight in Redmond where some holiday light veterans have teamed to make a big spectacle for a great cause.

Josh Adams and Bruce Haldors have been teaming up for impressive light displays for the past several years. They knew that 2020 was a prime opportunity to bring joy and holiday magic to more people now that most holiday celebrations have been canceled.

They strung together more than two and a half miles of cables and more than 70,000 lights to sync with impressive music and a special effects show that anyone can watch from their cars.

Syncing the music with lights and other effects takes a staggering amount of time.  Adams said coding the lights to match a song takes around 12 hours. Their playlist is currently featuring around 20 songs.

A transmitter sends the audio to 91.1 FM and an audio message welcomes viewers and informs them about the cause they’re supporting this year.

“We set up a website, it’s HisLights.com and on the page, you’ll see a donate button and we have Tess’s story you can watch,” said Haldors.

A former classmate of his daughter's is battling cancer.

Signage at the end of the driveway encourages spectators to consider making a donation to Fred Hutchinson Cancer Research in honor of Tess. Tess shared a video message saying that it all started on her graduation day.

“All of my friends were celebrating and I was getting my biopsy and diagnosed with Hodgkins Lymphoma,” she said.

She talks about her radiation and chemotherapy and mentions that Fred Hutch gives her the support and confidence she needs to beat cancer.  While she fights, her friends at HisLights.com put on a show to celebrate the season and raise awareness for critical cancer research.

Thanks to an anonymous donor offering a dollar-for-dollar match, the lights have raised nearly $40,000 in one week.