Immigrants losing their temporary protected status have a September 2019 deadline. A free legal workshop to help navigate the process was held in Seattle over the weekend. 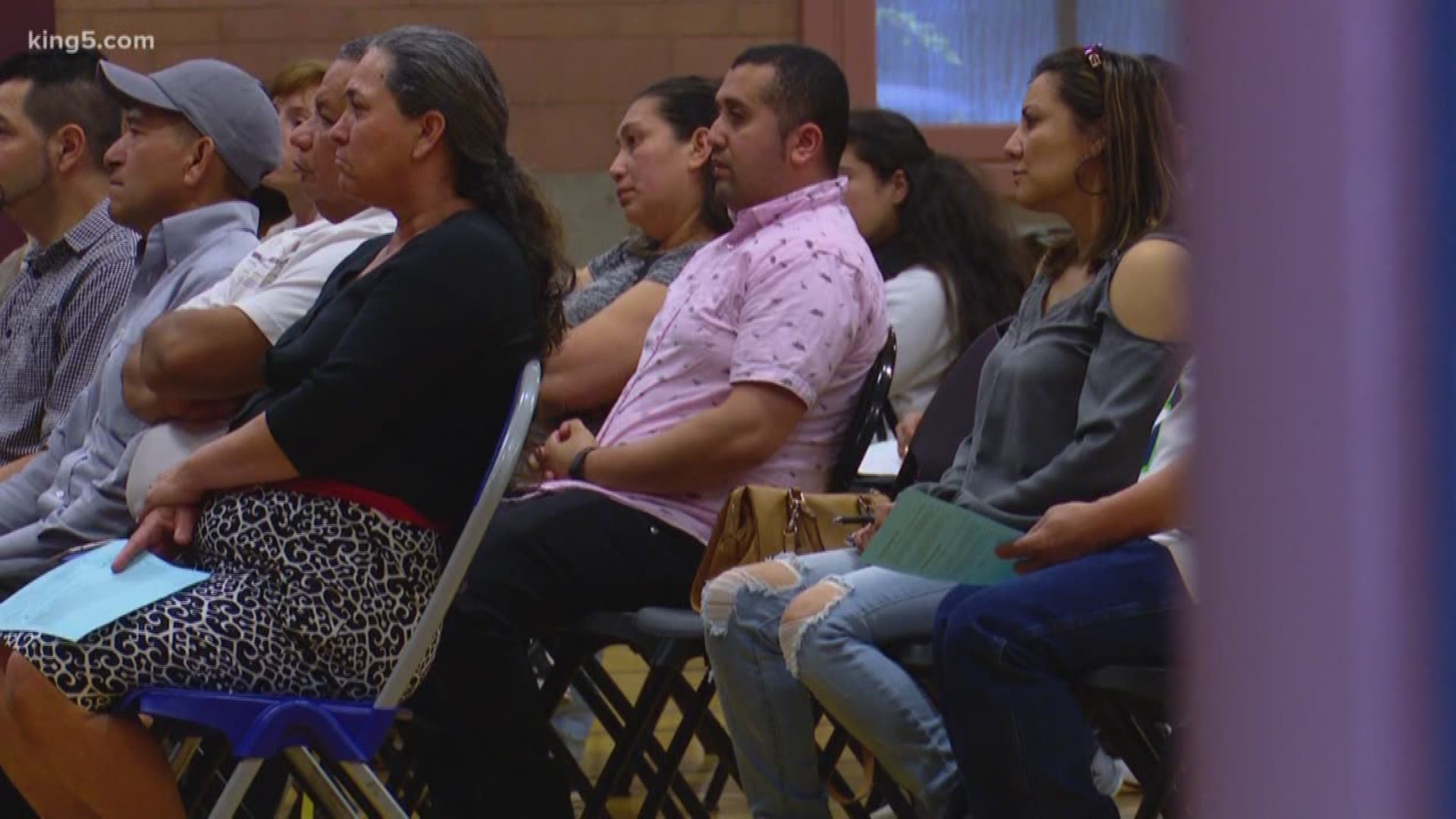 Some immigrants whose protected status is ending soon got free legal help Saturday.

The Center for American Progress said there are 2,900 people in Washington state who are Temporary Protected Status (TPS) holders from El Salvador, Honduras, and Haiti.

In the past year, the Trump administration announced TPS holders from those countries must leave the U.S. TPS is generally used to aid survivors of natural disasters.

Immigrants from those countries came to the Rainier Community Center in South Seattle for legal presentations, help from El Salvador and Honduras consulates, and one-on-one help from an immigration lawyer.

Marlene Tobar said she’s been in the Seattle-area 18 years. She’s been allowed to stay under TPS because of a pair of devastating earthquakes in El Salvador in 2001. She has two teenage daughters, both of whom are U.S. citizens. Tobar said she fears gang violence and political problems in El Salvador.

“It’s hard to say to people not to have fear, because they all have fear,” she said in Spanish. “But there is help.”

Tobar and other Salvadorians have a September 2019 deadline.

Jorge Baron of the Northwest Immigrant Rights Project said many people like Tobar now have ties to their communities.

“These are folks who have been granted that protection and are now being told ‘tough luck’, even (with) the situation in places like El Salvador or Honduras… we’re going to force you to return there,” he said.
Baron said people in TPS turmoil need to act with urgency because the process can take more than a year.