Governor Jay Inslee held a summit to talk with local groups about their concerns regarding President Trump's immigration policies. 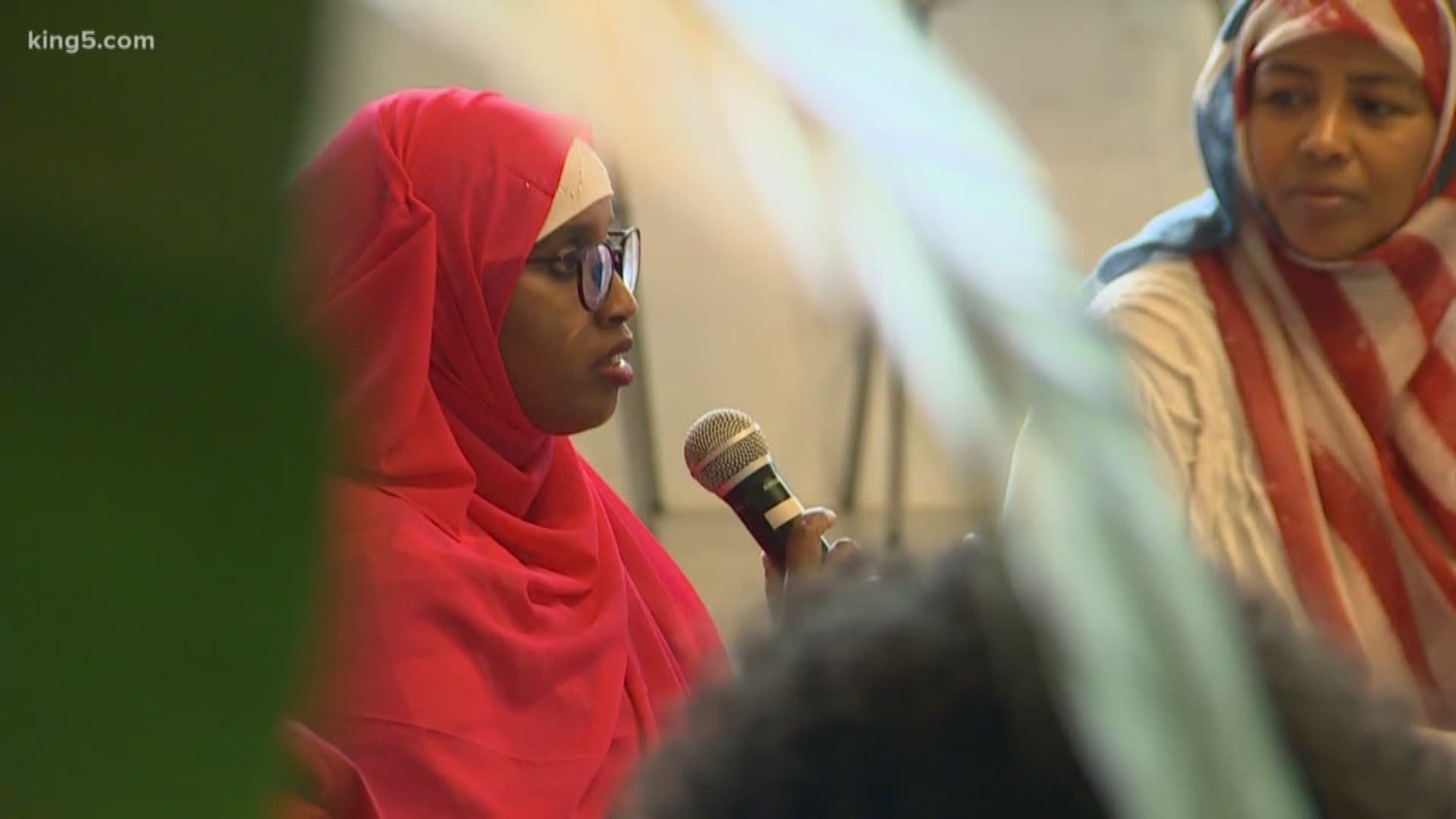 Governor Jay Inslee spent part of his Fourth of July reaching out to local immigrant communities. A summit hosted at the Riveter in Seattle’s Capitol Hill neighborhood gave him a chance to talk with local groups about their concerns regarding President Trump's immigration policies and how they have impacted families.

The event was organized by the same coalition that gathered people outside the detention center in SeaTac the previous week. The gathering was intimate, allowing people to sit down and talk directly to Governor Inslee.

“We're not just here to celebrate our stories, we're sharing our trauma,” one woman told the governor. “We want people to listen.”

The stories were personal, emotional and sometimes even raw. Immigrant Kiki Midore said a domestic violence situation led to her separation from her children, at one point. The current crisis triggers heartbreaking memories “when I see this, it takes me back and it's overwhelming.”

The governor tried to offer the families hope and said he believes those who make it to the border deserve a hearing.

“The constitution and the laws of the United States allow people to request asylum, it is not unlawful, it's a protected right, it's the right thing to do,” Gov. Inslee told the group.

Inslee encouraged everyone in the group to vote and support voter education activities. He said he will use his power to support immigrant communities, including Dreamers.

“We had an informal request to send our helicopters there and we declined we don't believe it's the right thing those helicopters need to protect Washingtonians from fires and this cruelty should not stand on the border," Inslee said.