Metro bus driver Eric Stark is being recognized for his heroic actions in steering passengers to safety after being shot in North Seattle Wednesday. Two people died before the suspect was detained. 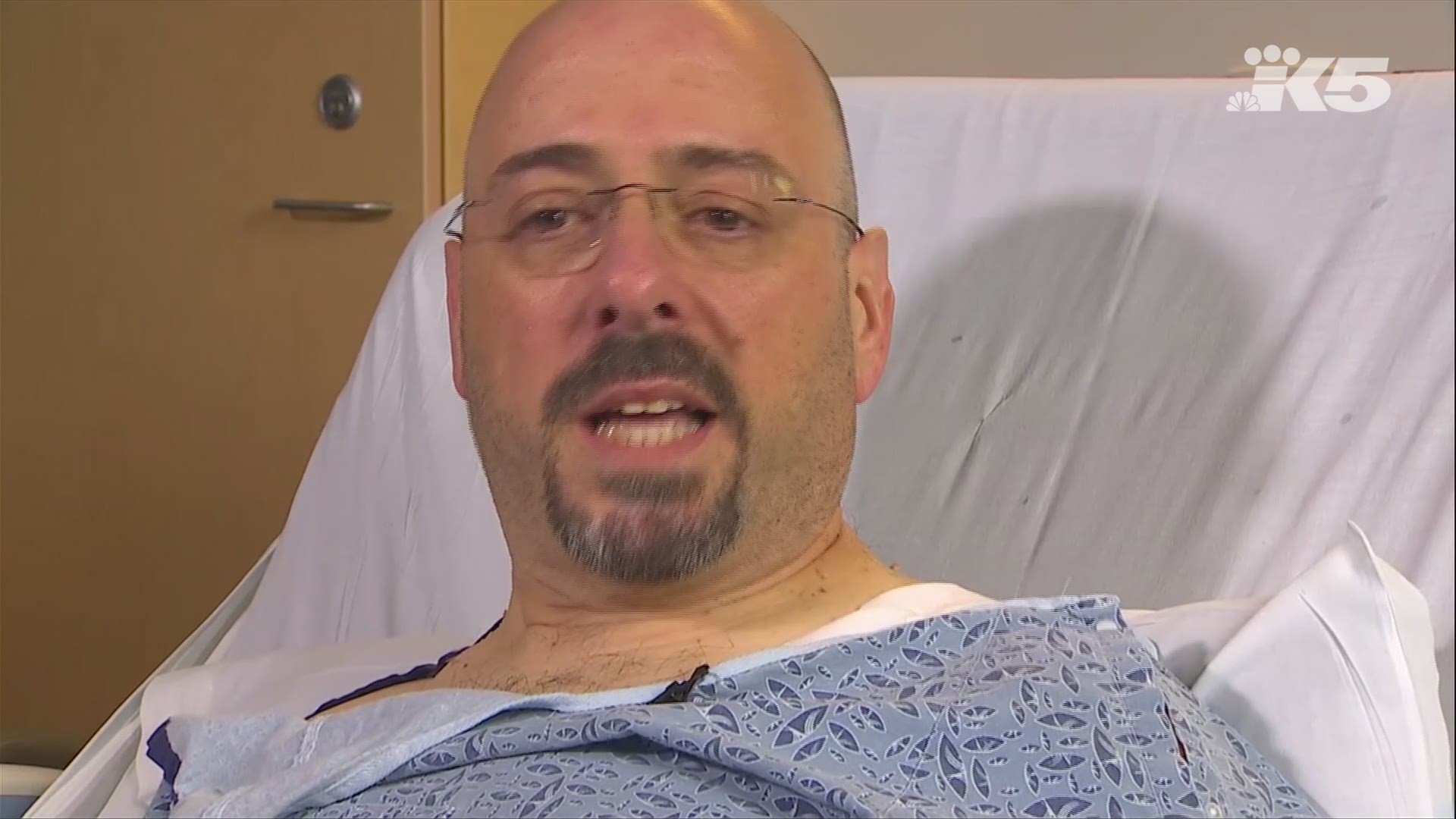 A Metro bus driver who was shot in North Seattle on Wednesday afternoon spoke about the incident on Friday, saying, "I feel pretty good actually. I mean I'm a little tired and a little sore, but I feel fine, honestly."

53-year-old Eric Stark, was driving Metro Route 75 when a man started shooting into the bus. Stark was hit in the chest, but managed to turn the bus around on Sand Point Way and drive away from the gunman.

"It was surreal. I think I said out loud, ‘I think I was shot.’ It didn’t hurt as bad as I thought getting shot would hurt," Stark said while laughing from his hospital bed.

"It felt like someone hit me in the side with a baseball bat. It wasn’t like excruciatingly painful," Stark said.

Stark said he saw the gunman get into a shooting stance and aim at the windshield. He saw the glass break from the bullet and took cover behind the fare box. With all the metal and change, Stark said he thought that was his best chance to stop a bullet if the suspect kept firing.

"I did a two second assessment and I was like, okay I can breathe. I can move. I can see. That's good enough. We're getting out of here," Stark said. "I just figured I was physically able to get us out of there, so that's what I focused on. I'll worry about me later."

He hit the emergency alert button on the floor.

While trying to maneuver the bus with his left hand, he held his right hand against his chest where the bullet hit him.

"I just wanted to get myself and my passengers as far away from this guy as possible," Stark said.

He turned the bus onto 123rd street.

"It's a narrow street and I didn't clear the first car. I had to put it in reverse again. This was the only time from beginning to end that I felt panicky. I could not get the coach to go into reverse," Stark said. After four tries, he got the bus to back up.

He drove away to the safety of another bus zone.

"I asked one of my passengers to let me out of the seat belt because I didn't want to take pressure off where I got shot."

When medics arrived, Stark was able to walk for help before being taken to Harborview Medical Center. He did require surgery.

While speaking from his hospital bed, Stark's emotions swung back and forth, from laughter to tears. He said God was watching out for his passengers and him.

The suspected shooter, Tad Michael Norman, has been charged with murder and attempted murder for allegedly killing a man he tried to carjack, then crashing into another car and killing the driver.

A 56-year-old women is also recuperating in the hospital. Elementary school teacher Deborah Judge was shot. You can read her story here.