A charter bus carrying the Stanford track team caught fire on northbound I-5 in Seattle Friday. UW athletes stepped up to help their rivals. 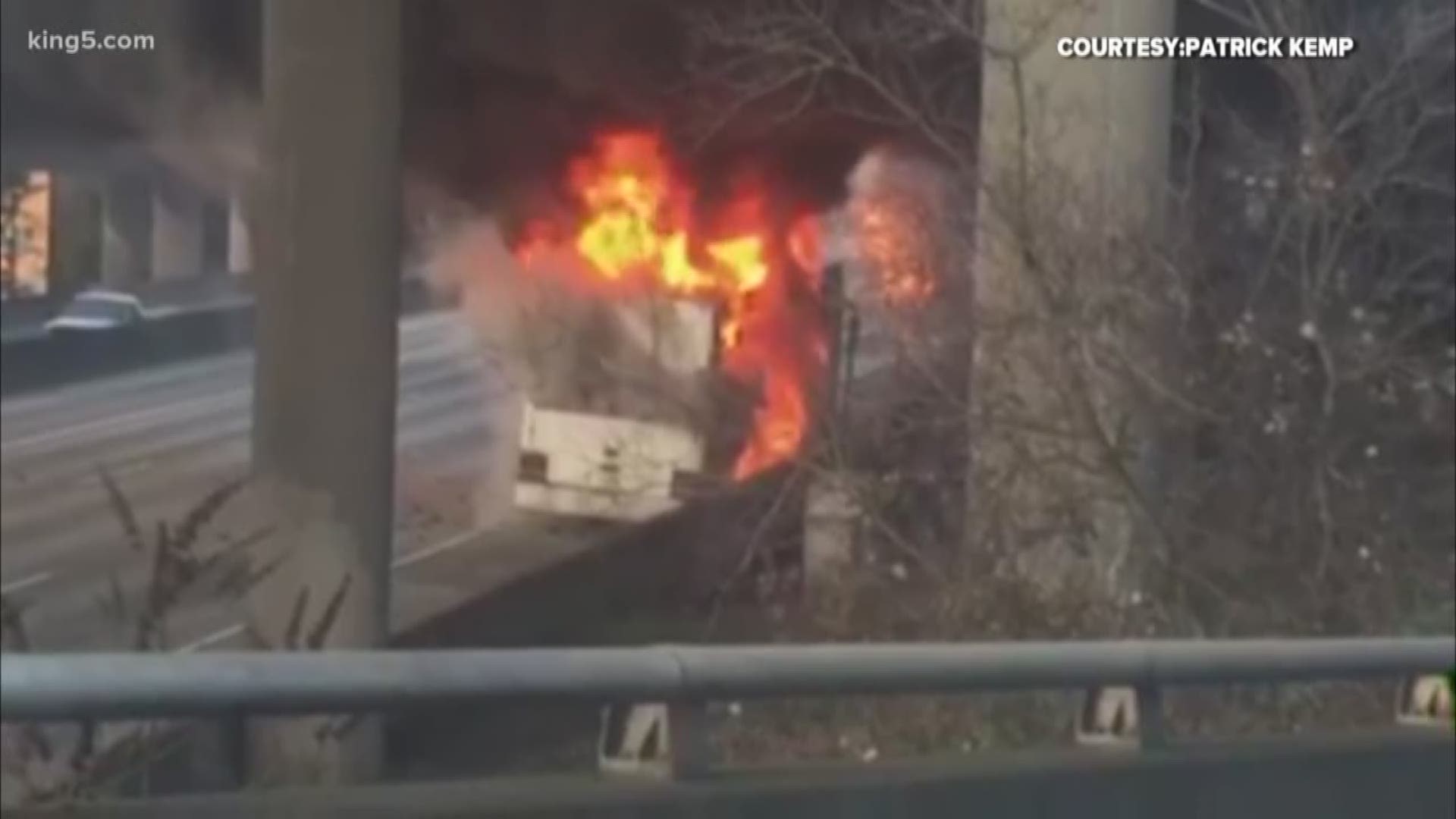 A charter bus carrying the Stanford University track team caught fire on I-5 in Seattle on Friday. The 31 students and coaches on board safely escaped after the bus burst into flames in the northbound lanes of I-5 at the West Seattle Bridge just after 2 p.m.

The Stanford track team had just flown into Seattle for an invitational track meet at the University of Washington.

Kaitlin Ryan was one of the passengers. "Someone from the back goes, 'I see flames,' and then everyone just stayed calm for like a couple minutes and we were like we should definitely leave right now,” Ryan explained.

"Everybody stayed calm and did a really good job getting off there, and then we hustled up the road, like I said, pretty quickly once we realized what was actually happening." 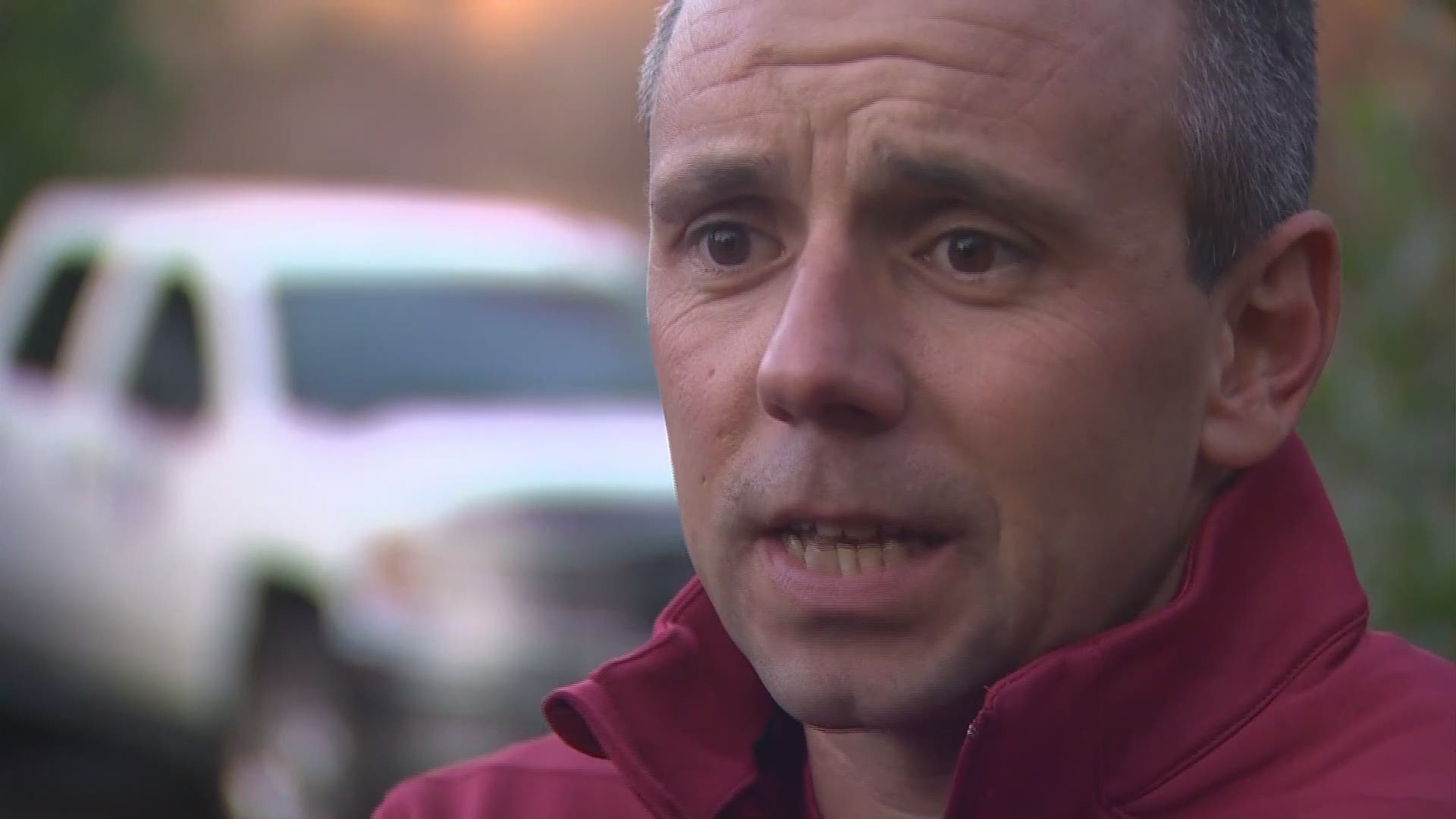 Seattle native Jordan Oakes was on board when the bus caught fire in her home town. She explained what happened after they evacuated.

"People started to run because then the flames got really big and we were afraid the bus was going to blow up," Oakes said.

The track team ran a safe distance away as flames engulfed the charter bus. Fire crews arrived on scene and extinguished the fire, as heavy smoke was seen for miles.

The students feared their bags would be destroyed. "The firefighters were like, 'It's gone, there’s no way, there’s black smoke everywhere,' Most people had their uniforms and computers in it,” Ryan said.

But aerials from SkyKING showed the student-athletes cheering as a WSDOT crew unloaded luggage spared from the flames.

"They miraculously appeared with our bags, which certainly seemed like a foregone conclusion that they were gone," Coach Miltenberg said. "It was the least of our worries, but to have the firemen bring those over -- I don't know how that's possible." 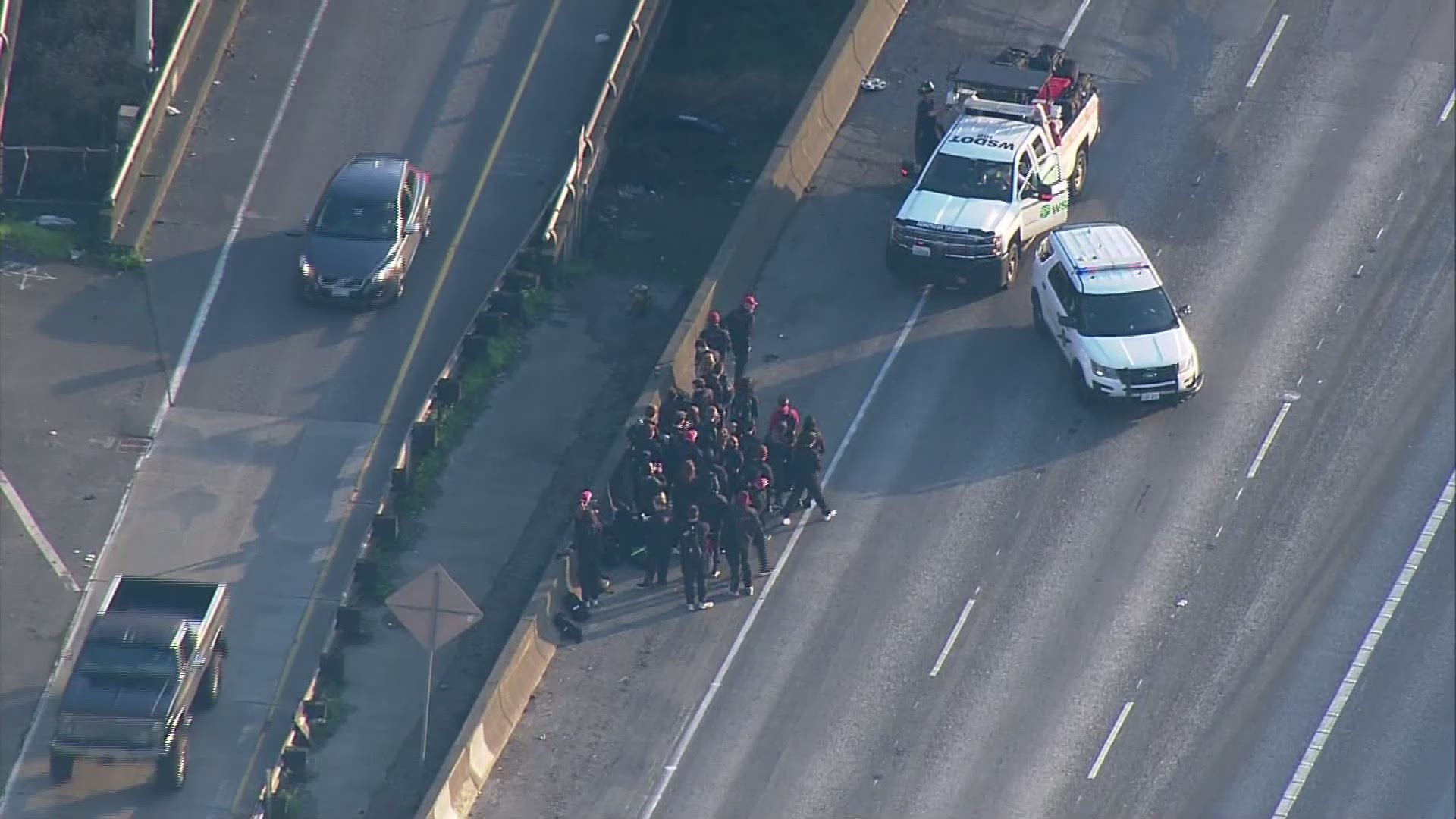 Seattle Fire Command called a Metro bus for the students as crews worked to clear the burned bus from I-5. The students boarded the bus with their luggage about an hour later and arrived at UW just before 4 p.m.

That's where Stanford learned that even their rivals had their backs.

“The University of Washington track team, each member of their team brought a bag of extra clothes for us, just in case,” Oakes explained. “It’s great we can be competitors on the track, and off we can be friends and support each other.”

Lane closures from the bus fire clogged the Friday night commute across Puget Sound. Transportation and fire officials delivered a press conference to discuss their response. They could not confirm what started the blaze, but one student said it sounded like a tire popped before the smoke and fire started.

Earlier this afternoon, a charter bus transporting members of the Stanford track and field team on northbound I-5 in downtown Seattle experienced a flat tire and caught fire. All members of the travel party, which included head coach Chris Miltenberg and approximately 30 student-athletes, evacuated the bus safely. Most personal belongings and equipment were recovered, but the condition of those items was not immediately known. After a two-hour wait, the team was transported safely to the University of Washington campus by a city bus. The team will continue to compete as scheduled. We are continuing to gather more details about the incident.