I-90 near Cle Elum open after wildfire closure

The Lower Cle Elum River Fire was sparked by a truck that caught fire and quickly spread to 8 acres. 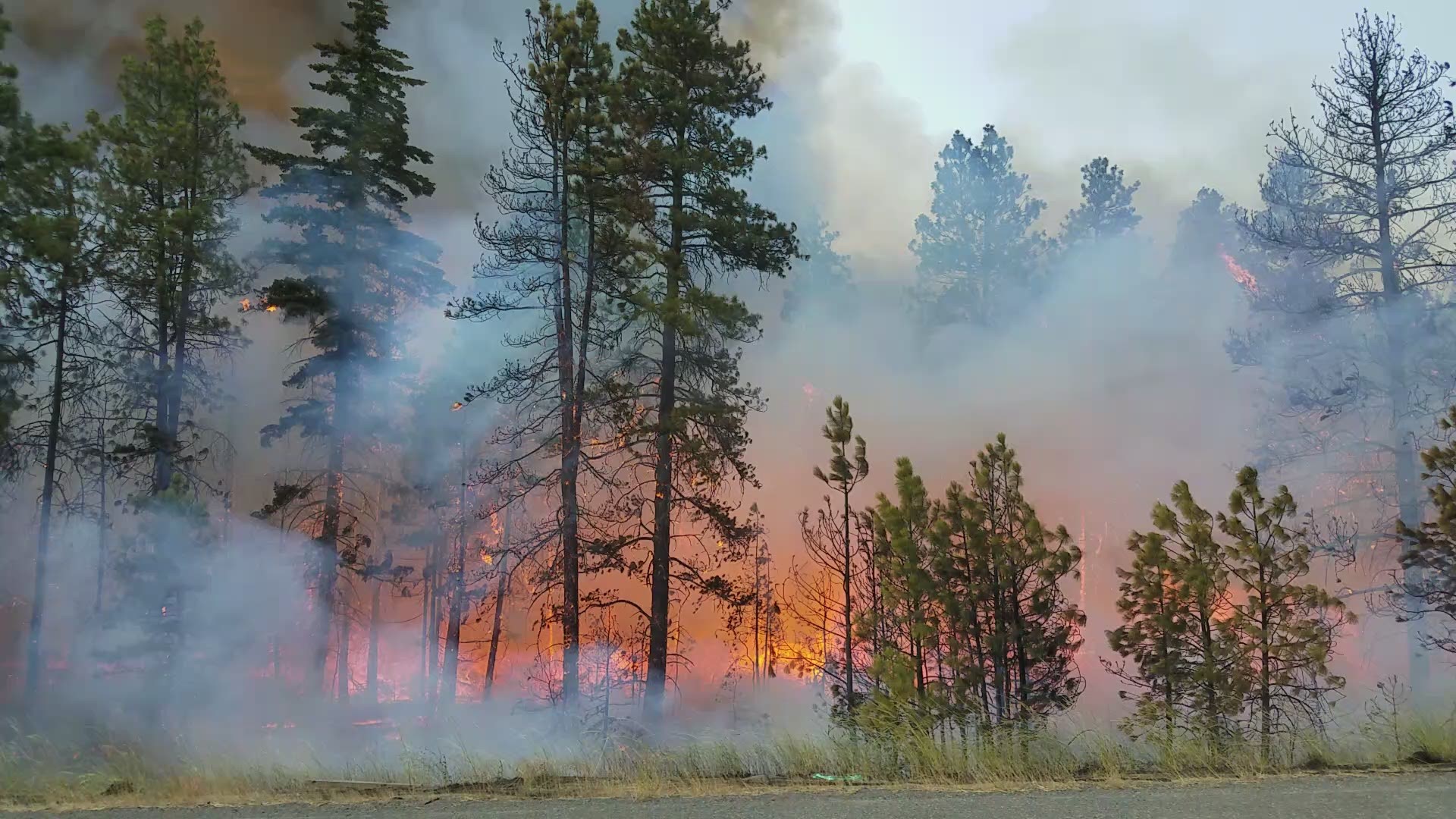 I-90 is back open near Cle Elum after a quick-moving brush fire Sunday night.

A truck that caught fire sparked a wildfire along I-90 west of Cle Elum. The fire started shortly after 6 p.m. Sunday and quickly spread to eight acres.

The Washington Department of Natural Resources (DNR) reports the fire was mostly contained as of 8:30 p.m. Crews stayed on the scene overnight to monitor hot spots. Thirteen fire engines and a hand crew worked to clean up the fire Monday morning, the DNR said in a tweet.

The wildfire closed at least one westbound lane of I-90, causing slowdowns and delays Sunday night and Monday morning. All westbound lanes opened to traffic around 11 a.m. Monday.

DNR fought the fire from the ground and air, noting the Lower Cle Elum River Fire is one of 14 across Washington state that required an airdrop of water.

Short video of airdrop over #LowerCleElumRiverFire. Hope it plays for you. - Tpr Bryant pic.twitter.com/vnLDuGtzVm

Fire that started on I-90 at MP 81 now called the #LowerCleElumRiverFire. This #WaWILDFIRE is estimated at 8 acres, with DNR, local fire district ground crews working to control. Photos of aircraft assisting firefighters and a burned out area. - Tpr Bryant pic.twitter.com/nqbLDsVX0D