UW and Ohio State fans set aside their differences Monday to volunteer in the Los Angeles area. 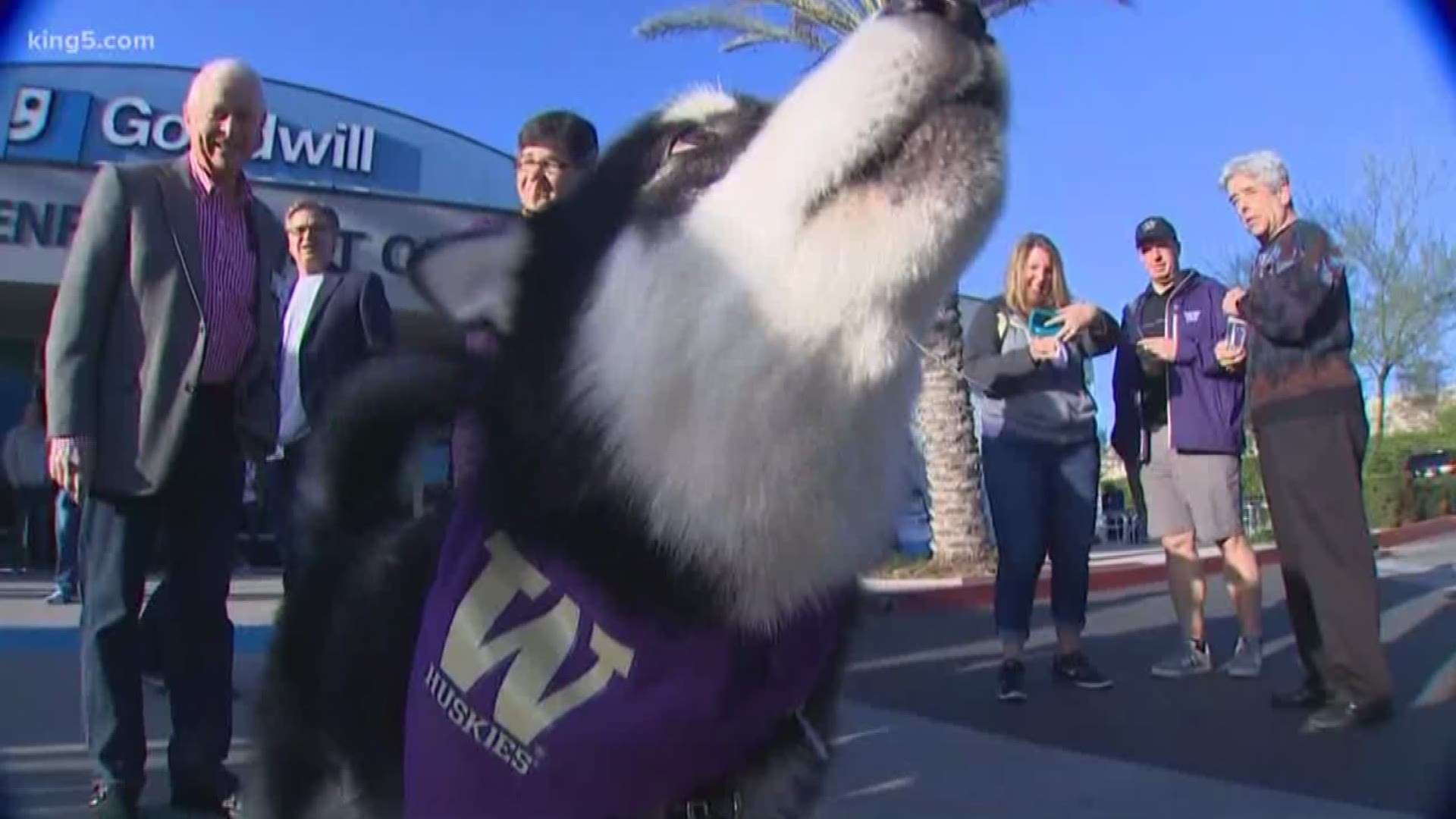 On New Years Eve, the Huskies and the Buckeyes put aside their differences to give back. Both teams are in the Los Angeles area for the Rose Bowl, which kicks off New Years Day.

Fans of both teams gathered at a Goodwill in Los Angeles for a morning of service – an Ohio State tradition when they travel for bowl games.

“It’s important that we give back to the community in which we find ourselves,” said Ohio State University vice chancellor of student life Dr. Javaune Adams-Gaston.

“I thought, sounds like a great idea!” said Cynthia Bassham, a University of Washington alum who now lives in California.

“You notice – the good is far outweighing the bad, which is very reassuring,” she said, gesturing at the piles of clothes.

“It’s nice to be here with everybody and the different group,” she said.

Nearby, UW board member Ben Franz-Knight was chatting with some OSU fans as he worked.

“I think it’s incredibly important to give back to the communities where we’re going to have a great time, and to make an impact and tell people that we actually care,” he said.

“I’m so glad I’m a part of this,” said Bassham. “Makes it so much more meaningful that just watching the game. Really glad to be here.”