Dallas could offer Seattle a glimpse of what's to become of the soon-to-be defunct Ofo bikes. 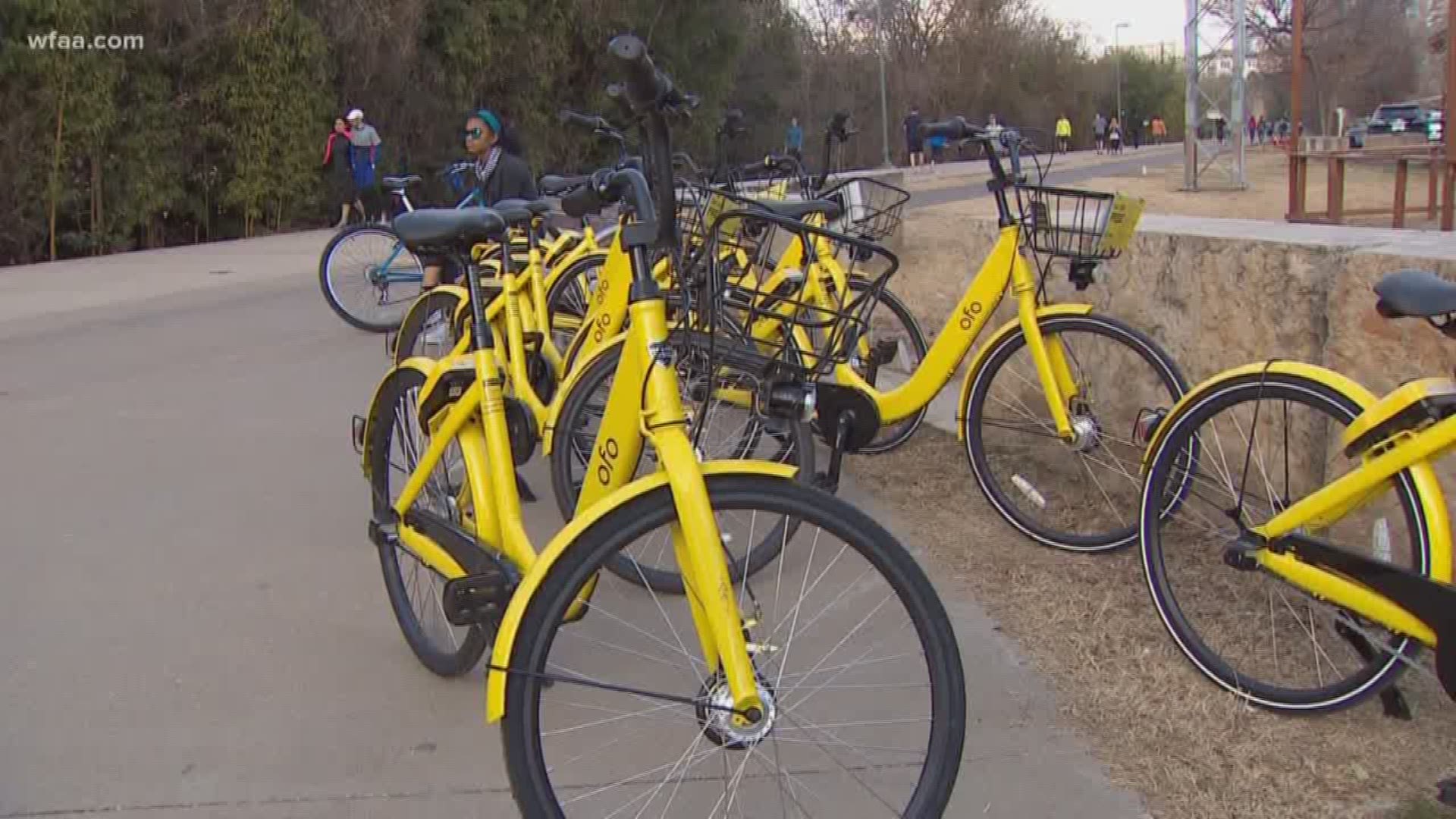 As bike-sharing company Ofo wraps up operations in Seattle, we turned to Dallas for clues on what could happen to the company’s bikes, which are spread throughout Seattle.

Ofo announced in July it would shut down its Seattle operations after the city adopted a $250,000 annual fee for bikeshare operators. It was also one of several companies to recently leave Dallas.

Six months ago Dallas had over 20,000 bikes spread throughout the city. Now only a fraction of that amount remains on Dallas streets as electric scooters have become a more popular mode of "last mile" transportation.

Dallas is down to just 3,500 bikes, according to the city. Chinese companies Ofo and Mobike pulled out of town within the last few weeks and San Francisco-based Spin did the same earlier this week.

So where do all those bikes end up? Ofo has picked up bikes from around the city and sent them to recycling facility just south of downtown.

“As we wind down select markets, we remain committed to environmental sustainability and will continue to donate Ofo bikes in good working condition to local communities and recycle all bikes when they're beyond repair or no longer able to use," the company said in a statement.

A Facebook post that picked up more than 200 shares over the weekend commented on the apparent waste of scrapping so many bikes.

KING 5 wanted to know what was happening to Ofo's Seattle bikes. On a trip to Seattle Iron and Metals Corp scrap yard, KING 5 saw several bright yellow bikes being moved around by a crane Wednesday morning. The scrap yard said they recycle Ofo bikes occasionally.

Ofo told WFAA it is donating its Dallas bikes in good condition to City Square in Dallas and Bikes for Tykes in Tarrant County. In Seattle, the bikeshare company said it has started collecting bikes and is still determining where the bikes will be donated.

Ofo did not inform the city of Dallas of its decision to leave or how it would remove the bikes.

"I'm glad Ofo kept their promise to remove the bikes and not leave it to the city to clean up," he said.