Human composting: How Washington is writing the guidebook to a green burial

Washington legalized the practice of human composting in 2019. Here's how it works and how much it costs. 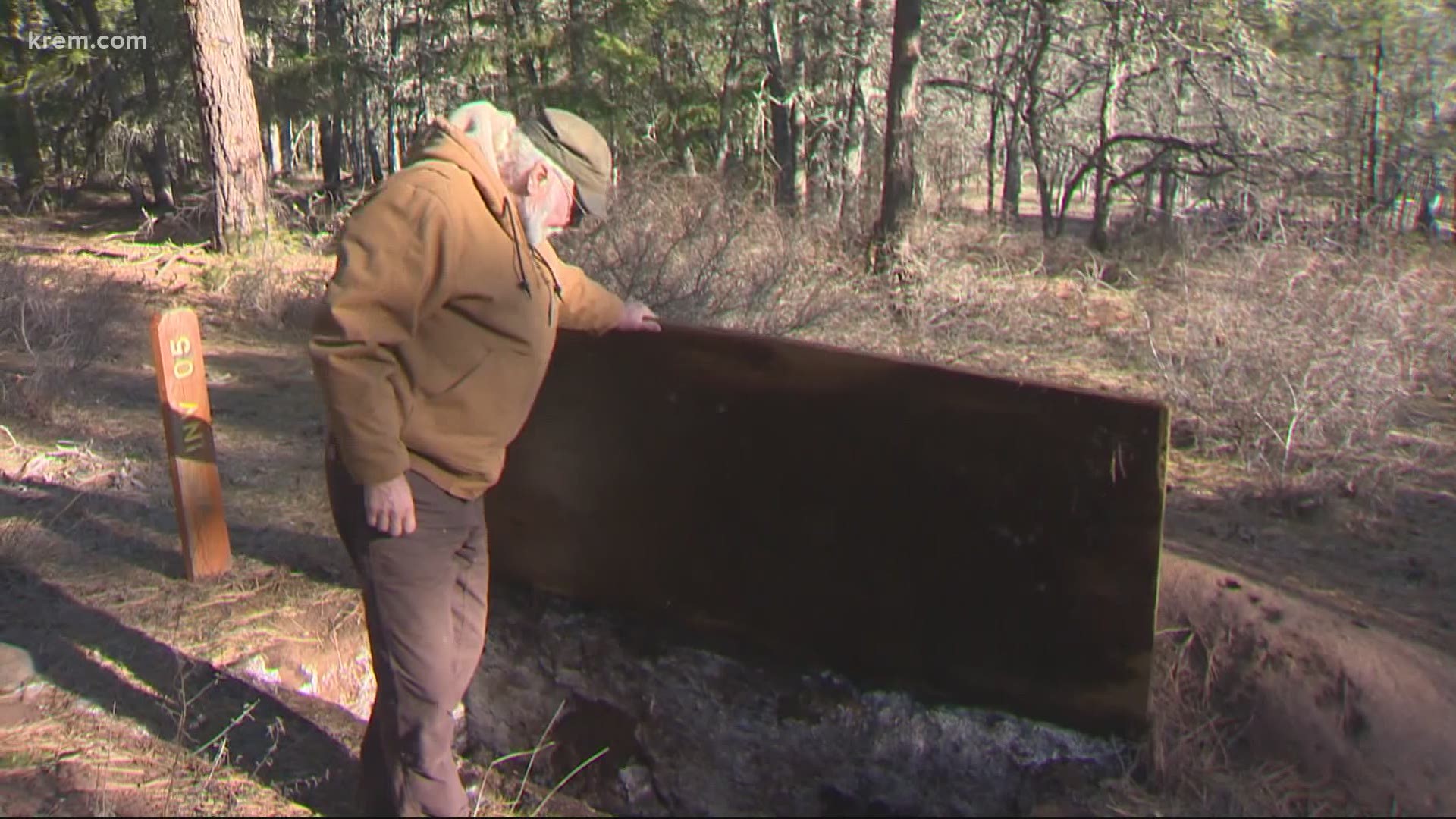 SPOKANE, Wash. — Warning: This story contains details of a body's decomposition that some may find difficult to read.

Death is a path we all must take. It is a momentous occasion when natural life separates into the great unknown.

Some want their natural remains to become part of the ground they once walked. Now, it is a reality and an option in Washington state for those seeking to become a gift to mother earth.

Natural Organic Reduction (NOR), or human composting, is new to funerary. Essentially, it's the breaking down of human remains into soil to be reused.

It became legal in Washington state in 2019.  As of March 2020, there were three licensed operators in the Evergreen State.

“That’s what’s really cool, it’s been only the last five years since we’ve seen anything new in this profession,” said Rob Goff, executive director of the Washington State Funeral Directors Association.  “We get calls all over the country, actually all over the world, to see what is happening right here in Washington.”

NOR is a green alternative to traditional burial and cremation because it lacks the traditional carbon materials.

Washington is currently the only state in the U.S. to offer the service and the idea was born in Eastern Washington.

It started as an idea by provider Recompose in 2017 and eventually tested at Washington State University in Pullman where their compost facility already converted animal carcasses into compost.

“WSU worked out a way to try it and it worked, they did it. From there is just kind of grew exponentially and its really taken off,” Goff said.

NOR works by placing the remains inside a cradle or vessel, which looks like a large cylinder. Bacteria and wood chips may be introduced inside the cradle as well. It is kept at a high heat and naturally breaks down remains in the following weeks.

The result is soil that can then be used for land conservation, forests, and gardens, and more. Because the process is so new, there is no guidebook. The licensed operators in Washington each have their own twists to the process, which all yield similar results.

“We are in the first wave of organically reducing remains currently.  As I understand it, the state licensing department will be really watching those end results," Goff said. "They will be doing testing on the soil to make sure there truly is no identifiable DNA or anything like that."

All three providers are located in central and western Washington. Human composting is still an option for people in Eastern Washington or even North Idaho, but requires transportation.  Typically, a body is embalmed before crossing stateliness.

“Embalming is the antithesis to natural organic reduction so to bring someone to Washington you have to transport them without the embalming process," Goff said. "If they are going to go the natural organic reduction process, it is legal to be done that way, but it is a little bit more difficult especially if you are going long distances say from the east coast to Washington."

Herland Forest in Klickitat county is the closest provider to the Inland Northwest.

The NOR process is done entirely by hand there, a nod to the natural disposal of a body. Caretakers gently roll the cradle over the course of several weeks to continuously rotate the soil.

“People are going to be dead for a long time. There really isn't any hurry to get this done,” said Forest Steward Walt Patrick.  “We'd much rather take our time and get it done right.”

Patrick has a background in chemistry. Five years ago, he gained a license to dispose of bodies naturally underground. With this new law, he can now complete the process above ground.

“If you get oxygen to decomposing flesh, the bacteria will decompose into carbon dioxide, which is easily consumable by plants," Patrick said. "Without that, it will convert to methane, and methane is a 20-times worse greenhouse gas than carbon dioxide."

Goff said it is comparable to traditional burial or cremation.

But interest is steadily growing. Goff reported one facility already had roughly 400 people sign up for the process.

“They are living, they have said this is what they want to do, they’ve earmarked funds to do that,” said Goff.  “Do you homework first, it is always best to research it, and that’s the number one thing that I could say is go out and talk to people. Funeral directors love to talk to you.”