One family was trying to push for the mandate after losing a loved one to cervical cancer. 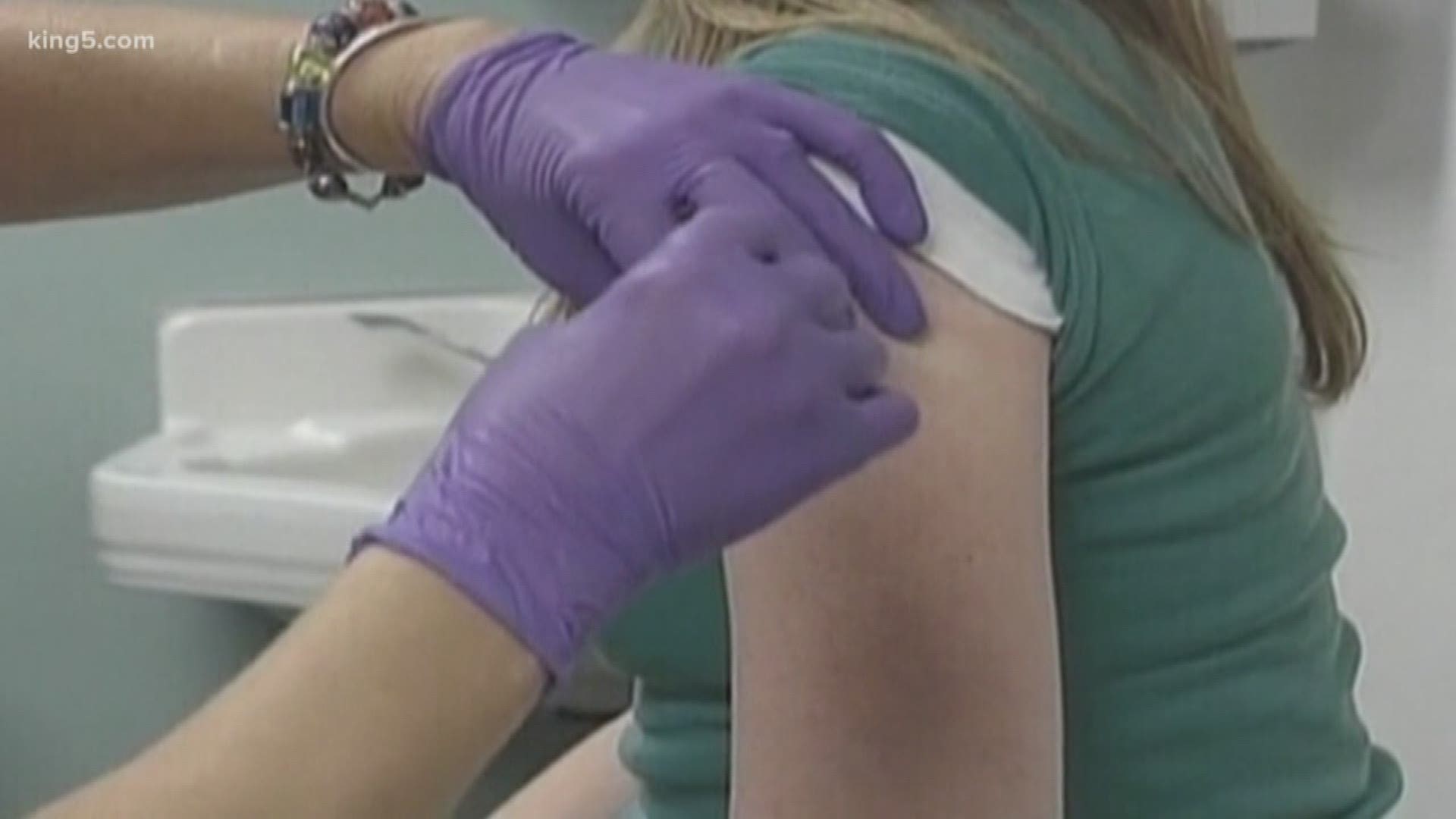 TUMWATER, Wash — The state’s Board of Health unanimously denied a request to add the vaccine for Human papillomavirus, or HPV, to the list of vaccines required for children to attend public schools.

The Centers for Disease Control recommends children get the HPV vaccine to prevent the virus, which can cause certain types of cancer.

"We believe at the Department of Health the vaccine is very effective and very safe," said State Health Officer Dr. Kathy Lofy. "I think we feel it would not be productive to accept this petition."

The discussion, and subsequent unanimous vote by the board, was a result of a petition filed by Caleb Huffman, whose mother Keomarie had died of cervical cancer in 2019.

Cervical cancer is one form of cancer the CDC has said the HPV vaccine can help prevent.

Caleb Huffman and his sister Kia attended the public discussion on their petition in Tumwater on Wednesday.

They think the vaccine could end up saving lives and preventing cancer if mandated.

Caleb Huffman filed an online petition to have the state study the possibility of making the vaccine mandatory.

“To see if this is a possible cure for cancer that we can eliminate in one generation so my children don’t have to worry about watching me die of cancer,” said Kia Huffman.

She was the only person to testify in favor of the proposal.

More than 60 people signed up to testify against the Huffman’s petition.

Others brought photographs of teens who, according to the skeptics, died after getting the HPV vaccine.

“It’s one thing for individuals to decide they want to be part of the big HPV experiment it’s quite another for state power to be used to coerce and compel parents to make this decision,” said Bernadette Pajer, who was in attendance in Olympia.

While Dr. Lofy said the state should do more to promote the vaccine, she said adding the vaccine to the state’s mandatory list was not a priority for the Department of Health.

RELATED: HPV cancers on the rise, but few are vaccinated