How one WA school district is already arming administrators

In Eastern Washington, there are a handful of small public school districts already armed. One, in particular, is under the microscope as administrators work to prove it can be done safely. 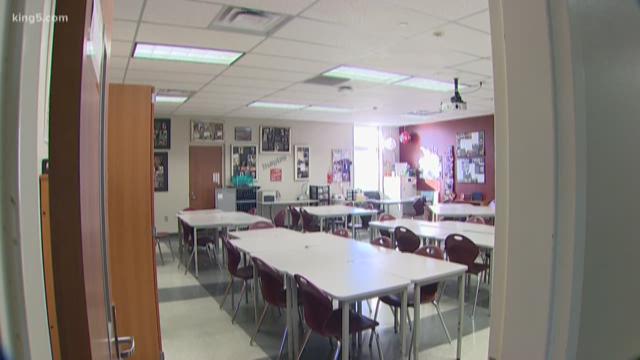 The Toppenish School District on the Yakima Reservation has been allowing educators to carry concealed firearms on campus since 2014.

The idea came during the Sandy Hook shooting. As Superintendent John Cerna watched the coverage on TV he asked, "How are we going to keep our kids safe?"

From there he floated the idea to other administrators of arming some personnel -- an idea the administrators thought was crazy. Then he went to the school board where he found a much more receptive audience. So he reached out to a former WSP trooper turned trainer.

His plan for Toppenish, and a handful of other districts since then, is a multi-faceted approach called gap training. In the event of an armed attacker at school, what should teachers do? Where should they go? What kind of training should they have? The idea is to buy time until police arrive and take over. Introducing firearms is only a small part of the plan but it's a controversial one in this country.

"I'm not a cop. That's not my job. That's not my training. But I'm also not ignorant. And the world has changed, which means education has to evolve with it," said Toppenish High School Principal Shawn Meyers.

He grew up in Toppenish, has two kids in the district, and knows many of the people in this small community.

"As an administrator, someone who's in charge of this building and 950 kids, I want to make sure we're doing everything we can to protect them," he said. 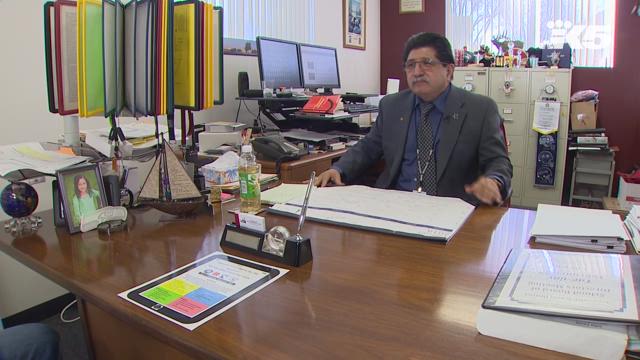 There are 19 administrators who've been certified to carry a gun on campus. The only one who does it publicly is Superintendent Cerna. The other 18 are anonymous, for security reasons. Ladines says they all are highly trained shots with extensive training.

"The importance of understanding how to engage a target while you're moving. And not only that, but understanding that your background behind the suspect could be a large group of kids," said Ladines.

Along with the initial range training, several hours are spent in the classroom learning the law, when to engage, and what might happen if you do.

"What it's like to potentially have to pull the trigger on anyone coming into the school. Potentially even a student that they may know," he said.

So far, Toppenish hasn't armed any teachers and there aren't any plans to do so, but Superintendent Cerna says a lot of teachers have shown interest in participating. For now, he's happy with how his system is working and thinks his district is among the safest in the state, if not the country.

"We're under a microscope," he said. "If something happens in Toppenish, something bad, it's going to reflect on every other school district in the country."

How that reflects could depend on how Toppenish administrators deal with an active threat on campus if it ever comes to that. Cerna hopes to never have to find out.