'How is this still a thing': Washington lawmakers call for end to time changes

Why do we still switch our clocks twice a year? That's what Washington lawmakers are asking with a series of bills that would keep the state in daylight saving time year-round. 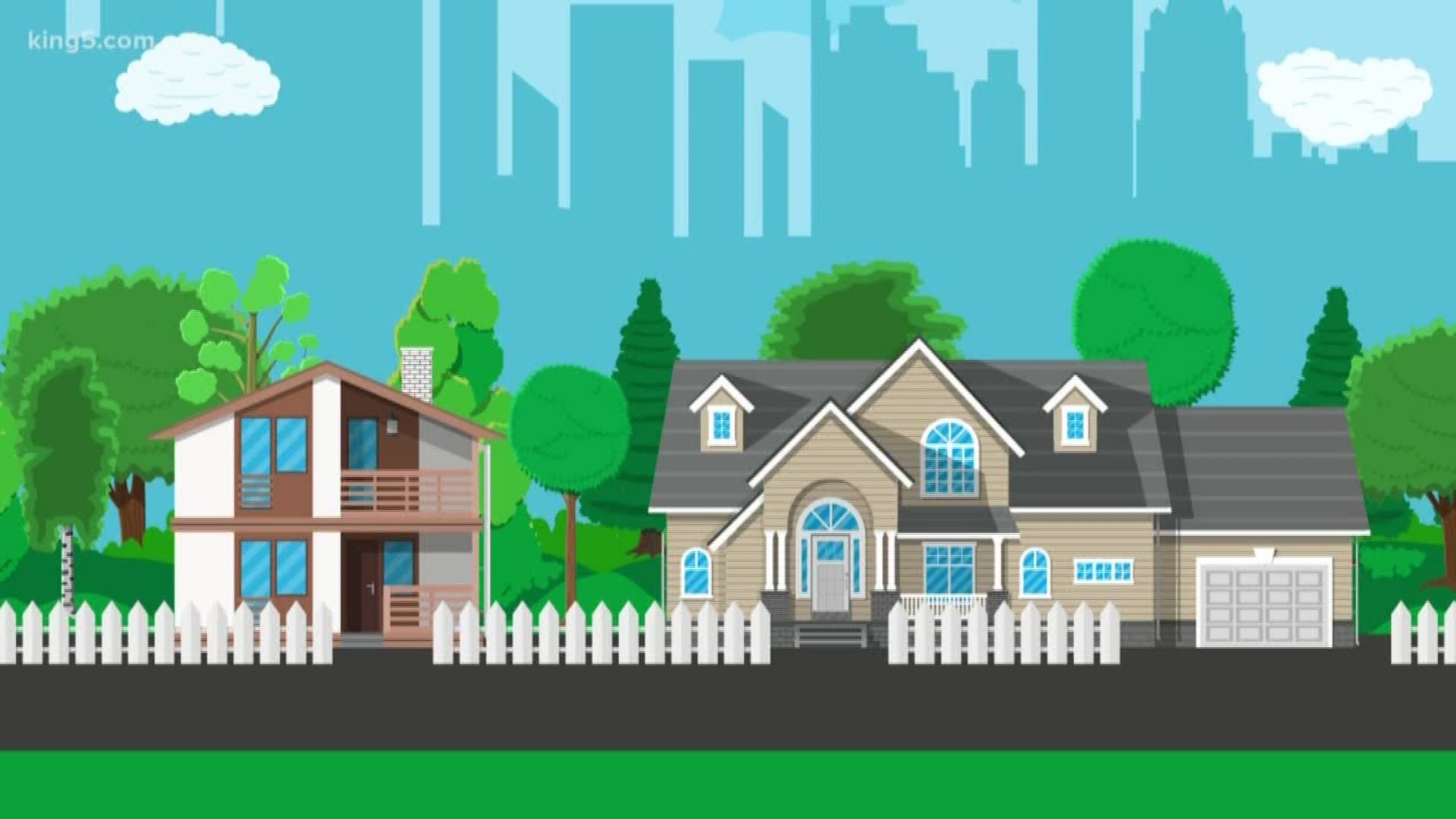 Honeyford (R-Sunnyside), primary sponsor of SB 5139, began his testimony Tuesday with a video from "Last Week Tonight with John Oliver" that aired back in 2015. The 3-minute satirical clip called attention to daylight saving time's common misconceptions.

Oliver's "How Is This Still A Thing?" segment pushes back against the idea that DST was adopted in the United States for the benefit of farmers. At one point the video's voice-over hammered the point home by saying, "cows don't care what time it is."

“The idea that [the time change] is for farmers is very inaccurate because farmers work in the daylight and it doesn’t matter what the clock says, it’s what the sun tells them," Honeyford said. "I found out that the farmers and the dairy cows do not like the time switches. In fact, some will go so far as to change the milking time ten minutes every day until they gain the hour or lose the hour.”

Steve Calandrillo, a law professor at the University of Washington, published a review article on the economic benefits to DST. He made the trip to Olympia Wednesday in support of a statewide change to DST.

Before committee members, Calandrillo fervently argued the benefits to extra daylight in the evening.

"The real reason that we want permanent daylight saving time is to save lives. Darkness kills, there is no question that darkness is deadly. And darkness is far more deadly in the early evening hours than in the early morning hours," he said.

Calandrillo went on to tell senators on the committee that research shows vehicle collisions are twice as likely in the evening hours. The crossover from twilight into the evening "increases the rate of accidents by about 200 percent," he said.

Public testimony was short. A handful of citizens spoke before the committee. M.C. Halvorsen, identified as a concerned citizen, spoke out against permanent time zones.

"I like it the way it is. You get the best of both. You don't have a problem with the accidents in those four months and you have the later evening where you can do more in the night," said Halvorsen, the sole opposition voice Wednesday.

Halvorsen's primary concern was the danger presented to children traveling to school in the morning in the dark. On the shortest day of the year, the sun wouldn't rise until 8:54 a.m. 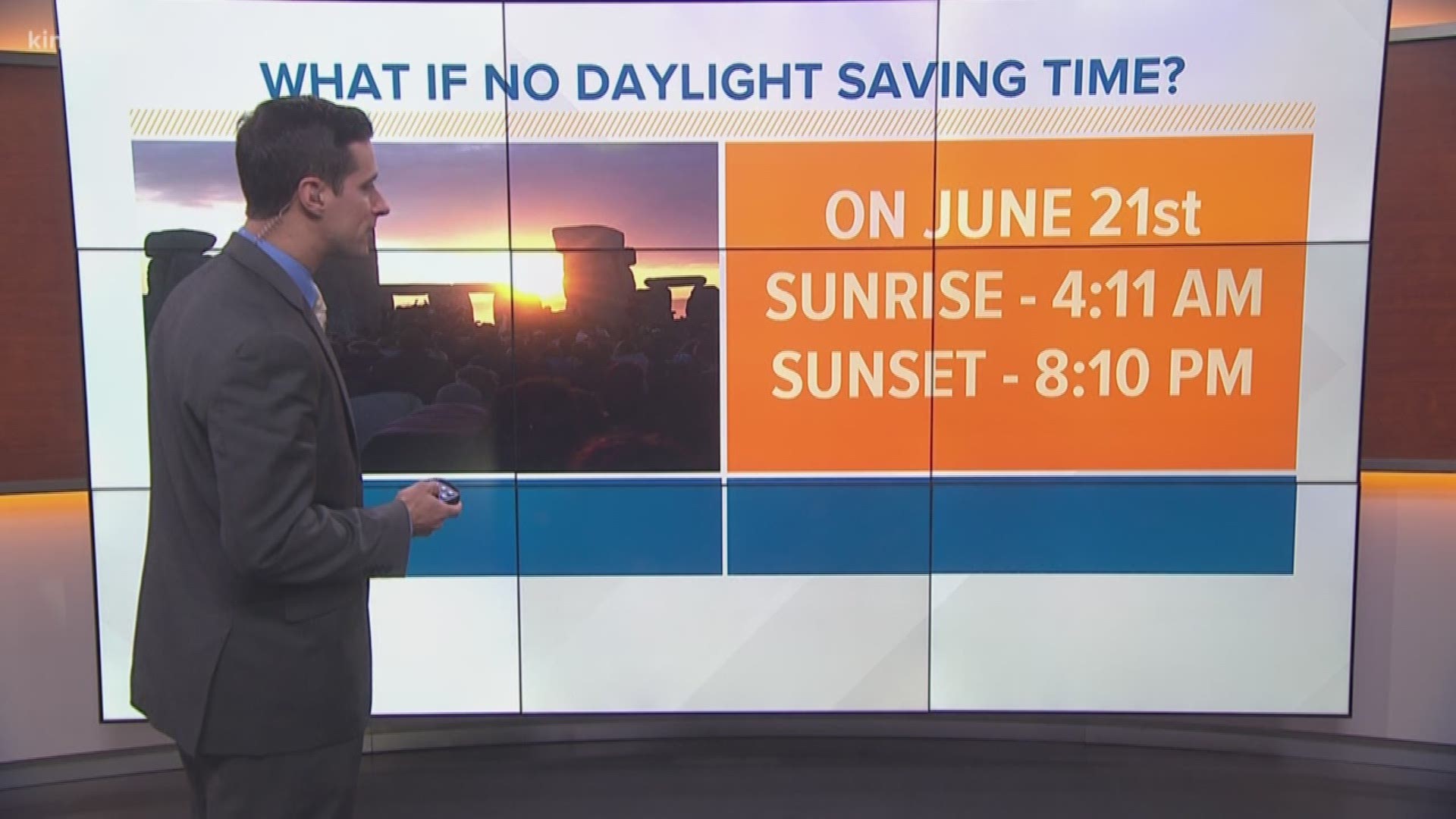 Honeyford proposed a bill two years ago to end DST and move the state to Pacific Standard Time year-round. It was this bill that Honeyford said, received significant pushback. This time around, with a bill moving the state to DST, he said the majority of feedback has been positive.

Sen. Mark Mullet (D-Issaquah) said Washington state can move to standard time today. But a change to DST needs federal approval. Mullet argued that a unified push by all coastal states would send a message to the federal government.

Honeyford, Mullet and other lawmakers on the committee said they want to prioritize a move to daylight saving time in conjunction with California and Oregon. 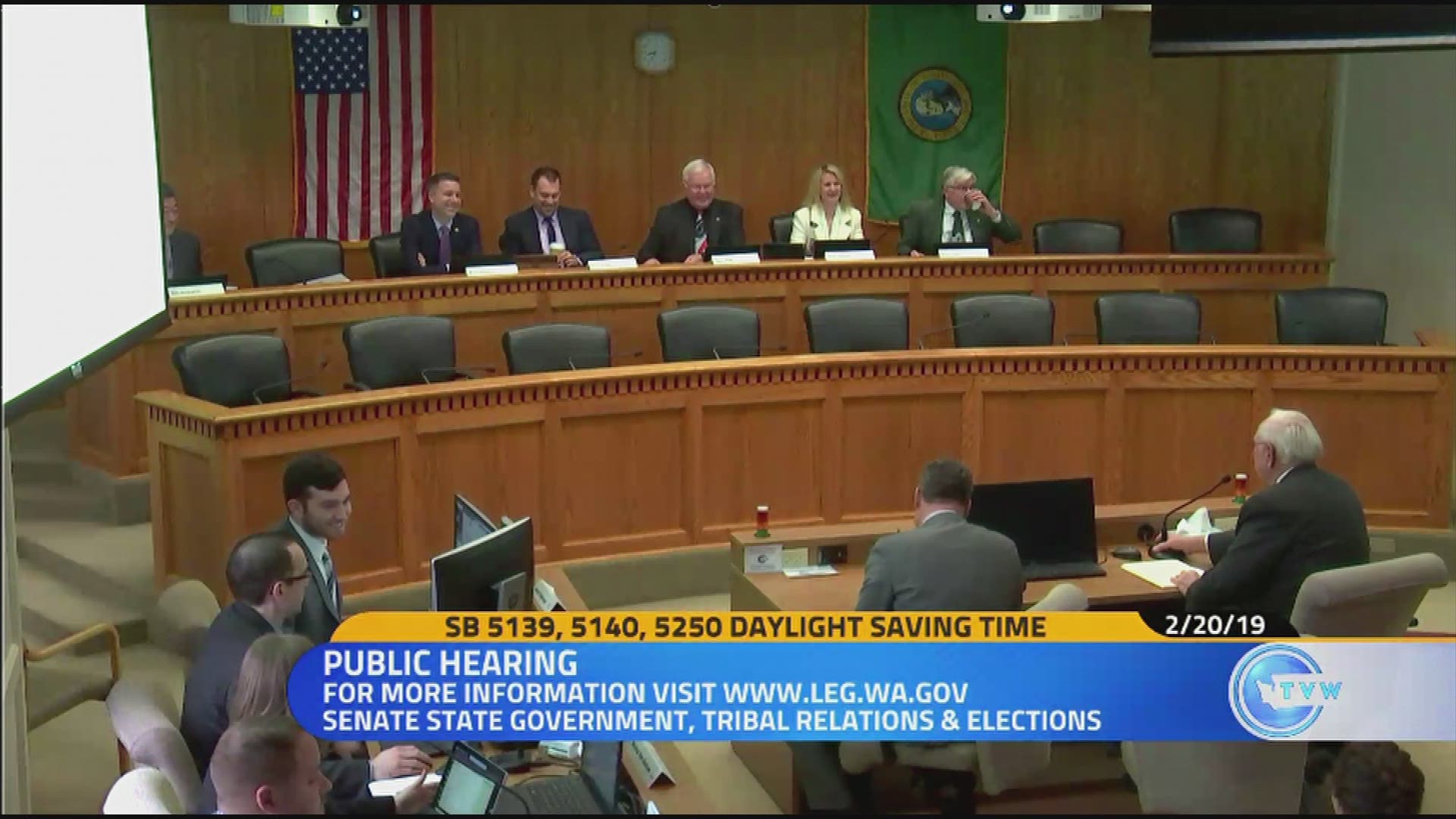 Oregon is adapting Honeyford’s two bills in the state Senate and Idaho, he said, is watching closely behind.

“All I can say is [biannual time changes are] a great annoyance to everyone,” Honeyford said.