Sick horses have forced the Girl Scouts of Western Washington to cancel months of horse camp programs in Carnation. 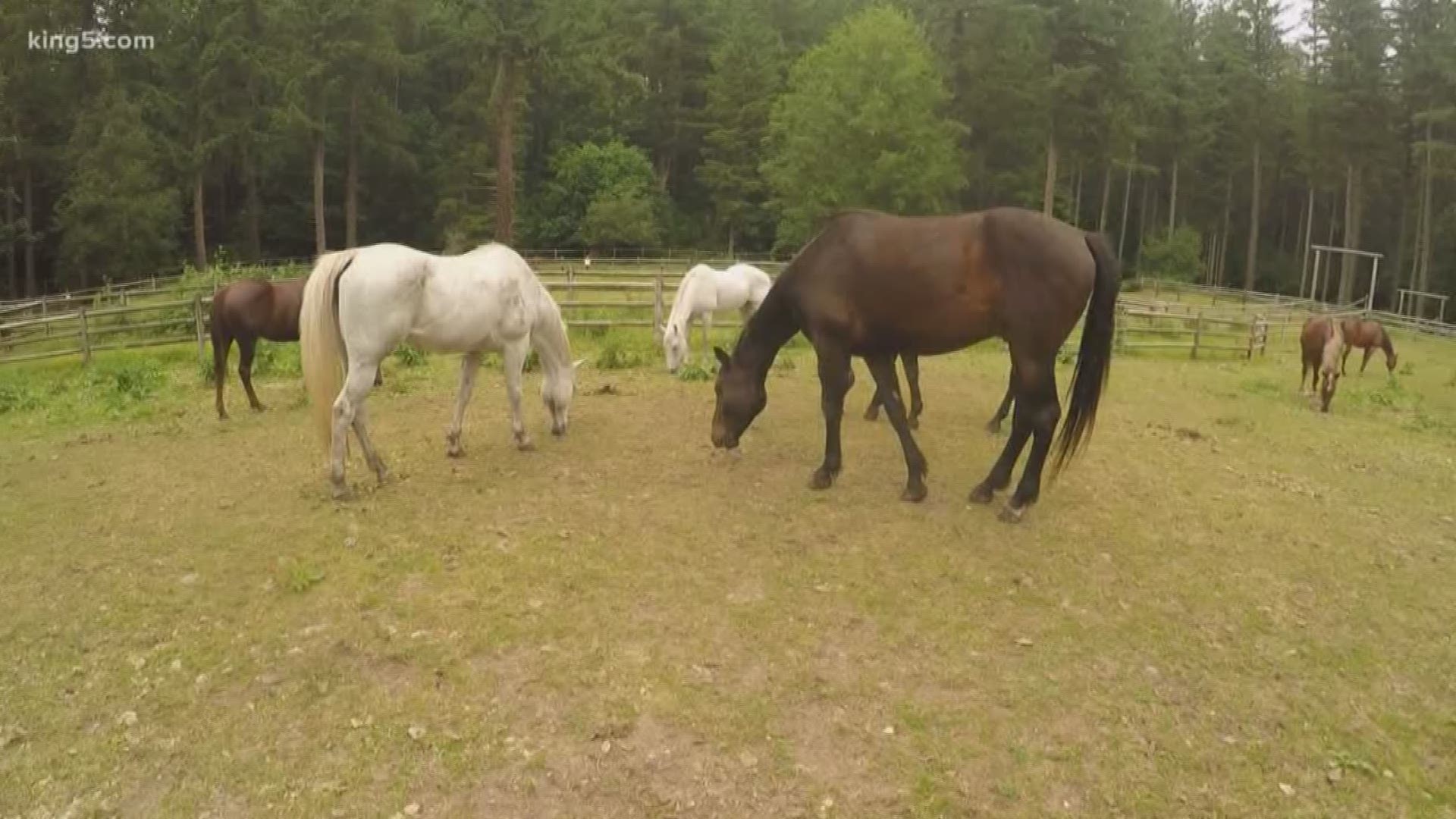 Whether it’s Ichabod or Speckles, it’s hard to have just one favorite horse at the Girl Scouts camp in Carnation.

“They are huge animals that are really powerful and have a lot of strength,” said 12-year-old Brianna Conover. “They are really respected and that makes them really beautiful.”

But right now, the girls at Camp River Ranch can only brush their trusty steeds. Riding is canceled because more than half of the horses are sick.

The camp currently has 15 horses in quarantine. They returned from their winter boarding facility in eastern Washington with a potentially fatal infection called strangles. The infection causes abscesses and swollen lymph nodes that can cut off their ability to breathe.

“We have around the clock observation of the horses to make sure they are eating they’re not choking, they’re getting enough water, and that their temperatures are staying low,” explained Girl Scouts of Western Washington Vice President of Camp Programs and Properties Liz Blackman.

The Girl Scouts of Western Washington expects health costs and lost revenue to add up to about $500,000. The amount is far more than what their budget allows.

“This goes beyond what we traditionally have in reserves for horse care. It is a massively unexpected expense,” Blackman said.

No horses have died so far, but a lot of young campers concerned for their health.

“I was really worried because I am doing horse camp this summer, and these horses are just amazing creatures. I don’t want to have to miss out on such an amazing activity that would make my summer really fun,” said 10-year-old Maura Kirk.

They’ve started a fundraising effort and some of the scouts have even donated their cookie money for the horses.

“I hope that they will get better and that they won’t be sick anymore,” Conover said.

Girl Scouts of Western Washington is hoping to raise at least $100,000. Click here to donate.