Sweeps, like those in Seattle following a series of rock-throwing incidents, are not the only approach being taken. 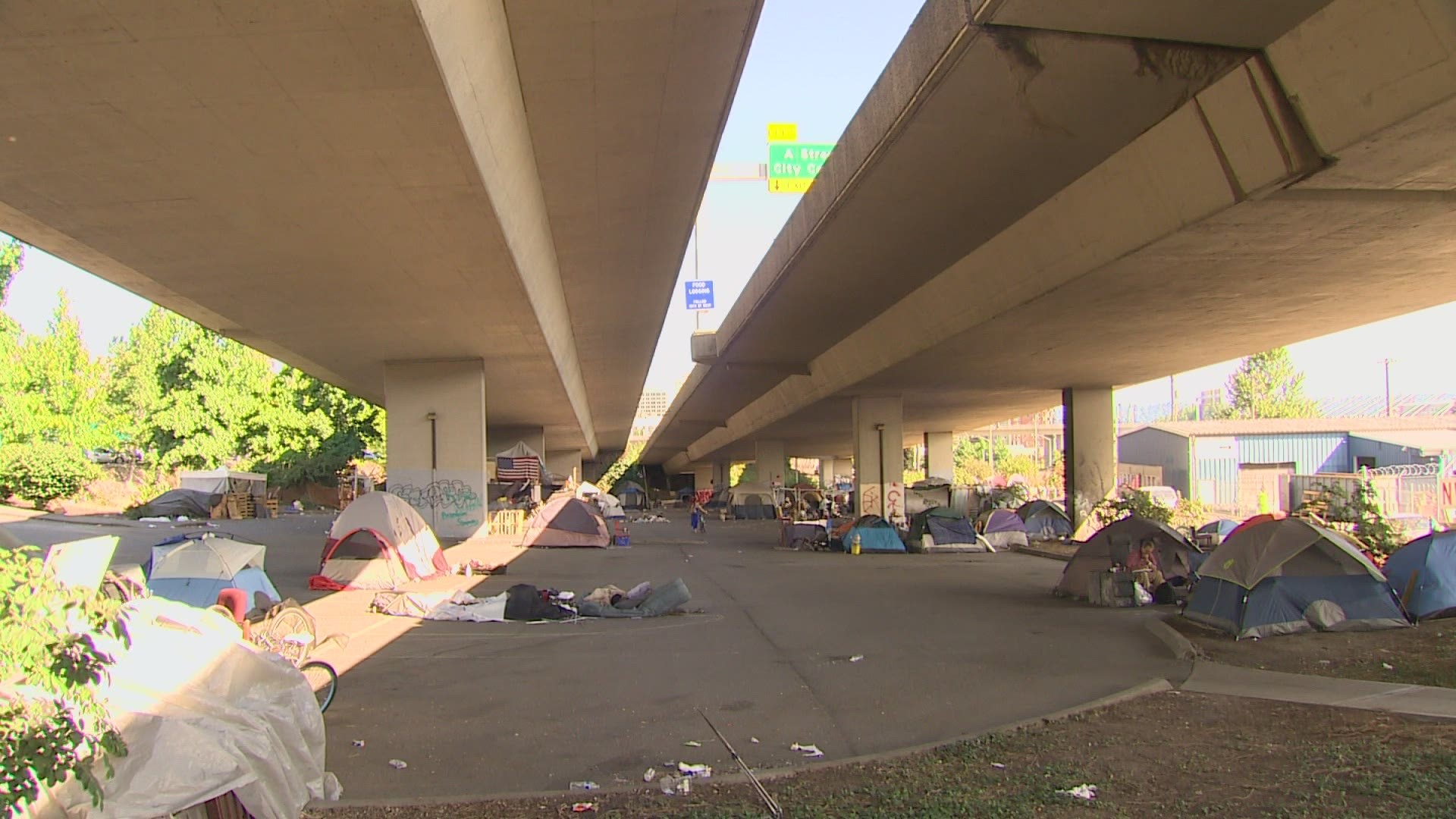 Last week DOT officials, working with the Washington State Patrol, cleared two encampments along I-90 in Seattle following a series of rock-throwing incidents allegedly tied to the sites.

The city of Tacoma is getting $1 million over the next two years to clean up encampments on or near state property. The city is using some of that funding to provide toilets and a hand-washing station to a community of about 50 who live beneath the I-705 freeway near downtown.

Allyson Griffith, assistant director of Tacoma’s Neighborhood and Community Services, said the city would have had a hard time affording those services without the state’s help.

"When the pandemic arrived, the city had to make budget reductions and part of that was reductions to our homeless services area," said Griffith.

She said by mid-September, the city hopes to have new shelter space to provide up to 70 residents with another place to live.

Griffith said ordering the site beneath the highway immediately cleared would not solve the problem.

“If they aren’t willing to accept shelter, or if there isn’t shelter capacity,  they are just going to another location which may be directly across the street, frankly,” explained Griffith.

Wynands said the state wants the properties cleared, but it’s not something that can happen suddenly.

“It’s a long game,” said Wynands, and one the DOT is not equipped to handle without help from local jurisdictions.

“We’re not a social service agency. We’re not a law enforcement agency,” said Wynands. “They handle the outreach and the housing, we can come in and we can do our part to clean up the vacant right of way.”