Unhoused Seattle woman settles with city for $10,000 over sweep of Cal Anderson Park

Five months after the area known as CHOP was dismantled, Seattle's Cal Anderson Park remained a holdout for the homeless. 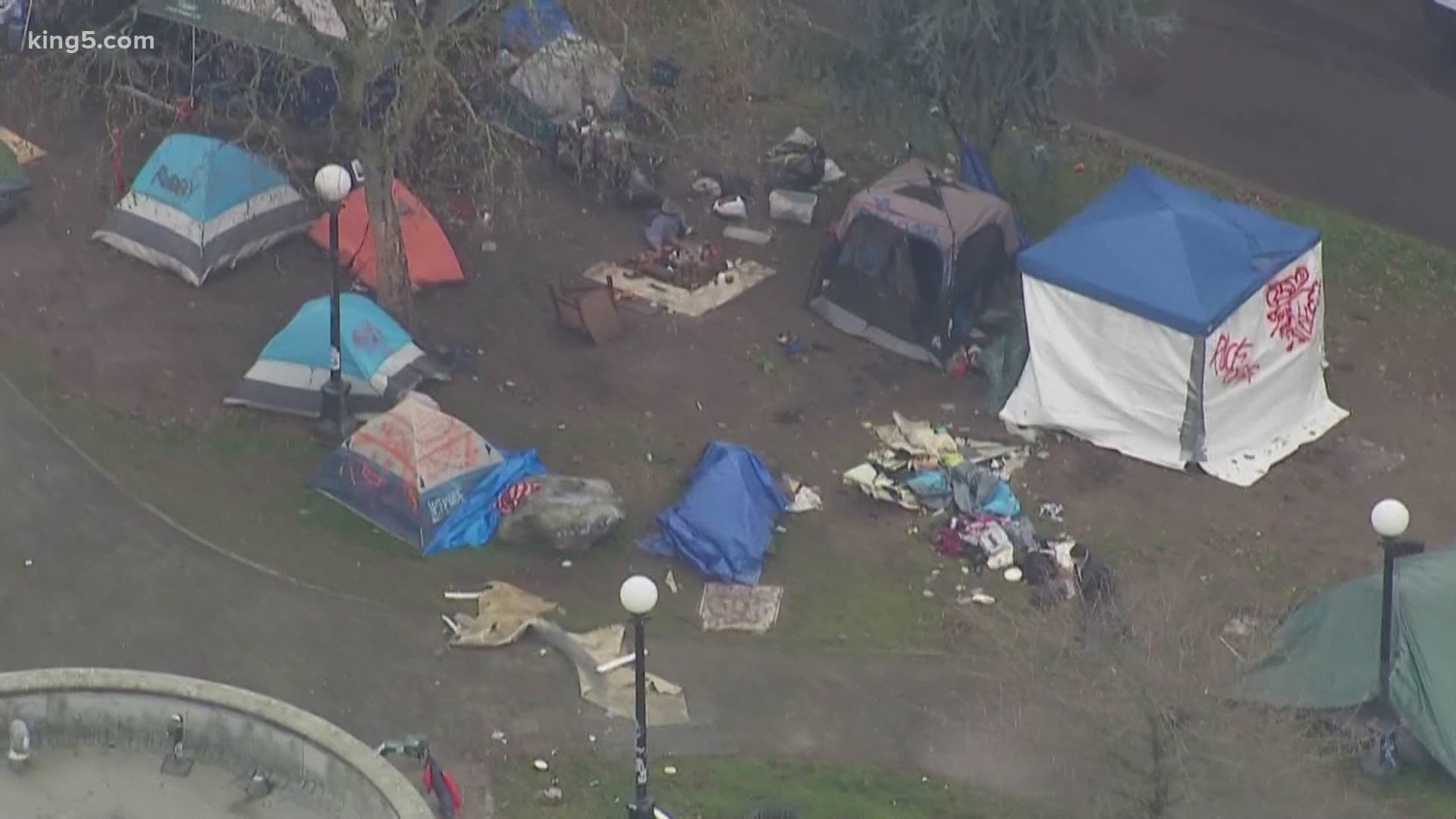 A Seattle woman who claims her civil rights were violated by the city during the cleanup of Cal Anderson Park has settled with the city out of court, according to documents filed in the Western District of Washington.

The Seattle Times reports that Ada Yeager, an unhoused woman, was paid $10,000 dollars by the city of Seattle. KING 5 reached out for comment, but the lawyers representing Yeager would not comment on the case without their client's permission.

Five months after the area known as the CHOP was dismantled, Cal Anderson Park remained a holdout for the homeless.

In mid-December, the city posted notice asking park residents to remove property ahead of an upcoming sweep. That’s when lawyers representing Yeager filed a lawsuit against Seattle.

The mid-December sweep proceeded, with 24 arrests for various charges, including felony harassment, trespass, failure to disperse and resisting or obstructing arrest.

Two months later, Seattle settled out of court with Yeager for $10,000.

“I think that was a settlement based totally on the nuisance value of the lawsuit and that did not reflect on the values of the merits," said Seattle Mayor Jenny Durkan.

“I’ve not had a chance to talk to the city attorney about it yet, but we were confident on the merits of the case. But sometimes, the city attorney decides it may be best to resolve something than to move forward,” Durkan continued.