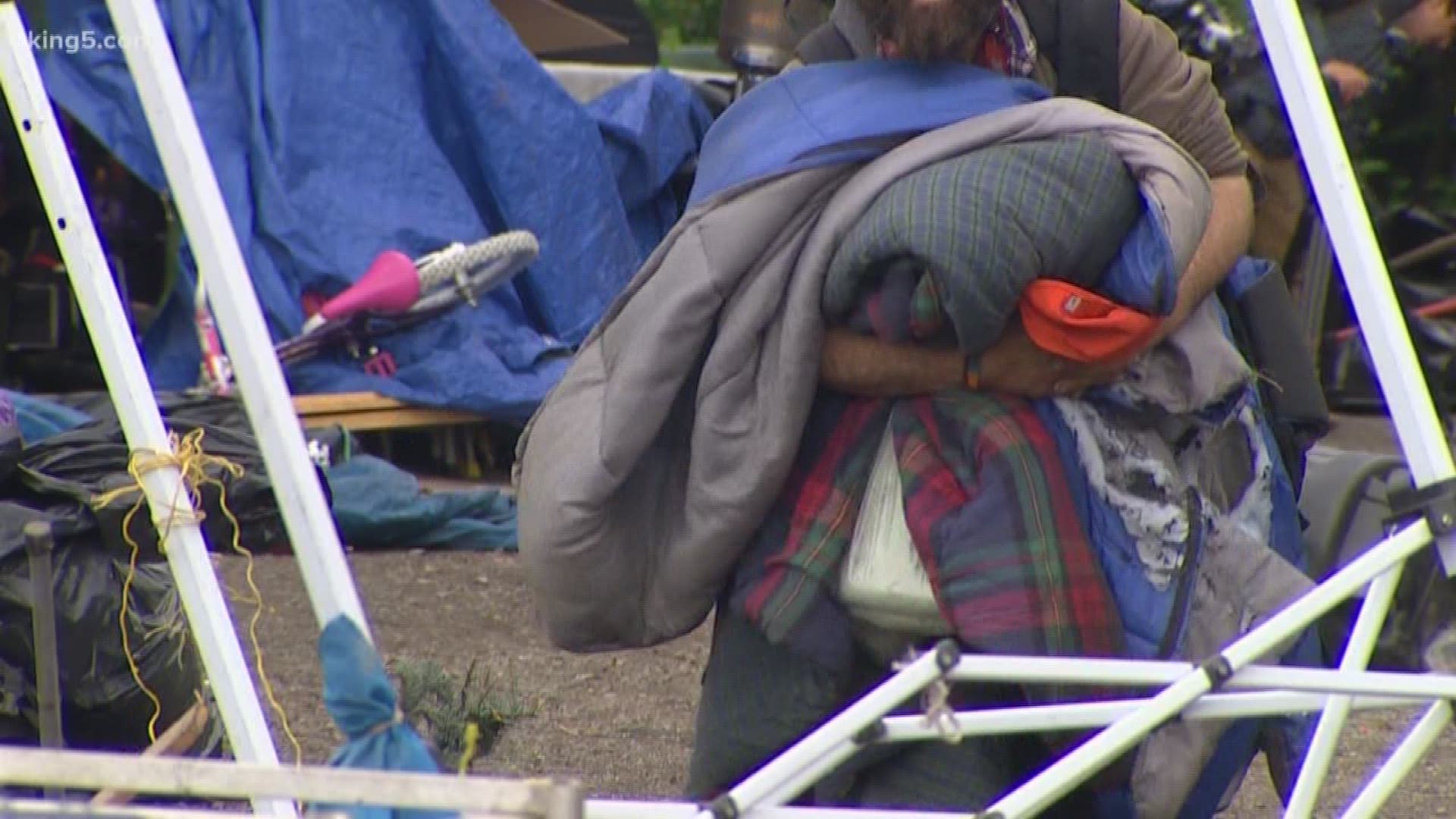 SEATTLE — Editor's note: The above video is from 2019 when data showed homelessness decreasing in Seattle.

A vote by the Seattle City Council paves the way for as many as 40 tiny house villages as part of the ongoing effort to get more people living on the street into transitional housing.

Legislation sponsored by Councilmember Kshama Sawant expands upon an ordinance established in 2015 that will sunset March 31.

The new ordinance was approved with a 6-1 vote on Tuesday. Councilmember Alex Pedersen voted "no." Lorena Gonzalez and Teresa Mosqueda were absent for the vote.

Several amendments proposed by Pedersen, which were rejected, would have created more strict regulations than the legislation proposed by Sawant, including a requirement that would only allow "solid structures" in encampments to "reflect the concept of a 'Tiny House Village.'" No such requirement exists under the approved ordinance, Pedersen noted. A proposed cap of 15 on the number of encampments was also rejected.

The new ordinance allows for more villages on city-owned property or property owned or controlled by a religious organization. It also removes zoning rules.

“This is a historic vote,” said Sharon Lee, executive director of the Low Income Housing Institute. “Tiny House villages are a proven way to help save lives. Over 3 years, nearly 500 people in Tiny House villages have moved into permanent housing. Thanks to Councilmember Sawant for leading in the fight for Tiny House villages. She’s fought hard, along with the movement.”

Sawant said that while the ordinance is "an incredible step forward for Seattle's housing justice movement," funding is not guaranteed. Supporters of the ordinance will "have to fight for that separately," she added.

There are currently nine authorized encampments operating in Seattle that receive city funding to operate. The city spends an average of $390,000 per encampment. The 2019 adopted budget included approximately $4.8 million for transitional encampments.

According to the legislation, between 2016 and 2018, around 500 people transitioned from tiny house villages to permanent housing in Seattle, with other people moving to transitional housing or being reunited friends and family. Over the course of a year, about 1,000 people are served by tiny house villages.